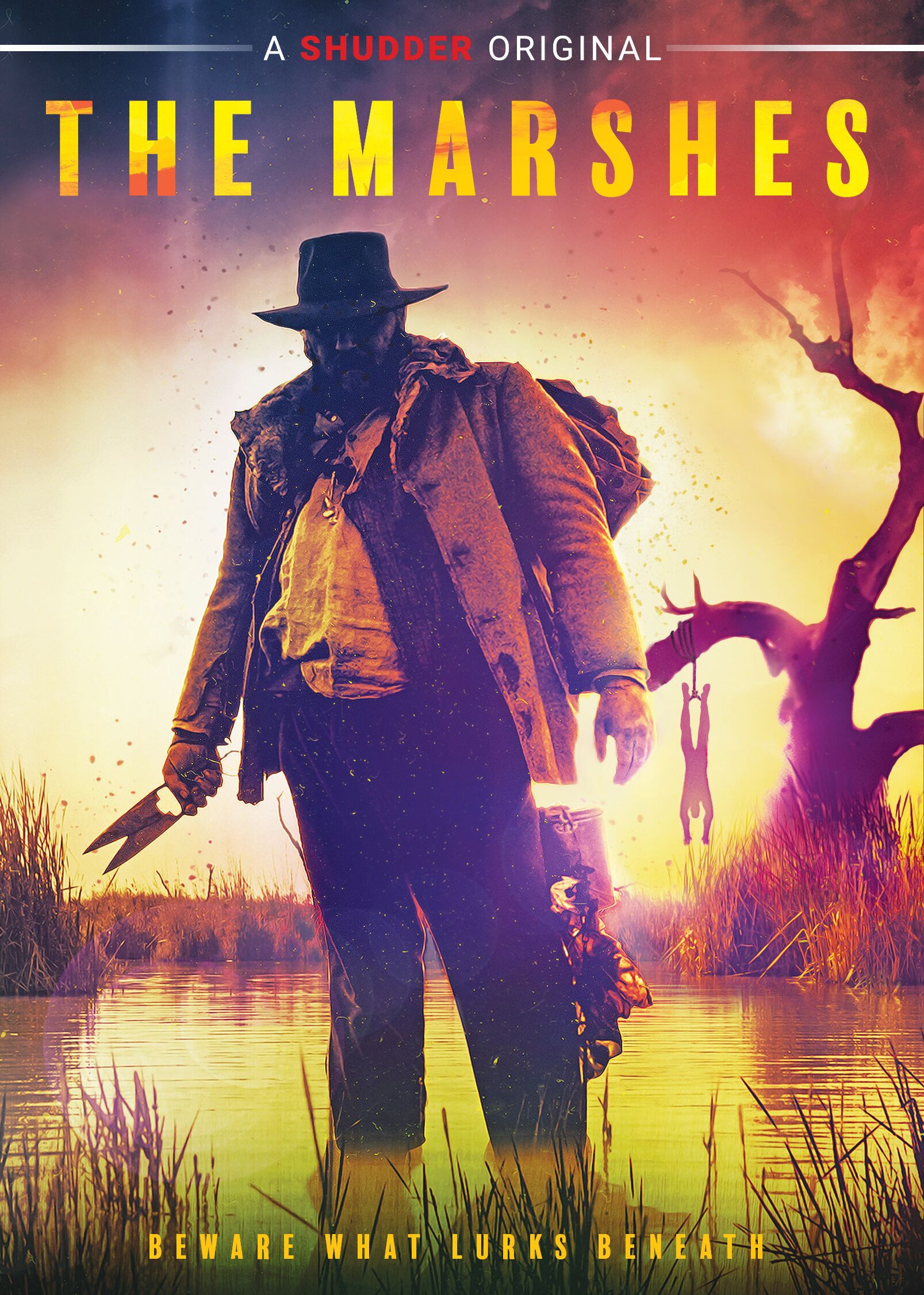 Sometimes the most terrifying predator to humans isn’t a dominating animal that’s innocently searching for food, but instead another person who’s deliberately hunting their prey. That’s certainly the case in the upcoming horror-thriller, ‘The Marshes.’ The calculated, deadly hunt and fight for prey will be brought to life when Shudder and RLJE Films release the drama on VOD, Digital HD, DVD (for an SRP OF $27.97) and Blu-ray (for an SPR of $15.95) next Tuesday, June 16.

In honor of ‘The Marshes’ home release, ShockYa is offering three lucky winners a DVD of the movie. To enter, email us at ShockyaGiveaway@aol.com. Let us know that you’re entering to win the ‘The Marshes’ DVD giveaway in the email’s subject line, and include your mailing address in the message. You have until next Tuesday, June 16, the day of the thriller’s release, to enter, and you can enter the contest once daily. On June 16, we’ll pick the winners at random, and notify them through email. Good luck!

RLJE Films has unveiled the following synopsis for ‘The Marshes’:

When a group of young microbiologists-Pria (Kronental), Ben (Cooper) and Will (Delich)-head deep into the Australian wilderness to test water samples, they inadvertently enter the domain of a mysterious local, Swagman (Baroo). As they travel through the marshes, he stalks their every move, as he’s determined to kill anyone who enters his land.