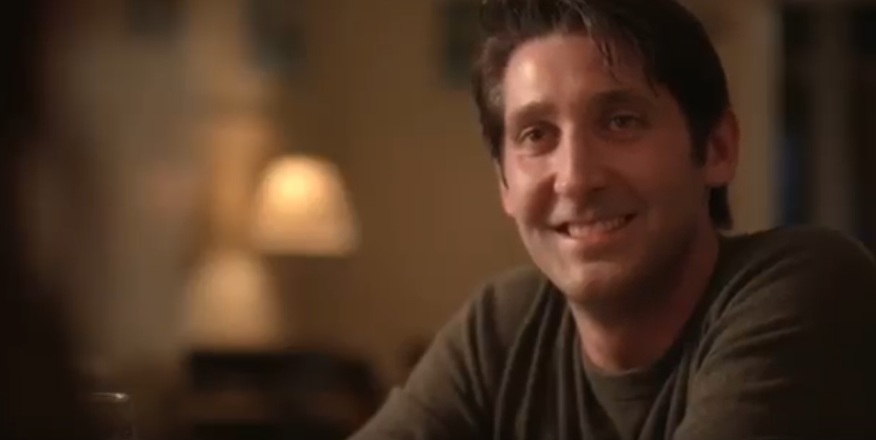 While many people grow to envy the professional and personal achievements of their friends, once they come close to achieving the same goals, they can often times start to develop a palpable sense of dread. That’s certainly the case for actor Chase Fein’s protagonist, Jack DiMercurio, in the upcoming thriller, ‘Up on the Glass.’

Gravitas Ventures is set to distribute the film this Tuesday, September 8 On Demand, Digital and Blu-ray. It can now be pre-order on iTunes.

In honor of ‘Up on the Glass’ release, ShockYa is premiering an exclusive clip from the drama. In the clip, Jack and Liz Shelton, who’s the wife of his friend, Andy, are having dinner together at the married couple’s cottage on Lake Michigan. As they begin eating their meal, during which the two reminisce about the times they spent together when they were younger, Liz asks Jack why he didn’t pursue her romantically during one of their more intimate moments together.

‘Up on the Glass,’ whose story is in the tradition of ‘The Talented Mr Ripley,’ offers a timely discussion of class dynamics in America against the backdrop of Oceana County, Michigan, as well as a dangerous love triangle. The movie was directed and produced by Kevin Del Principe, who also co-wrote the script with his wife, Nikki Brown.

Delving into the reason why he and Brown focused on the timely discussion of class dynamics in the U.S., Del Principe stated, “Growing up in a blue-collar family, the idea that pursuit of higher education would lead to a better life was imbued in me. For so many of my generation, this has not been the case due to a variety of economic and social factors.

“The main character in ‘Up on the Glass,’ Jack, has tried to rise in America, but it has not worked out as he’s hoped. Subsequently, he feels lost, distanced from his peers and the elite institutions that allowed him entry but have not enabled him to climb in them accordingly. Characters like Jack deserve a voice because he embodies so many who have strived but been left behind. For Jack, the pressure he feels due to his class situation and the lack of trust he has in institutions leads to devastating consequences,” the helmer has also shared.

In addition to Fein, the thriller also stars Chelsea Kurtz as Liz and Hunter Cross as Andy. ‘Up on the Glass’ was shot in and around the lakeshore town of Shelby, Michigan, where Brown spent summers as a child.

‘Up on the Glass’ follows Jack, a wanderer who secretly desires the life and wife of his more affluent friend, Andy. Past tensions surface between the two men during an informal reunion at Andy’s cottage on Lake Michigan. One heinous act allows Jack to draw close to Liz, but he finds living Andy’s life is a dangerous lie.

Title
ShockYa's Exclusive 'Up on the Glass' Clip
Description

ShockYa is premiering an exclusive clip from co-writer-director-producer Kevin Del Principe's thriller, 'Up on the Glass,' which features Chelsea Kurtz and Chase Fein.