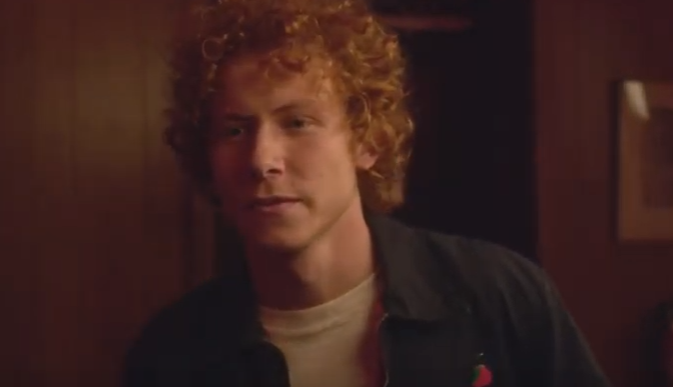 When people’s dreams start to fall into place, their uncertainly about how to handle their new reality can often inhibit them from reaching their ultimate goal. That’s certainly the case for actor Mcabe Gregg’s protagonist of Brad Jaffe in the new comedy, ‘Teenage Badass.’ In the film, Brad joins a local band, in order to pursue his ambition of becoming a musician. But as all of their dreams start to become a reality, the group’s egocentric singer-songwriter threatens to make them lose everything.

‘Teenage Badass’ was distributed this weekend on VOD, courtesy of Freestyle Digital Media. In honor of the movie’s release, ShockYa is premiering an exclusive clip from the rock-n-roll-driven feature. The comedy’s official distribution comes after the film was supposed to premiere in Narrative Competition at this year’s SXSW in March.

Set in 2006, Brad, a teenage drummer, dreams of making it big in a rock band. Brad and his single-mother, Rae (Julie Ann Emery), struggle to get by as he refuses to give up. On a fluke, Brad joins a new indie rock band, Stylo and the Murder Dogs, which is fronted by singer-songwriter Kirk Stylo (Ultra).

The band then lands a shot to play on a local news show. With the town buzzing from their performance, Brad’s dreams inch closer when he and his fellow musicians are asked to record with Jordan (Corrigan), a legendary local producer. Just as everything seems to be falling into place, a series of chaotic events threaten everything.