Trying to contain a deadly virus that has been unleashed on the world is unfortunately not only unfolding in tense genre films this year. As life and art are imitating each other this fall, actor Bart Hollanders’ protagonist in the upcoming horror movie, ‘Yummy,’ is determinedly fighting to stop the spread of a zombie virus outbreak that he unintentionally released in the hospital he’s visiting. Just like in the real world, he’s doing whatever it takes to help get life back to normal, so that no one has to worry about the continued spread of the lethal illness.

In honor of ‘Yummy’s disc release, ShockYa is offering two lucky winners a Blu-ray of the movie. To enter, email us at ShockyaGiveaway@aol.com. Let us know that you’re entering to win the ‘Yummy’ Blu-ray giveaway in the email’s subject line, and include your mailing address in the message. You have until Tuesday, October 6, the day of the discs’ distribution, to enter, and you can enter the contest once daily. On October 6, we’ll pick the winners at random, and notify them through email. Good luck!

RLJE Films has unveiled the following synopsis for ‘Yummy’:

While waiting for his girlfriend to come out of surgery, Michael (Hollanders) stumbles upon a terrified young woman, gagged and strapped to an operating table; she is the result of an experimental rejuvenation treatment. Offering to help her escape, he removes her restraints but soon realizes he’s just unleashed a virus that will turn the entire hospital into bloodthirsty zombies. 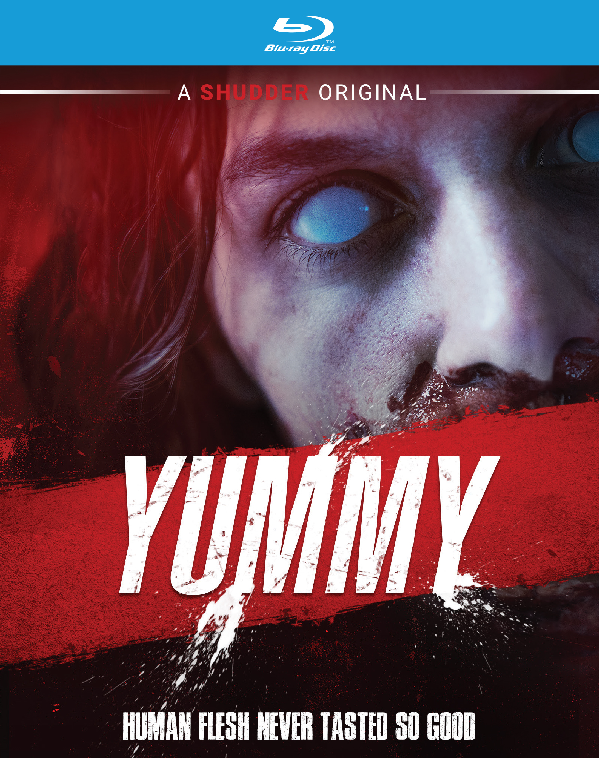