Many people in modern society are becoming increasingly reliant on technology to improve their lives, especially during the past six frightening months that the world has been contending with the COVID-19 pandemic. But there are still people who are resisting humanity’s exodus to, and dependence on, virtual reality and technology, including actor James D’Arcy’s complex protagonist in the new sci-fi film, ‘LX 2048.’

Quiver Distribution is set to release the near-future dystopian drama tomorrow in North American virtual theaters and digital platforms, including Amazon, iTunes, Comcast, Spectrum, Dish, DirecTV and Vudu. Guy Moshe wrote and directed ‘LX 2048,’ which follows D’Arcy’s character as he determinedly searches for a way to protect his wife and sons before his virtual reality takes his place and separates his family forever.

‘LX 2048,’ which is set in the title year, shows how mankind has destroyed the ozone layer to such a degree that normal human beings cannot be out in direct sunlight. People spend their waking hours at night and almost everything is done inside the virtual realm. From work to school and socializing, most people just stay home and conduct their affairs from their virtual reality designated spaces. Mental depression has become so prevalent that the entire population is required to take the state issued pill 001LithiumX.

In this new world order, Adam Bird (D’Arcy) is a rare breed. Adam insists on waking up during the day, leaving his house and going to work in a physical office. He has three kids in a time when most people barely breed, and he adamantly refuses to take 001LithiumX. Overall, he fights to stay human in a world that’s rapidly transforming into the artificial.

But things change when Adam is told by his doctor that his heart is mysteriously failing. With no possibility for an organ transplant, Adam is now scheduled to be replaced by a cloned upgrade, which is an improved version of himself that will be supplied to his estranged wife, Reena (Anna Brewster), as part of the Premium 3 government insurance plan. Spiraling out of control, Adam starts living on borrowed time, and seeks to find a solution before his replica is sent to raise his kids and replace his existence in all areas of his life.

Moshe and D’Arcy generously took the time recently to talk about writing, directing and starring in ‘LX 2048’ during an exclusive video interview over Zoom. Among other things, the filmmaker and actor discussed what inspired Moshe to pen the screenplay, and how his work on the script influence his helming duties on the set. D’Arcy also mentioned what it was about his character of Adam, as well as the scribe’s overall story, that convinced him to take on the protagonist role. The duo also described what the process of creating the visuals for the movie, including the stunt work and production design for the futuristic apartment and office that Adam lives and works in, was like during production.

Watch our exclusive video interview with Moshe and D’Arcy above, and the official trailer for ‘LX 2048’ below. 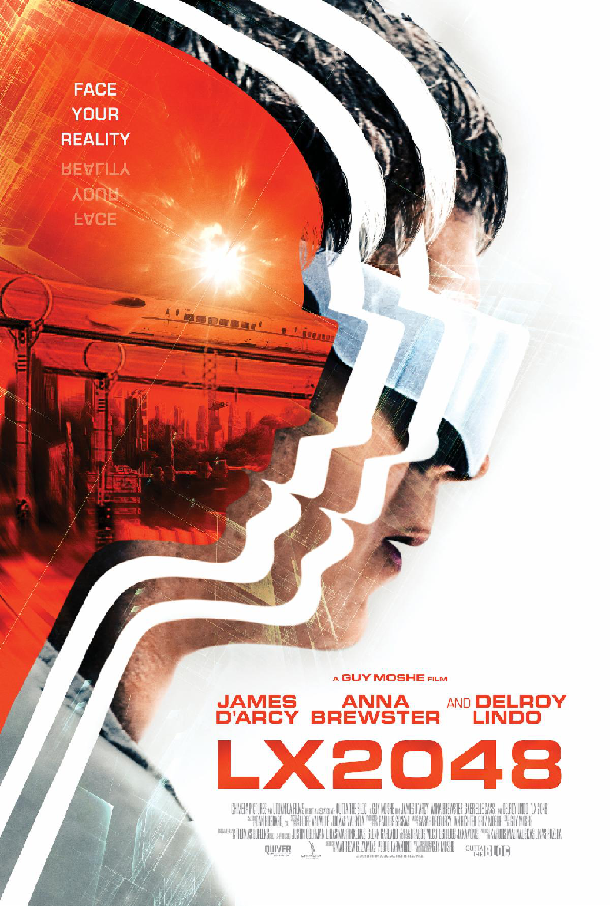