First love, no matter what it looks like, can offer teenagers the hope and courage to be who they truly are, and shape who they will become for the rest of their lives. That important message drives the upcoming romantic comedy-drama, ‘Dating Amber,’ which serves as a love letter to the adolescents who feel different and need to escape in order to be themselves.

The relatable coming of age movie, which chronicles how teens are influenced by how they’re loved by the people in their lives, will unfold on screen when Samuel Goldwyn Films distributes it on digital and On Demand next Tuesday, November 10. ‘Dating Amber’ was written and directed by David Freyne, who based the script on his experiences when he was an adolescent.

In honor of ‘Dating Amber’s digital and On Demand release, ShockYa is offering three lucky winners an iTunes code for the feature. To enter, email us at ShockyaGiveaway@aol.com. Let us know that you’re entering to win the and On Demand iTunes code giveaway in the email’s subject line and message. You have until next Tuesday, November 10, the day of the feature’s release, to enter, and you can enter the contest once daily. On November 10, we’ll pick the winners at random, and notify them through email. Good luck!

The comedy-drama stars Lola Petticrew in the title role, as well as Fionn O’Shea, Sharon Horgan and Barry Ward. The story follows a closeted gay teen, Eddie (O’Shea), and his lesbian counterpart, Amber, who pretend to be a couple to avoid suspicion. 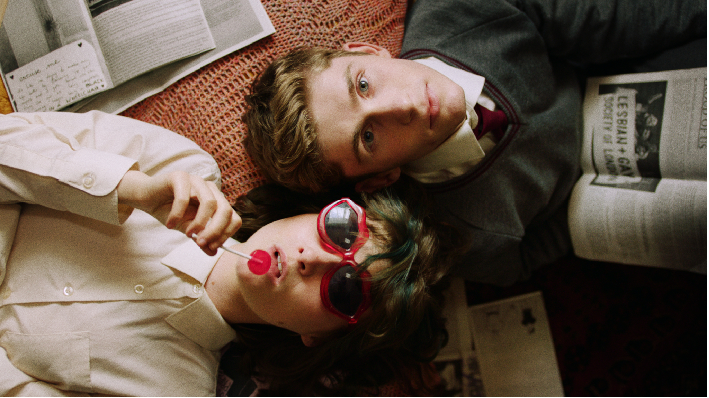