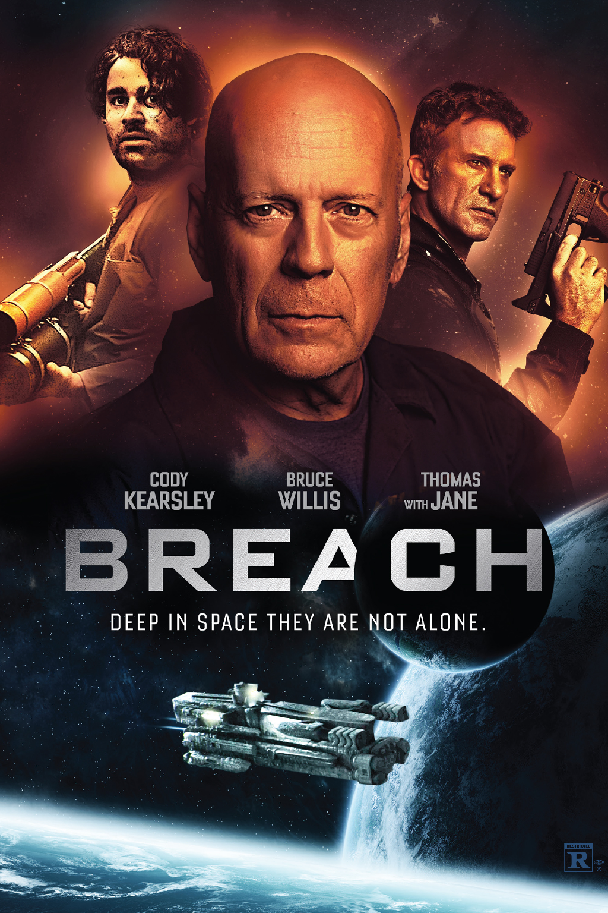 Fleeing a devastating plague on Earth is entirely too realistic this year, but Bruce Willis is discovering that escaping may not ultimately bring the peace that people are searching for in his upcoming sci-fi movie, ‘Breach.’ The Golden Globe Award-winning actor’s character, Clay Young, is set to flee the plague in an interstellar ark, but his plans are stopped when the ark comes under attack from a new threat: a shape-shifting alien force that’s intent on slaughtering what’s left of humanity.

Saban Films is set to release the action drama in theaters, as well as On Digital and On Demand, on Friday, December 18. ‘Breach’ was written by Edward Drake and Corey Large, and directed John Suits. In addition to Willis, the movie also stars Cody Kearsley, Rachel Nichols and Thomas Jane.

In honor of ‘Breach’s theatrical, On Demand and Digital distribution, ShockYa is offering three lucky winners a digital download code for the film on Paramount Movies’ official website. To enter, email us at ShockyaGiveaway@aol.com. Let us know that you’re entering to win the ‘Breach’ digital download code giveaway in the email’s subject line and message. You have until Friday, December 18, the day of the drama’s release, to enter, and you can enter the contest once daily. On December 18, we’ll pick the winners at random, and notify them through email. Good luck!