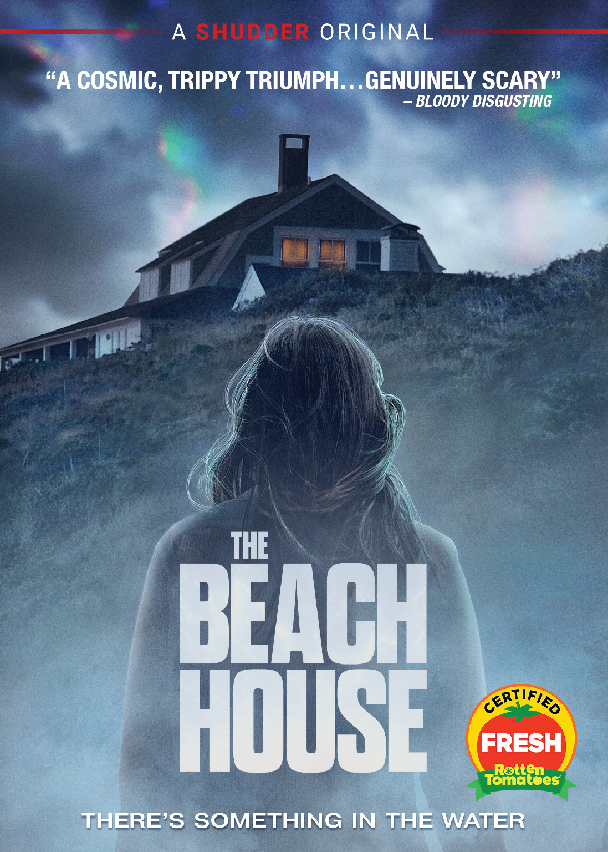 The cover for the DVD of writer-director Jeffrey A. Brown’s horror film, ‘The Beach House.’

What begins as an idyllic escape from reality is quickly transforming and morphing into a living nightmare for the four protagonists of the horror movie, ‘The Beach House.’ Their weekend getaway, which starts with an indulgent night of partying, leads to terror of apocalyptic proportions when a mysterious airborne microbe infects the water surrounding the title house.

RLJE Films is set to distribute the drama next Tuesday, December 15 on DVD for an SRP of $27.97, and on Blu-ray for an SRP of $28.96. The movie will also be released on VOD and Digital HD.

‘The Beach House’ marks the directorial feature debut of Jeffrey A. Brown, who also wrote the screenplay. The film stars?Liana Liberato (‘Light as a Feather‘), Noah Le Gros (‘A Score to Settle’), Maryann Nagel and Jake Weber (‘Dawn of the Dead,’ ’13 Reasons Why’).

In honor of ‘The Beach House’s disc release, ShockYa is offering two lucky winners a DVD of the drama. To enter, email us at ShockyaGiveaway@aol.com. Let us know that you’re entering to win the ‘The Beach House’ DVD giveaway in the email’s subject line, and include your mailing address in the message. You have until next Tuesday, December 15, the day of the movie’s release, to enter, and you can enter the contest once daily. On December 15, we’ll pick the winners at random, and notify them through email. Good luck!

RLJE Films has released the following synopsis for ‘The Beach House’:

Hoping to reignite their relationship, college students Emily (Liberato) and Randall (Le Gros) arrive at their weekend getaway only to discover a peculiar older couple, Jane (Nagel) and Mitch (Weber), already staying there. They all agree to share the home, but after an indulgent night of partying, they’re awoken to a living nightmare of apocalyptic proportions. A mysterious airborne microbe has infected the water and it’s making its way to the house.