Finding the strength to persevere during challenging circumstances is a powerful motif for both the title protagonist and the filmmaker behind the new thriller, ‘Alice Fades Away.’ Ryan Bliss, who made his feature film writing, directorial and producing debuts on the drama, crafted a progressive, contemporary take on a classic tale that modern viewers will surely be able to relate to while they watch the eponymous character’s emotional journey. Actress Ashley Shelton’s character of Alice overcomes her fears in order to protect her and her young son’s lives, identities and legacies against a powerful family that will do anything to get what it wants.

1091 Pictures is releasing ‘Alice Fades Away’ today in the U.S. and Canada on VOD on such platforms as iTunes/AppleTV, Amazon, Google Play, Microsoft, Vudu and FandangoNOW. The distribution comes after Bliss triumphantly overcame such battles as shooting the independent movie in segments over the course of several months, due to budget constraints, and determining the best way to release the film during the current COVID-19 pandemic, during which many theaters are still closed.

‘Alice Fades Away’ follows the title protagonist, Alice Sullivan, as she goes on the run. She decides to take refuge on her uncle’s farm, which is now serving as the home for World War II survivors who are suffering from PTSD. She’s taken in by its residents until Holden (Timothy Sekk), a murderous figure from her past, arrives. His mission is to return Alice’s son, Logan (Paxton Singleton), to his grandfather, the wealthy patriarch of the dangerous Sullivan family. Alice’s disturbed nature and increasing paranoia force the residents of the farm to make a decision: fight to protect her, or give her over to Holden, despite his increasingly violent and unpredictable ways.

Bliss generously took the title recently to talk about writing, directing and producing ‘Alice Fades Away’ during an exclusive interview over Google Meet. Among other things, the filmmaker discussed that he was in part inspired to pen the script because his family has a farming background in New England, so he has knowledge about the challenges of maintaining a farm, and he also has interest in history during, and immediately after, World War II. He also mentioned that he enjoyed filming the thriller on location on a couple of real farms in Massachusetts, as the process helped the cast and crew create and maintain a bond during the shoot, especially during the months the production was on hiatus.

The conversation began with Bliss discussing what inspired him to scribe the screenplay for ‘Alice Fades Away.’ “I got the script together in 2016, and it took me almost all year to write it. My family comes from a farming background in New England, so we have a lot of farms in our family, even to this day, especially in Western Massachusetts. So I wanted to write something that involved that farming background,” he shared.

“I’ve also always been in love with World War II history. I knew that we weren’t going to be making a war movie, but I also knew that I could get into the world of PTSD in people who were coming back from the war,” the writer continued. “At that time, it wasn’t really discussed at all; it was kind of swept under the rug.

“So the idea was to put all of these people in this place, which is like a commune. Then we dropped some danger in there,” Bliss mentioned. “I had been living with the story in my head for so long, the script went through so many rewrites, just to develop it,” he also shared.

After he finished penning the script, the filmmaker embraced the experience of being able to start his work as a first-time feature film director. “Getting on set and seeing it all become a reality is one of the most exciting things that you can do as a director. To see it all come together, and not necessarily in the way I initially envisioned it in my head, was elating. It was a very unique experience, but ultimately very rewarding,” he shared.

“It was also a really fun thing to watch the actors interpret my writing in their own way, and really take ownership of their characters. I loved that, and thought it was excellent,” Bliss gushed.

“I told Ashley, who plays Alice, to put the dialogue into her own words. I also told her that if she saw something in the script that she didn’t like to tell me, and we could work on it together to make it an even stronger character,” the filmmaker revealed.

“We did that for about three months before the actual shooting began; we developed the character together, including the big monologues that she has. If she wasn’t feeling anything, she told me and we worked on it together,” Bliss added.

Further delving into the process of bringing Shelton on to play Alice, the helmer explained what the casting process was like for the movie. “I did it mostly myself on Backstage and other casting websites, and we got really lucky. She’s been doing great work on many different indie films that have been coming out, as well as some TV shows. So I felt very lucky to get all these people involved.”

After the actors and actresses were cast, “We shot the movie in segments. We shot all of the scenes on the farm first, over a three-week period. We then took a year-long hiatus and cast William Sadler,” Bliss also shared.

“We had a great time, and everyone was very professional. Some people were on set for a shorter amount of time than others, but while we were all there, it became like a family unit,” the filmmaker also divulged.

“We all just jumped into this thing together and had an adventure. But some of the scenes and moments are so intense that the emotions became so real. We felt that on the day, and hope viewers can feel that,” Bliss added.

Also following on the experience of shooting ‘Alice Fades Away’ on location on farms in Massachusetts, the director noted that “There were two farms that we used (on the set to represent the) one location (in the film). There was one farm that we used for the outdoor locations, and another farm for the indoor scenes. One of those farms was in my family, and that’s how we gained access to it.”

The drama was also able to shoot Sadler’s scenes on the same well-known farmland and mansion in Massachusetts that were used in such films as ‘Little Women (2019)’ and ‘The Equalizer.’ “We were a tiny production, but I got to know the manager of the place really well. So we were able to sneak in there while ‘Little Women’ was gearing up to get going,” Bliss revealed.

The filmmaker added that shooting ‘Alice Fades Away’ in a couple of different segments and locations was one of the most challenging aspects of making the feature independently, because the cast and crew “didn’t have the luxury of staying completely in the world of the story and characters. Sometimes you’re forced to get out of that world and deal with anything and everything that pops up on the day. Luckily, I had a production team that helped me with that stuff as much as possible. But at the end of the day, I’m responsible for everything, and there were definitely times that I had to walk away from the creative side for a minute and take care of something else, even things as small as food.”

Bliss also delved into the experience of producing the thriller during the production. “Most of this film was self-funded, and a portion of it was also funded by family and friends. As a result, we had to film the movie in segments to make it work financially. We were very lucky that the cast was willing to come back after such a long extended period of time, and I’m very happy about that.

“On my next project I’d love to have a shorter schedule, and try to film everything all at the same time over a three-to-four week period,” the producer shared. “Creating an ensemble period piece on a budget is a very difficult thing to do.”

Further speaking of creating a period movie, the helmer noted that “We had a great wardrobe person who created each character’s specific costumes. Everyone on the farm wore more farm-like dresses and overalls,” he shared. “Then with Alice and her family, they come from a more high-class, wealthy family. In the beginning of the movie, she wears a lot of very nice dresses. But once she gets to the farm, she can’t wear the same thing everyday. So she has to get clothes from the other people there, and she becomes one of them in that sense,” he added.

In addition to the costume design, ‘Alice Fades Away’s chilling atmosphere was created in part by its music and score. Bliss gushed that the drama’s composer, Christopher French, “did a fantastic job. I always knew I wanted to do a very atmospheric tonal score, and he was very much on board with that. We also added instrumentation, and the main idea was always to go for atmosphere and dread above all else,” he shared. “I think he did a fantastic job, and working with him was excellent.”

The director also shared why he’s thankful that ‘Alice Fades Away’ is able to have its digital release. The distribution “was an interesting thing. Obviously, COVID changed everything. I think we finished post-production in February of last year. That was the worst timing imaginationable because in March (theaters) shut down. So there weren’t any (in person) film festivals after that.

“We had been working on the movie for so long that we were very anxious to get it out into the world. We thought this would be a perfect time to do that. Luckily, 1091 Pictures stepped up, and we’re very gracious that they did, because they’ve been doing amazing things for the movie. I couldn’t be happier with how it’s being released,” Bliss concluded. 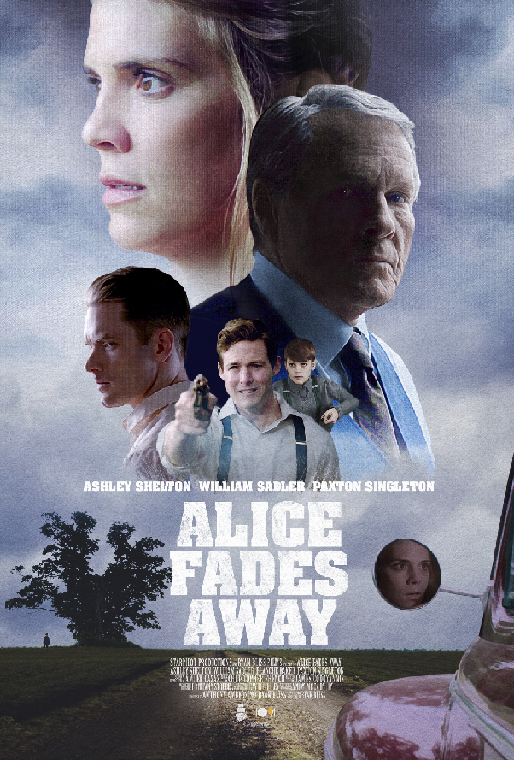