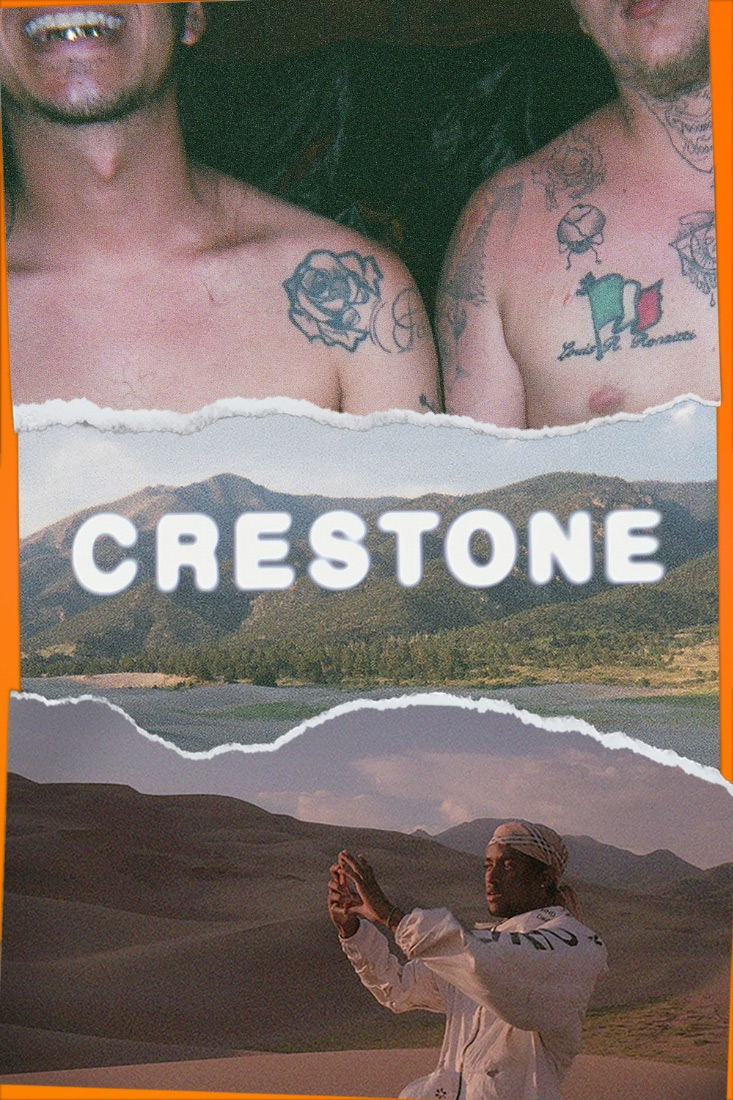 The most intriguingly cinematic movies are often the ones in which the characters presented on screen and the filmmakers behind the camera are constantly reinventing themselves to adapt to any situation they find themselves in. That’s certainly the case for both the subjects and director of the new documentary, ‘Crestone.’

Helmer Marnie Ellen Hertzler, who also served as the writer and editor on the movie, chronicles her reunion with several of her former high school classmates for ‘Crestone.’ The filmmaker set out to document their lives and careers as musicians, which they’re leading in solitude in the title Colorado desert town.

While the secluded group of SoundCloud rappers are continuously evolving to remain connected to their listeners as they create new tracks for the internet, Hertzler adapted to the changing landscape of how films have been released over the past year, since the COVID-19 pandemic closed most theaters last March. Utopia Studios is now distributing ‘Crestone’ today on VOD, after it was chosen to be an official selection at last year’s SXSW, and later premiered at the True/False Documentary Film Festival.

Hertzler generously took the time recently to talk about writing, directing and editing ‘Crestone’ during an exclusive interview over the phone. Among other things, the documentarian discussed how her helming style was very collaborative with the musicians during the production, as she incorporated some of her own ideas into the story, and also encouraged them to suggest their own plot concepts while they were filming. She also mentioned that she worked with alternative band, Animal Collective to create the score for the movie, in an effort to highlight the environment the rappers live in.

The conversation began with Hertzler discussing what inspired her to make ‘Crestone,’ and how the feature came together. “I had been in touch with some of my friends from high school who are living in Crestone. I knew they were out there making music, and they invited me out there. So I had the opportunity to go and shoot the movie with them. It was developed through a series of conversations, as well as watching YouTube videos, and heading out there and seeing them work on their music,” she shared.

Once she decided to make the documentary, Hertzler’s established relationships with the musicians helped her in her directorial duties. So she didn’t feel the need to do much research into their musical careers during her preparation process.

“I already knew them, so the research wasn’t as intense as it would be for other subjects. Since I knew them, I knew what they were up to, and we were in conversation. That’s when things really took form, and we developed the narrative together. So it was less about research, and more about just shooting the film,” the documentarian shared.

Hertzler then delved into what her directorial approach was like once production began on ‘Crestone.’ “It was pretty collaborative with the musicians. I knew there were a few things I wanted to shoot that I had scripted and ran by everyone. The rest of it was whatever they wanted to do,” she noted.

“I knew we wanted to shoot some music videos together, so we were able to do that. They also had locations they wanted to shoot in,” the filmmaker continued. “So (the filmmaking process) was very collaborative-it was about 50-50. I was the one who was directing the fictional plotline, and the guys were just being themselves.”

Following up on the experience of filming the movie in the title town, Hertzler further explained what the experience was like of shooting the feature on location. “Crestone, Colorado is so beautiful, and everything there is so big. But it can also be very isolating, and I think that really drove the story,” she shared. “We always knew that we wanted the location to be somewhat of a character in the film, in the way that it affected the storyline, particularly in showing the guys and their lifestyles.”

The experience of shooting the music videos with the musicians was also something that the director enjoyed during the production of the movie. “That was also pretty collaborative. I knew the songs that I wanted to shoot and that they wanted to shoot. It was a shared idea of what we could do with what we had around us,” she revealed.

“When I came back home and began editing, I worked with a special effects artist named Meredith Moore. We watched a lot of music videos, which helped us develop the special effects for the language of rap videos today,” Hertzler added.

Speaking of the editing process, besides writing and directing ‘Crestone,’ the filmmaker also co-edited the feature with Albert Birney. The helmer explained what the process of putting the final version of the documentary together was like during post-production.

“It was a long process. We shot the movie in eight days, so the footage was limited, and we used pretty much everything we shot, except for one scene,” Hertzler revealed. “During the edit, we added additional content from Instagram and different social media outlets. That was happening as they were uploading content to their social media accounts. It was very collaborative, and the final story was built out in the editing process.”

Also following up on the music videos that are featured in the film, the documentarian shared that she worked with Animal Collective on the feature’s score. She explained what the experience of deciding what songs to include in ‘Crestone’ was like during the production.

“The guys all sent me songs that they were interested in having in the movie, and I choose what I thought was appropriate from that selection. While I was working with Animal Collective, I wanted them to come in and create a score that supports the landscape the guys live in,” Hertzler shared. “Animal Collective is so good at describing landscapes through their music.”

Hertzler then delved into what the experience was like of collaborating with the documentary’s cinematographer, Corey Hughes, to decide how she wanted to shoot ‘Crestone.’ “Corey and I had worked together before, so we already had a bit of a shared language, which made it easier to film. We wanted to make the camera a character, as well…and make it like it’s another one of the guy’s friends who was hanging out with the group,” she revealed. “It was just the two of us on the ground in Crestone, so having that established relationship was really helpful.”

With the movie focusing on the working collaborations and friendships between the rappers, the filmmaker felt it was vital to keep the story focused on their recollections and interviews, and not include commentary on their lives from people who aren’t in the group. “I definitely didn’t want to include interviews, as I’m not that interested in that side of documentary filmmaking. I think by using voiceovers, we had enough to express who the guys were. I really wanted them to just speak for themselves,” she revealed.

After production on ‘Crestone’ was completed, it was chosen to be an official selection at last year’s SXSW. But the festival ended up being cancelled a week before it was scheduled to begin, due to the rising concerns over the then-emergence of COVID-19. Hertzler expressed her disappointment over not being able to bring the film to the event, but also noted that how the feature was shot and told fares well to being watched through digital platforms.

“Of course it was a bummer, but I think we were lucky that the movie already existed somewhat online. So sharing it online with the audience, rather than in a theater, was natural,” the director admitted. “I felt like we were able to engage with a certain audience that we wouldn’t have if we didn’t have the online reach.”

But having a larger audience online during the film’s virtual festival run meant that Hertzler wasn’t truly “prepared for feedback from strangers, but some people are really connecting with it. It’s a very polarizing film, but I do think it’s found its audience,” she revealed.

After ‘Crestone’ was streamed online during its virtual festival run, Utopia Studios picked up the official distribution rights, and is releasing it today on VOD. The helmer then delved into what the promotional process has been like since she secured the distribution deal.

“It feels like the film was shot so long ago, so gearing up to release it now into the world has been quite an experience. The guys in the film have been working with me to push it out, so it became a collaborative experience again, which was really inspiring. We’re all excited for it to come out, and ready for the world to see it,” Hertzler concluded.