Provocatively prompting the need within both individuals and society as a whole to reexamine the way people treat others, especially when it comes to gender equality, isn’t always an easy feat in films, especially ones that aren’t based on true stories. But the timely drama, ‘Promising Young Woman,’ compellingly provokes that urgency in audiences through its strong-willed and determined title character.

While she can be viewed as a unique anti-hero at first glance, the eponymous main character ultimately proves to be a distinctly diverse and layered protagonist who knows what she wants to accomplish. She isn’t afraid to pursue her dreams of changing cultural views, no matter how primitive they initially may appear.

Universal Pictures Home Entertainment is distributing the acclaimed movie today on Blu-ray and DVD. The crime thriller is also now available on digital, after it was released in theaters last Christmas.

In honor of ‘Promising Young Woman’s disc release, ShockYa is offering one lucky winner a Blu-ray of the drama. To enter, email us at ShockyaGiveaway@aol.com. Let us know that you’re entering to win the ‘Promising Young Woman’ Blu-ray giveaway in the email’s subject line, and include your mailing address in the message. You have until next Tuesday, March 23 to enter, and you can enter the contest once daily. On March 23, we’ll pick the winners at random, and notify them through email. Good luck!

‘Promising Young Woman’ follows Cassie (Mulligan), a 30-year-old coffee shop worker who everyone used to say had the potential to do great things with her life. Her seemingly promising future came to end, however, after a mysterious event occurred while she was in medical school seven years earlier. The situation abruptly led her to stop her studies and derailed her professional aspirations of becoming a doctor.

Even several years after she stopped pursuing her dream, nothing in Cassie’s life is what it appears to be, as she’s living a secret double life by night. After she has an unexpected encounter with one of her former classmates from medical school, Ryan (Burnham), at the coffee shop where she works, Cassie starts to believe that she finally has a chance to right the wrongs of the past. 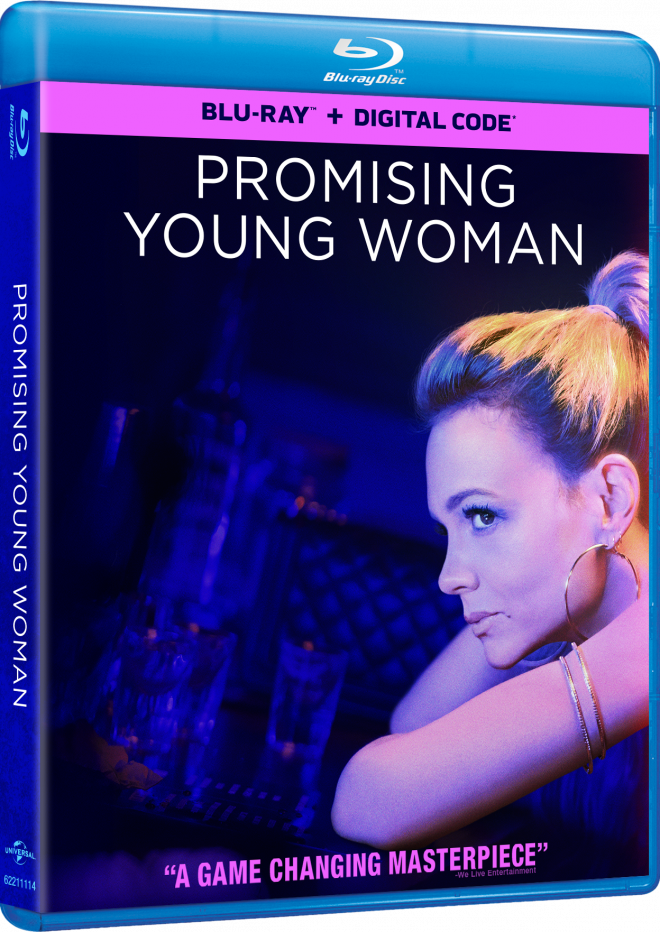