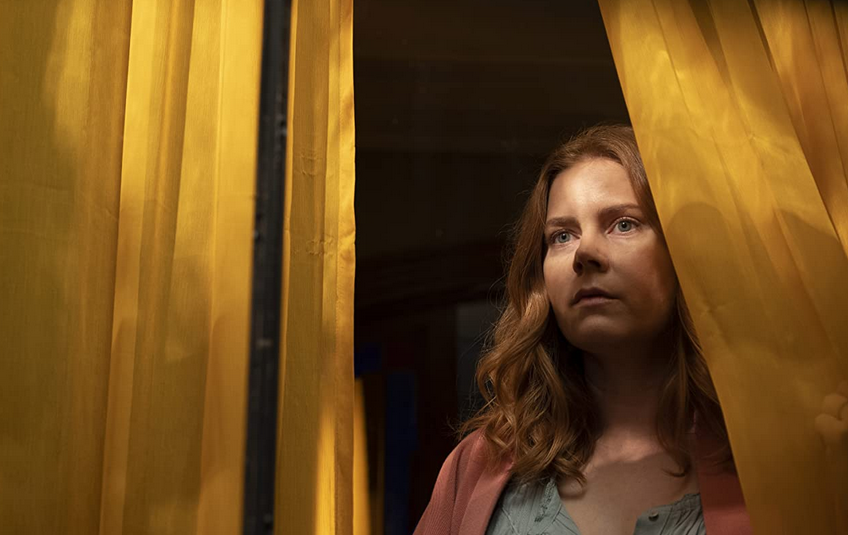 Amy Adams is living in fear of not just the outside world, but also how her anxieties and emotions are severing her grip on reality, in the new crime drama, ‘The Woman in the Window.’ The Golden Globe-winning actress’ agoraphobic protagonist of Anna in the film is not only trapped inside of her house, but also her own mind, as she contemplates if the conflicts she believes she witnessed actually happened.

Netflix is set to release ‘The Woman in the Window,’ whose screenplay was written by Tracy Letts and is based on the 2018 novel by A.J. Finn, worldwide on Friday, May 14. In honor of the psychological suspense thriller’s upcoming release, the streaming service debuted the feature’s new trailer during a global exclusive sneak peek event earlier today.

The event also featured a special live Q&A with Adams, as well as several of her co-stars, including Julianne Moore, Wyatt Russell, Anthony Mackie and Fred Hechinger, as well as the movie’s director, Joe Wright. The Q&A was moderated by ‘Good Morning America’ and ’20/20′ anchor, Amy Robach.

‘The Woman in the Window’ follows Anna Fox, an agoraphobic child psychologist, as she finds herself keeping tabs on the picture perfect family across the street through the windows of her New York City brownstone. Her life is turned upside down when she inadvertently witnesses a brutal crime. Shocking secrets are soon revealed, and nothing and no one are what they seem.

Title
'The Woman in the Window' Official Trailer
Description

Netflix has released the official trailer for director Joe Wright's crime-psychological thriller, 'The Woman in the Window,' which stars Amy Adams.

Cancel reply
Actor Mark Daugherty is Inspired to Do the Right Thing in My True Fairytale Exclusive Clip
Butcher Celebrates His Forthcoming Wedding with a Stag Party on Soldier, Soldier
To Top