The estranged son of a con-man fights temptation, paranoia and his own nefarious legacy after being left with a mysterious, million-dollar stamp collection in the new documentary, ‘The Penny Black.’ The equally charming and deceptive main character in the film, Will, is leading viewers on a journey into why his mysterious Russian neighbor, Roman, gave him a million dollar stamp collection. The exploration ultimately leads Will to grow both curious and concerned about the situation.

1091 Pictures is set to distribute the film in virtual cinemas today, and then on such Digital platforms as Apple TV, iTunes and Vimeo this Tuesday, June 1. The movie can be pre-ordered before its digital release here.

In honor of ‘The Penny Black’s distribution, ShockYa an exclusive noir-tinged clip from the feature, which is titled ‘Cheryl (Hiring a Private Investigator).’ The clip follows the title private investigator, Cheryl Baumbaugh, who works at Archer Investigations on Hollywood Blvd. in Los Angeles, while she meets with Will, as he begins looking to find Roman.

The investigator asks her client for some information about the man he wants to locate, and he shares the details he knows, including the fact that Roman reportedly has a second family in Phoenix. The duo also discuss how a bundle of stamps that her client was reportedly given by Roman, which may heavily influence the case. Cheryl then tells Will that Roman doesn’t seem like he’d be hard to find.

The movie, which is dubbed documentary noir, was directed by Joe Saunders. The non-fiction investigative thriller follows Will as he agrees to safeguard the mysterious million-dollar stamp collection for Roman. After Roman vanishes without a trace, Will searches for the collection’s true owner, and during the process, must confront his fear and integrity head-on. But when some of the stamps suddenly disappear, the filmmakers are forced to reexamine Will’s capacity for honesty.

For more information on ”The Penny Black,’ visit the movie’s official website. 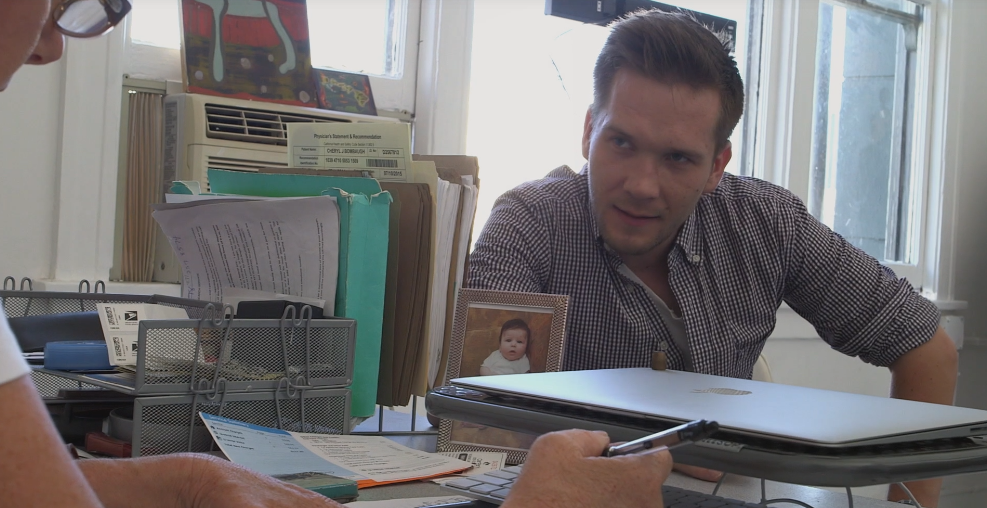 ShockYa is premiering an exclusive clip from director Joe Saunders' documentary, 'The Penny Black,' which is titled 'Cheryl (Hiring a Private Investigator).'