In an ever changing and at-times frightening world, the bond of family is often what keeps people’s spirits lifted and gives them hope that they can survive. That’s certainly the case for the cast, crew and characters of the hit action franchise, ‘The Fast Saga.’ Its latest entry, ‘F9,’ is proving that overcoming conflict is what the characters do best, even when the most terrifying aspects of life are a direct result of one of their relative’s actions.

The series’ eighth sequel is led in part by one of the ensemble cast’s main actors, Vin Diesel, who has also served as a producer on every installment since the third follow-up, 2009’s ‘Fast & Furious.’ The filmmaker’s famous alter-ego in the franchise, Dom Toretto, must combat his disappointment that his brother is determined to wreck havoc on the family of friends he has built throughout his adulthood.

Universal Pictures is distribution ‘F9’ in theaters today, after more than a year of delays. The thriller was originally scheduled for worldwide release in April of last year, but was delayed due to theaters closing in the wake of the start of the COVID-19 pandemic.

‘F9’ marks the return of director Justin Lin to the series, after he previously helmed four earlier entries in the franchise, including ‘The Fast and the Furious: Tokyo Drift,’ ‘Fast & Furious,’ ‘Fast Five‘ and ‘Fast & Furious 6.‘ The director also co-wrote the eighth sequel in the series with Daniel Casey, and served as one of its producers.

‘F9’ follows Dom as he’s leading a quiet life off the grid with Letty (Michelle Rodriguez) and his son, little Brian, but they know that danger always lurks just over their peaceful horizon. This time, that threat will force Dom to confront the sins of his past if he’s going to save those he loves most. His crew, including Roman (Tyrese Gibson), Tej (Chris “Ludacris” Bridges), Ramsey (Nathalie Emmanuel), Sean (Lucas Black) and Han (Sung Kang), who they previously thought had died, as well as Dom’s sister, Mia (Jordana Brewster), join together to stop a world-shattering plot led by the most skilled assassin and high-performance driver they’ve ever encountered: Dom and Mia’s forsaken brother, Jakob (John Cena).

Diesel generously took the time recently to talk about starring and producing ‘F9’ during a virtual press conference. Among other things, the actor-filmmaker discussed that he was thrilled when Lin decided to return to the ‘Fast Saga’ family to helm ‘F9’ because the performer feels the director brings a commitment to each production, as well as a deep understanding of the franchise’s chronology, that’s unparalleled. Diesel also noted that Dom used to have little faith in the future and society, but after becoming a father, he developed a greater understanding of what it means to truly love his family and have more compassion for other people’s emotions and motivations.

The filmmaker began the conversation by expressing his appreciation that fans are still excited about the ‘Fast Saga,’ 20 years after the original movie was released. He noted that he feels the viewers embrace the fact that “the characters evolve…Dom’s (now) a father, and I think that’s part of what makes it special. Also, you’re able to watch the ‘Fast and Furious’ movies from anywhere in the world, and feel as though you belong in Toretto’s backyard at that barbecue table.”

Further looking back at the ‘Fast Saga’s history over the past two decades, Diesel noted that one of the highlights he had was “being in an airport in Mexico. The (first) movie hadn’t come out yet; it was maybe April of 2001. Paul (Walker, who starred in six of the series’ installments before his death in 2013) and I were sitting on the floor with our bags on our sides, and we were about to board a commercial flight back home. We had flown down there for MTV Spring Break,” he shared.

“I remember him leaning over to me and saying, ‘Take all of this in.’ I said, ‘What?’ He said, ‘Take in the fact that people are walking over our legs and almost kicking our bags, and not paying any attention to us,'” the actor recalled. “I said, ‘Why?’ He said, ‘After this film comes out, there will go our anonymity.’ I think that was telling of this journey we were about to go on. So my memories aren’t just the ones you see on screen, because everything behind the scenes contributes to what you see in the films,” the actor added.

Further speaking about the time he spends with his co-stars while they’re making the ‘Fast Saga’ films, Diesel admitted with a laugh, “When I’m on set, everyone’s very serious because I’m very serious. As a filmmaker, I believe that in every second, there’s an opportunity to find a miracle. So I’m always thinking about, and searching for, it. I’m also open enough to receive wherever the miracle can come from that day.

“I believed that you go into filmmaking as prepared as possible. But I also prepare to receive whatever kind of miracle that can naturally happen during the magic that you’re creating,” the filmmaker added.

“But we also do all of our bonding off-set on the weekends. For example, in order for John Cena to play Jakob with that kind of anger, and for us to feel that comfortable to go toe-to-toe together, we had to counter that with weekends with the family,” Diesel noted. “He played football with my son, and Mozart on the piano with my daughter.

“All of that helps to create the films. It allows everyone to go to the places they need to go to in order to realize their characters and their relationships,” the actor added.

Further speaking of the family dynamic that drives the ‘Fast Saga,’ Diesel noted that “There’s a scene in the first movie that takes place in the garage, and it’s just Dom talking to (Walker’s character) Brian about why the car scares him so much. We thought at the time it was only about the loss of his father, but in this ninth chapter, we uncover that it also represents a broken brotherhood in the past for a character who’s synonymous with brotherhood.”

Besides happily reuniting with his co-stars, the filmmaker also embraced the experience of welcoming Lin back to the series as the new follow-up’s helmer. “I knew that Justin was directing ‘F9’ before he knew! He thought I was crazy when I said prior to filming (‘The Fate of the Furious‘) that he was going to come back to the series. I love the other directors, including James Wan (‘Furious 7‘) and F. Gary Gray (‘The Fate of the Furious’), and thought they did fantastic jobs.

“But the task of of filming the finale weighed on me five, six, seven years ago,” Diesel revealed. “I felt like I was getting closer and closer to ‘Fast 10.’

“Justin brings a shorthand for the production as a whole, and a commitment that’s unparalleled. In terms of the storytelling, he brings a deep understanding of the chronology that you only get from being associated with the mythology for over 10 years,” the actor added.

Reuniting with Lin and his co-stars on ‘F9′ allowed Diesel to infuse his character with the most emotions that he’s had throughout the series. “Like life, that’s part of (Dom’s) journey, and he’s very conflicted. Dare I say it, but it’s also part of fatherhood. When we become parents in life, we actually reflect on our own parents’ lives. We do that in service of trying to be better parents ourselves.

Following up on his experience collaborating with Cena on ‘F9,’ Diesel noted that “We got very lucky with John Cena. As the world knows, I’m a multi-cultural movie star, which means we could have cast anyone to be my brother. So the whole world was considered.

“I remember the day that John was cast. One of the other producers said, ‘You know, John Cena has always wanted to be a part of this franchise. Would you like to meet him?’ I said yes,” the producer shared. The duo met while Diesel was preparing to reprise his role of Dom, and “If you go back to that day on my Instagram and read the caption, it reads ‘Thank you Pablo.’ The reason why (he wrote the caption) is that I felt that Pablo (the nickname Diesel gave to Walker) had relieved my anxiety about the casting, and casted John as Jakob.”

“Dom Toretto is not far from that; he has little faith in the future and society. He also didn’t feel as though he believed in the world enough to have a kid of his own. He also might not have believed in himself enough,” the filmmaker pointed out.

“The irony is that if you go back to ‘Fast Five,’ and go to the porch and hear Dom talking to Brian about how (Brian’s) going to be a great father, what you don’t hear is that Dom didn’t think that he could be a great father himself. That’s not what’s said in the dialogue; that’s what’s implied. We now come full circle and see how committed he is to being a father,” Diesel concluded. 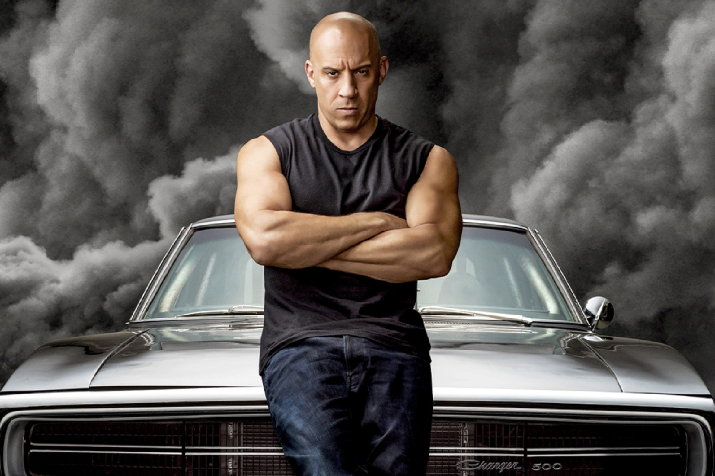