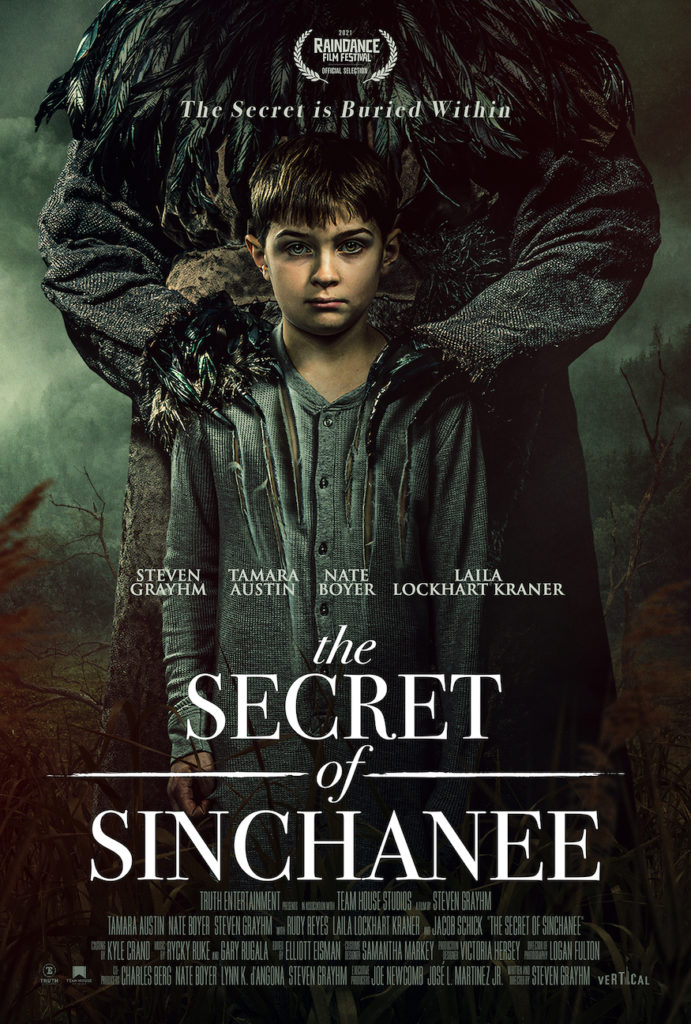 The most deeply personal stories are often the ones that prove to be the most universally relatable to audiences of all backgrounds. The new supernatural horror movie, ‘The Secret of Sinchanee,’ is powerfully driven by the harrowing themes of xenophobia, childhood trauma and mental health struggles that Native Americans are still forced to contend with on their land, especially by Western settlers in nearby communities.

Up-and-coming filmmaker, Steven Grayhm made his feature film writing, directorial and producing debuts on ‘The Secret of Sinchanee.’ He drew on his own life experiences that date back to his upbringing, as well as research he did into folklore from his heritage, to create a compelling reflection on some of modern society’s most vital conflicts and obstacles, which is set against occult folklore.

The drama, which was shot in Deerfield, Massachusetts, will begin screening virtually tonight, September 23 at 7:00pm ET, as part of the 37th Annual Boston Film Festival‘s digital lineup. ‘The Secret of Sinchanee’ will be available to screen on the festival’s Eventive page until this Sunday, September 26, and is eligible for audience awards.

The Boston Film Festival is hybrid this year, with both in person and virtual screenings. This year’s festival lineup features an extraordinary variety of independent movies, with in person screenings being held at several venues across the city, including the newly opened Omni Boston Hotel at the Seaport. Tickets and the screenings schedule are available on the festival’s official website.

The Boston Film Festival‘s virtual screening of ‘The Secret of Sinchanee’ comes several weeks before Vertical Entertainment is set to release the feature in select theaters on October 8. The thriller will also be distributed on all major digital and cable platforms, including Apple TV, Amazon Prime Video, Vudu, Comcast, Spectrum and Cox on the same day as its theatrical release.

‘The Secret of Sinchanee,’ which stars Tamara Austin, Grayhm, Nate Boyer, Laila Lockhart Kraner, Jacob Schick and Rudy Reyes, follows an industrial tow truck driver who suffers from insomnia as he returns to his childhood home after the untimely death of his father. When he arrives at the discovers a paranormal presence that has been living in the house and haunting the sacred land it was built on.

In honor of ‘The Secret of Sinchanee’ playing at the Boston Film Festival, Grayhm generously took the time earlier this week to talk about writing, directing, producing and starring in the feature during an exclusive interview over Zoom. Among other things, the filmmaker discussed why he was inspired to pen the script, and how his research helped prepare him to create the story; how he balanced helming and starring in the drama, and how he approached working with his co-stars, on set during principal photography; what the process was like of creating the visuals for the horror-driven movie; and what it means to him that he was able to bring the thriller back to Massachusetts as part of the Boston Film Festival.

ShockYa exclusively interviewed writer-director-producer-actor Steven Grayhm about his supernatural horror movie, 'The Secret of Sinchanee,' during the Boston Film Festival 2021.