What’s initially meant to be a weekend of fun eventually reveals a world of oppression in the riveting critique towards the bourgeoisie in the new drama, ‘The Forgiven.’ The film enthrallingly exposes how the privileged class’ vapid pursuit of materialism, wealth and power leads them to prey on the livelihoods of the lower class, sometimes with deadly results.

The quest of the powerful to garner more wealth, largely at the expense of those who work for them, is showcased in ‘The Forgiven,’ which enthrallingly highlights the negligence of privilege. The movie features an ensemble cast that includes Ralph Fiennes, Jessica Chastain, Matt Smith and Caleb Landry Jones, who play wealthy characters enjoying the glamorous life in Morocco.

Meanwhile, actor Mourad Zaoui, a Moroccan native, plays a butler, Hamid, for Smith and Jones’ respective characters of Richard Galloway and Dally Margolis. His job and strong religious beliefs allow him to see how the wealthy can often take advantage of the lower classes, and often times only realize their mistakes when they’re faced with dire consequences that threaten their lives.

Set in the High Atlas Mountains of Morocco, ‘The Forgiven’ follows a wealthy couple, David and Jo (Fiennes and Chastain), who are on the verge of divorce. As they struggle to save their relationship, they drive to a lavish weekend party, during which they accidentally run over and kill a young Moroccan man trying to sell fossils by the roadside. The spouses put his body in their car and arrive at the party at a mansion hosted by a worldly couple. Once the body is hidden in the villa, the partygoers return to the dancing, drugs and of the party. The next morning, however, David’s buzz becomes a hangover as he’s forced to reckon with the boy’s father and meet his own fate. For the others, the party must go on.

Zaoui generously took the time during TIFF to talk about starring in ‘The Forgiven.’ Among other things, the actor discussed that he was in part interested in starring in the drama because he feels that Hamid isn’t only the butler for Smith and Jones’ characters, but also the audience’s anchor and moral compass throughout the story, as he’s religious but not judgmental towards the locals and their visitors. The performer also mentioned that he’s honored that the feature was chosen to play at this year’s TIFF, and was happy to share the movie with audiences around the world who could relate to Hamid’s journey.

The conversation began with Zaoui explaining what elements about the character, as well as the overall script, that inspired him to take on the role of Hamid in ‘The Forgiven.’ “The movie is about a car accident that’s going to have repercussions on both the locals and the foreigners who are visiting. But the movie is more than just that; it’s also about a clash of cultures, and how both the locals and the foreigners view each other. Both sides realize the other side views them in a certain way,” he shared.

“But no one takes the time to understand or get to know the other side better. I think that also applies to the world we’re living in today, where there’s a clash between the West and the South and different races,” the actor continued.

“But if we take the time to know one another better, I think we’ll make the world a better place. We’ll also realize that we’re all the same and want to live in a safe world,” Zaoui added.

“The movie isn’t just about the accident; there’s more to the story, and I can’t wait for audiences to discover that for themselves. But I don’t want to say too much and spoil it for them,” the performer also noted.

“The character that I play is Hamid, who’s the butler for the characters played by Caleb Landry Jones and Matt Smith. But I feel like Hamid is way more than that; I feel like he’s the audience’s anchor and moral compass for the piece,” Zaoui further revealed.

“Even though Hamid is very religious, he’s not judgmental towards the locals, the foreigners and even his assistant. Even though he doesn’t agree with them, in terms of the cheating, drinking and drugs, and also what his his assistant does, he doesn’t judge him, or anyone else,” the actor added. “Hamid’s also the connection between the excess of the Western visitors and the moderation of the common folk.”

Further speaking of the rest of the cast, including Jones and Smith, as well as Fiennes and Chastain, Zaoui shared what was the experience of collaborating with them to build their characters’ relationships was like throughout the production. “Working with the rest of the cast was a dream come true. I was a fan of all of them, and I’m especially a fan of Jessica. She’s more generous than anything I’ve ever experienced on a set,” he revealed as he praised the Academy Award-nominated actress.

“Seeing Ralph Fiennes in all of his amazing TV roles throughout his career, and then being able to see him up close, was amazing. I wondered how he could be so intense seemingly without doing anything,” the performer noted as he gushed about his Tony Award-winning co-star. “When you’re about a foot away from his eyes and see that intensity and depth, you wonder how he can do that.

“Matt Smith is also an amazing person and has a beautiful soul, and is super generous, as well. He’s such an amazing actor,” Zaoui shared as he celebrated Smiths acting ability. “I was also impressed by Caleb Landry Jones and Chris Abbott.

“I was both their colleagues and fans, and watching them work helped me bring up my game a little bit more. They all made me work better; when you work with this caliber of actors, they make you work better,” Zaoui revealed.

The performer then divulged that he wasn’t aware of Osborne’s novel that the film is based on before he was cast as Hamid, but read it before production began on the screen adaptation. “I wasn’t familiar with the book before I was cast, but I read it as soon as I got the role. It’s an amazing book, and it helped us make an amazing film,”

“I was so impressed by the film;. When I first saw it, I was riding on this wave of euphoria, and smiling and happy all the time. I hope the movie will have the same effect on the audience,” Zaoui added.

Like the actor previously mentioned, Hamid is a religious man, but he doesn’t allow his faith to influence his views about, and interactions with, his employers and their colleagues. “I feel like Hamid thinks, I have my religion and I’m pious. But he doesn’t let it affect his job because otherwise, he wouldn’t be working for them,” he explained. “So he doesn’t let it interfere with their lives and his personal life. That’s his religion and his beliefs, and it’s a private matter for him.

“He thinks, you have your life, and I have mine. I respect yours, and I expect you to respect mine,” Zaoui also emphasized.

While building his character’s arc and views throughout ‘The Fogiven,’ the performer cherished having the opportunity to collaborate with McDonagh. Zaoui explained what the experience of working with the director was like throughout the film’s production.

“With John, when I first booked the part, everyone told me, ‘He’s very tough.’ But he’s a genius…and was very open to all the ideas that I had. He was also helpful and supportive. He was a pleasure and delight to work with, and I can’t wait to work with him again,” the actor shared.

Zaoui then delved into what the experience was like of shooting the movie on location in his native Morocco. “I arrived in L.A. on July 13, 2013, and have been living there since then. It was hard for me for five years, as I was coming from working six months out of the year in Morocco and a little bit in Europe to only working about two weeks a year in America,” he divulged. “That was quite a big shock and change for me, and I was struggling with it. But of course, booking this role and being a part of this movie made it all worth it.

“I also thought that if I had booked this role when I first arrived in L.A., I wouldn’t have been as good in it. I was a spoiled actor working all the time before I moved, so it would have just been another day at the office,” the performer pointed out.

“But after those five years of struggling, having gone on countless auditions and getting all of these nos, I realized that being on set is a privilege,” Zaoui admitted. “So I gave this role my all.

“Being able to book it and be in this movie, and shooting in Morocco, which is my home country, was the cherry on top. Seeing my friends and family there while I was filming was also amazing,” the actor happily shared. “The set was so amazing and beautiful.”

After production on ‘The Forgiven’ wrapped, Zaoui was honored that it was selected to be a Gala Presentation at this year’s TIFF, and he was able to travel to Canada to attend the screening in person. “When I was a kid, I had two posters of Newfoundland on top of each other; one was Newfoundland in the summer, and the other was Newfoundland in the winter. At the time, I didn’t know where Newfoundland, or even Canada, was,” he admitted. “But to me, it was this magical place…and I always wanted to come here.

“This is my first time in Toronto, and in Canada in general. Toronto is becoming one of my favorite cities, and Canada is one of my favorite countries, in the world,” the performer exclaimed. He added with a laugh, “Just being in Canada is a treat in itself, and being at TIFF is huge and amazing. What did I do to deserve being in this amazing festival and incredible movie? It’s a dream come true,” he concluded. 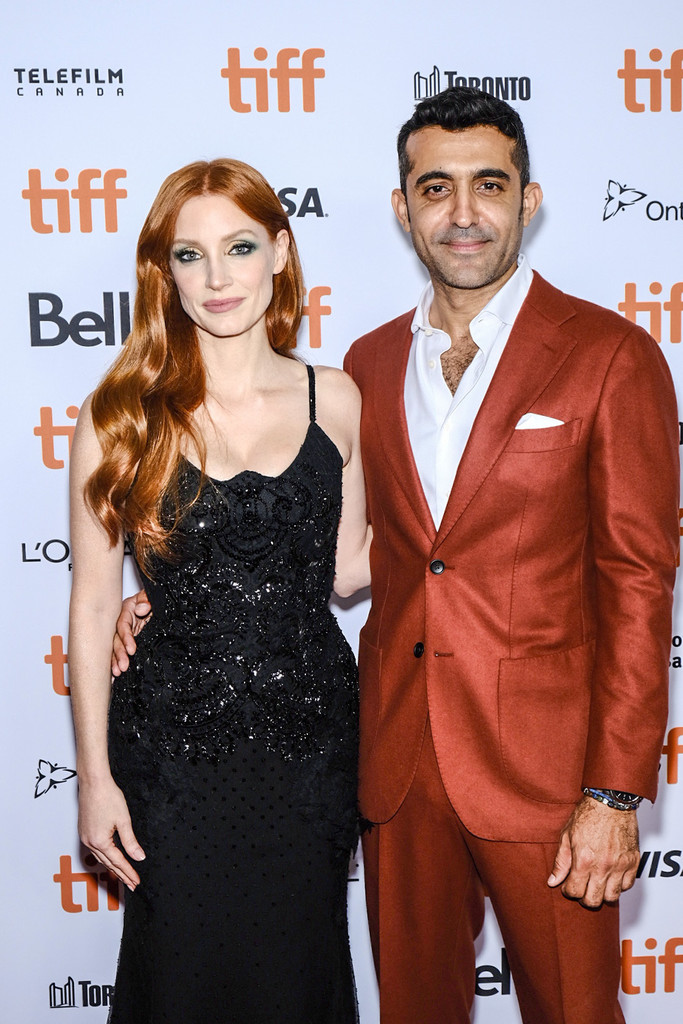