People often contend with their physical and emotional trauma in drastically different ways, and only begin to heal on their own terms, when they’re truly ready to do so. That’s certainly the case for former Australian nurse and avid surfer, Samantha Bloom, whose life seemed to shatter after she endured a distressing accident while she was on vacation with her family. The matriarch found hope and purpose in her husband and their children’s love, as well as in her unexpected bond with an injured bird that was also on its own journey of recovery. Her inspiring true life story is chronicled in the new drama, ‘Penguin Bloom.’

Glendyn Ivin directed ‘Penguin Bloom,’ which was written by Shaun Grant and Harry Cripps. The duo adapted the acclaimed 2016 book of the same name, which was written by Sam’s husband, Cameron Bloom, for the screen. The filmmakers showcase how the matriarch’s story personifies people’s innate human ability to push through their darkest moments with the support of the people who love them.

Set in 2013, ‘Penguin Bloom’ follows Samantha Bloom (Naomi Watts, who also served as a producer), her husband Cameron (Andrew Lincoln) and their three young sons as they left their home in Australia for a vacation in Thailand. While enjoying a view of the Asian countryside from a balcony, Sam fell off of the rooftop, due to what was later determined to be a rotted railing, which broke her vertebrae in two places.

Paralyzed from the chest down, Sam — a lifelong outdoorswoman, surfer and traveler — became unrecognizable to herself. As a result, she spent several months in a depression that made her question who she could be in not only the world, but also in her own family.

A year after her accident, the couple’s children brought home a wounded baby magpie they found on the beach. While she was initially wary of the black-and-white bird the kids affectionately named Penguin, Sam eventually bonded with the household’s new member. Their connection began a process of emotional healing that surprised her husband, sons, mother Jan (Jacki Weaver) and herself.

Watts, Lincoln and Weaver generously took the time on Saturday afternoon to talk about starring in ‘Penguin Bloom’ during a virtual TIFF video press conference. Among other things, the actresses and actor discussed that while they were initially nervous to work with the magpies on the set, collaborating with the animal trainers eventually eased the performers’ concerns. Watts also appreciated the fact that Sam was with her on the drama’s set, and offered her details about her life, as it made the actress feel that she could infuse a true sense of authenticity into her portrayal on screen.

Working with several magpies on the set, who all portrayed the title role of Penguin, caused some concern for Watts during the production. “That was the thing that made me nervous,” she admitted. The actress added that everyone on the set pondered, “How do we get a performance out of a bird? Magpies are famously not super friendly. It was concerning to me, but (the animal trainers) walked me through it.”

The production ended up using a small amount of animatronics and CGI for the scenes that feature the magpies. But overall, about 90 percent of the scenes used “true, real-life birds. They absolutely stole the scenes every single day,” the producer added.

Lincoln then chimed in, joking “They always say never work with a child or animal. The reason is, when they’re good, no one is looking at you!” He also shared how he connected with the three boys who played his and Watts’ characters’ sons in the film, in order to build the Bloom family on screen. “Working with three children during my first few days was a lot like working with Meryl Streep; there was a lot of improv,” he joked with a laugh.

While the magpies stole the scenes they’re featured in, working with the real birds also created some hazardous conditions, which Watts found out the hard way. “Next thing I knew, I felt a nice warm sensation trickling down my face,” she shared with a hint of a laugh after she noted that a bird sat on her head.

While the duo eventually had fun working with the magpies on the set of ‘Penguin Bloom,’ both Lincoln and Watts shared what initially attracted them to portray their respective characters in the movie. They shared that the Blooms’ story resonated with them in their own lives, which helped them as performers bring the Blooms’ story to the screen.

“I was drawn to the project because it’s a love story, fundamentally. The beautiful thing about the film was that we got to meet Sam and Cameron; that was absolutely fundamental to clicking into their story, and giving it justice by telling it with honesty and love,” the actor confessed. “It was an extraordinary atmosphere on set; my family, as well as Naomi’s family, were there. We also had an generous cast of actors and crew members.

“When you’re telling with someone’s true story, I just wanted to bring as much truth from my life to their story as I could. I also wanted to imagine what their life must be like, and that process was lovely,” Lincoln added.

Watts then chimed in, saying “I remember when I read the book, it was a normal lazy Sunday in bed. I was showing my kids the book and they were absolutely drawn in. In that instant, I was absolutely compelled by Sam’s story. As an actor, you’re looking for that kind of character, who has that kind of trajectory, all the time. It’ a story of survival, resilience and hope, and that’s universal,” she added.

The actress also appreciated the fact that Sam was with her on the drama’s set, and offered her details about her life, as well as the opportunity to stay in her real house. The performer felt that relationship helped her bring a sense of authenticity to her portrayal on screen.

“Sam was so incredibly generous and open, and was willing to give me her journal. I felt like it was golden to be able to get into that, and have a relationship with Sam, and hear all the intimate details about how she got through this period in her life,” Watts graciously expressed.

“It’s very daunting to take on a role of someone who’s still around and in the picture. You have a great responsibility, and you want to get all of those beats exactly right, and tell their story in the most authentic way,” the performer noted.

“Having access to Sam was scary because I just wanted to deliver, but it was also wonderful to be able to connect with her. She was on the set often,” Watts continued. “I think I had it all worked out, with all of the planning and discussions going into the production. But if something new came to me, I would just go up to her and ask a question, and she would give me a new perspective.”

The cast members were also asked how their experiences as parents in real life helped them develop their characters’ relationships on screen in ‘Penguin Bloom.’ “I think all women have conflicts with their mothers, at times, even when you love your mother, and she adores you,” Weaver admitted with a laugh. “But you still get that mother-daughter clash…and I drew on how mothers can irritate their daughters a bit, without even meaning to,” she added. “I don’t have a daughter, but I had a mother!”

Besides showing the at-times tense moments Sam has with her mother in the plot, Watts also had to work at overcome the hurdles of acting in a wheelchair throughout the majority of the drama. “I had a near-accident; I feel backwards out of the chair, which was quite scary,” she admitted. “I got around in the wheelchair a lot, and I had it at home to practice.”

“But mostly, (I had difficulty in the scenes) where I was getting in and out of bed. It’s very hard for your brain to tell your legs not to move, and just use your core. I felt very self-conscious about getting that right, especially when Sam was there,” the actress divulged. “There were a lot of lessons beforehand. Obviously, Sam is very (physically) strong, so I was trying to get that right. It was much harder than I thought it would be,” she also confessed.

“You did a great job!,” Weaver assured her with a laugh.

Lincoln and Watts then reflected on what it means to love someone as much as Sam and Cameron do. “I love the idea that their love changes overnight, and becomes stronger as Cameron cares for Sam,” the actor divulged. Their love is reflected in their marriage vow of “in sickness and in health, and I hadn’t seen that transition shown in this way in a film before.

“This situation also showcases the challenges that (Sam’s accident) has on their love. They do have arguments, but they also need, and are relying on, each other. Naomi and I had an amazing chance to show that,” the actor proclaimed.

“I would echo what Andrew said, which is so much at the center of this story,” Watts chimed in. “The way that I interpreted it, the only way Sam and Cam got through (the accident) was with their connection. I think Cam had to put all of his physical and emotional strength into Sam, and their family’s, journey of repair.

“There were so many things that were happening that were heartbreaking, as she couldn’t live her life in the same way that she used to, as it was taken away from her in an instant. There wasn’t much that she could do physically, except live in her head, and that was a dark place for Same to be,” the actress added. “It took a lot of strength (for Sam to recover), but she had a good backbone, and great support from a wonderful husband,” she concluded.

For more information on ‘Penguin Bloom,’ including how to buy tickets to its upcoming screenings, visit its page on TIFF‘s official website. 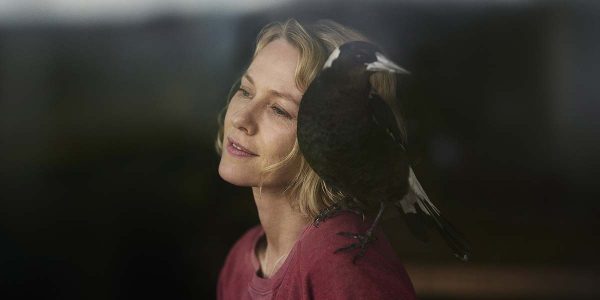