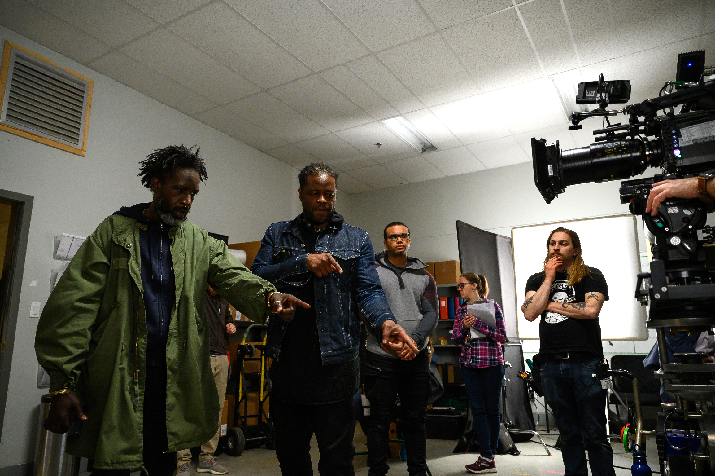 One of the most powerful ways that filmmakers can truly connect with audiences is to completely delve into the real-life issues that are plaguing modern society. Canadian-based director Charles Officer is effortlessly doing just that with his new crime noir movie, ‘Akilla’s Escape.’

The award-winning helmer, who also co-wrote the script with Wendy Motion Brathwaite, made the drama because he was passionately driven to expose a vicious cycle of violence that has devastated and debilitated young Black boys for generations. He also wanted to dive deeper into the familial and gang violence epidemic that continuously plagues society by creating a character study framed within the crime noir genre that spans Jamaica, New York and Toronto. Officer also wanted to showcase the genesis of Jamaican gang culture at the height of political unrest during the late 1970s, and reference the historic role political factions have played in the sustainability of criminal organizations to this day.

The thriller’s title, ‘Akilla’s Escape,’ plays on the Jamaican slang for gang members who described themselves “A Killa.’ The title and story also explore hallmarks of the noir genre, including a robbery gone wrong, a man on a mission and a climactic standoff that ends in hopeful tragedy. Overall, Officer conceived the story to reflect on the question, what’s the cost for Black boys to escape generational violence?

The film is set to have its World Premiere tonight at 9pm ET in the Special Event and Planet Africa 25 sections at the Toronto International Film Festival (TIFF) at the Ontario Place West Island Open Air Cinema. It will also screen tomorrow at 9:15pm ET at TIFF Bell Lightbox Cinema 2, and then on Tuesday at 6pm ET through Bell Digital Cinema.

‘Akilla’s Escape’ is set during what’s supposed to be a simple, routine handoff for 40-year-old drug trader Akilla Brown (Saul Williams), who’s suddenly caught in the middle of a violent robbery. Narrowly making it out alive, he captures one of the thieves, a teenaged Jamaican boy named Sheppard (Thamela Mpumlwana). Under the pressure of the criminals who hired him, Akilla must set things right and retrieve the stolen goods over the course of one arduous night.

When Akilla discovers that Sheppard’s gang has ties to the Garrison Army, the same crime organization he fell into as a child, he has to confront his own traumatic origins. Akilla also becomes compelled to help the boy survive, and possibly even make the escape that he never could. Set in parallel timelines in present-day Toronto and 1990s Brooklyn, ‘Akilla’s Escape’ illustrates how the oppressive cycle of violence manifests in different generations, and just how difficult it is to break.

Williams gave a breakout performance as the title character, as he brought an intensity to a role that vibrates with rage, fear and empathy for a man who’s been caught in a destructive situation that could not just harm his future, but his overall life. The actor is also a musician, and provided the original score to the movie.

Officer, Williams and Mpulmwana generously took the time yesterday afternoon to talk about writing, starring in and making the music for ‘Akilla’s Escape’ during an exclusive video interview over Zoom. Among other things, the scribe-helmer and actors discussed what inspired the writer to pen the screenplay for the drama, and what drew the performers to star in the thriller. Williams also discussed what the process of creating the score for the film was like during the production, and the trio mentioned how much it means to them that the movie is having its World Premiere at TIFF, as well.

Watch our exclusive video interview with Officer, Williams and Mpulmwana above, and a clip from ‘Akilla’s Escape’ below. For more information on the drama’s screening at TIFF, visit the feature’s page on the festival‘s website.