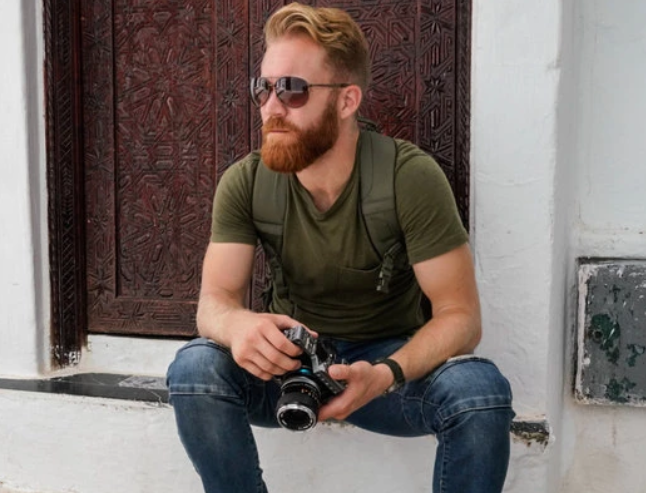 ‘The Obituary of Tunde Johnson’s Director of Photography, Steven Holleran.

One of the most seemingly daunting destinies for anyone is not only having to face their own death, but also having to relive it more than once. That’s certainly the case for the young title character in the new drama, ‘The Obituary of Tunde Johnson,’ as he becomes trapped in a bizarre time loop that forces him to experience the horrific fate of dying at school over and over again.

Ali LeRoi, the co-creator of ‘Everybody Hates Chris,’ made his feature film directorial debut with ‘The Obituary of Tunde Johnson.’ The movie, which was written by Stanley Kalu when he was a 19-year-old student at USC, was visually brought to the screen by Director of Photography, Steven Holleran. The crew smartly contemplates such real, everyday threats of racism, homophobia and police brutality, which are all too prevalent in current American society, throughout the story. But the story also courageously blends those issues with a feeling of optimistic empowerment that circumstances for minorities will improve across the country soon.

Set on the day of the title protagonist’s (Steven Silver) death, ‘The Obituary of Tunde Johnson’ showcases his last day differently as he continuously chooses diverse paths. As Tunde chooses each new course of action, a number of diverse events occurs: Tunde attends his film seminar; he visits his secret boyfriend, Soren (Spencer Neville); and he finds the strength to come out to his supportive parents. But high school is never easy: Soren isn’t ready to come out, and he’s “dating” Tunde’s best friend Marley (Nicola Peltz), which makes Tunde’s life as a gay Black man in America even harder — and more confusing — than it already is.

‘The Obituary of Tunde Johnson’ had its World Premiere at last month’s Toronto International Film Festival (TIFF). Holleran generously took the time to sit down for an exclusive interview during TIFF to talk about serving as the cinematographer on the drama.

The conversation with Holleran began with him explaining what convinced him to serve as the Director of Photography on ‘The Obituary of Tunde Johnson.’ He “first became involved in the feature through my agency. They happened to be helping The Launch Screenplay Competition, which put together this film. It was the very first feature they selected to produce as a screenplay competition,” he shared.

“I got the script while I was on another job in Puerto Rico. I remember that while I was reading it the night before my interview, I was falling in love with the journey of the main character of Tunde Johnson. I loved the way that the story was written as a continuous time loop,” the cinematographer divulged.

“So we get to learn about this character and see him struggle and grow over and over again, in various different versions. I thought that was interesting, from both the storytelling and cinematography levels. It allowed us to differentiate things in each time loop, and play with the audience’s perspective,” Holleran pointed out. He then divulged that “It’s a fresh way to tell a story, and something I hadn’t done before.

“I also liked the subject matter; the story talks about such topics as police brutality, gay rights, drug abuse and even teenage depression. Those are a lot of really important issues that I hadn’t tackled together before in a film, and I thought I could share them with people while I was journeying through making the film,” the Director of Photography also admitted.

On the day of his interview, Holleran “actually didn’t have a cell phone, because I had lost it in the ocean during the shoot in Puerto Rico,” he said with a hit of a laugh. “That tends to happen to filmmakers when they’re working on location.

“So I interviewed with the director, Ali LeRoi, on my laptop, in this tiny hut on the beach near where I was shooting my other project. I had just enough Wi-Fi, but it was a really awkward spot for me to do an interview; usually, I like to meet in person,” the cinematographer admitted. “But I was still able to hit it off with Ali.

“The interview happened about 10 days before we started shooting. So we prepped in about a week…and jumped right into this film,” Holleran added.

Following up on the experience of collaborating with LeRoi to determine how he would shoot ‘The Obituary of Tunde Johnson,’ the Director of Photography called the process “a pleasure. He’s very even tempered and fun to be around on set. He knows what he wants, but also leaves room for people to explore in their perspective worlds.”

LeRoi “had a lot of decisions to make on the script and story. But we had a short period of time to shoot the movie, so a lot of things had to be cut or changed. So he and the writer, Stanley Kalu, were doing a lot of rewriting every day, all the way through the movie. So there were a lot of times that he was doing that, and I was pushing ahead, getting shots done, so that we could stay moderately on schedule,” Holleran shared.

“That was challenging for everybody. But due to the type of guy that Ali is, everyone on the crew was easily able to bond as a team. So this was probably the most pleasant set experience I ever had, despite all the challenges we had,” the cinematographer added.

With Silver starring as the title character of Tunde Johnson in the movie, Holleran cherished the experience of also working with the actor and his co-stars. “On all the movies I work on, I end up getting close to the actors. But in terms of my relationship with this cast, again, this is a special film.

“This movie was pretty special, because there were a lot of times on set where decisions were just being made. Ali might have been out of the room, making changes to the script, so I had a lot of time with the actors. They were very open to my creative opinions,” the Director of Photography humbly disclosed.

The close relationships that Holleran was able to form with Silver and the rest of the cast were in part a result of them working on camera tests together. “There was so much going on that we were often alone,” he shared. “Since there are so many intimate love scenes between the two leads, it was important to form a trust with them, and show them that they could be safe on camera. I think you build better performances that way, and have a better set experience. So we all bonded quickly, and we became friends, which is a fun process.”

In addition to bonding with the actors, figuring out how to shoot films on location is also a vital part of being a cinematographer. “Shooting on location has its pros and cons,” Holleran admitted. “The cons are that you obviously don’t get to control everything. If you’re shooting on the street, for instance, you’re not necessarily controlling the traffic the entire time. There are people moving in and out of the area…Or you may not be able to put a light where you want, because you don’t own a specific property.

“But there are also a lot of blessings. You might see things out in the wild that you wouldn’t see in a studio that you can take advantage of,” the Director of Photography further explained. “Natural light can do things that can make for an interesting shot. After being a documentarian in my early days, I’m now able to take the surprises that happen and make them look interesting on camera,” he added.

“This film definitely presented challenges in the field. One day, when we were filming the party scene, for instance, we were up in the hills outside of Hollywood. It got very windy-there were about 40 mph winds, so we couldn’t use all the lights we needed to shoot a large party scene, so we had to get creative,” Holleran divulged. “We had to figure out how to shoot tighter shots, and use smaller shots to our advantage, so that we could still show the characters were at a big party.”

With ‘The Obituary of Tunde Johnson’ featuring the title character reliving the last day of his life over and over again, the cinematographer cherished the opportunity to show Tunde repeatedly reliving his life’s last day. “When it came to shooting the different time loops, we knew they were going to be a psychological journey into Tunde’s mind. We knew we would be showing his isolation and drug addiction, so we wanted each cycle to be darker and less saturated. We wanted the world to feel less vibrant every time he came back to life,” he explained.

“So for me, that meant lighting Steven similarly in each scene, but also adjusting” the look of each new cycle. We would frame things differently. That way, we could push the isolation, and the audience could feel his pain and loneliness,” Holleran shared.

One of the challenges that the Director of Photography and the rest of the crew faced during the principal photography of the drama was that they would have to shoot up to four scenes from four different cycles in the same location on the same day. He admitted “That was very confusing at times. We had to keep everything together in our heads, and make sure that we were doing the right type of framing, movements and lighting for the right time loop. That was hugely important, because we wouldn’t be able to go back and re-do anything. So working in that narrative structure on this movie made me a better filmmaker, because it was a real education.”

After finishing the production on ‘The Obituary of Tunde Johnson,’ Holleran cherished the experience of being able to attend its World Premiere at TIFF. “Anytime you make a movie in 15 days, on a shoestring budget, and without a distribution deal, and it gets into a festival like Sundance, SXSW or Toronto, it’s a huge accomplishment. It’s also an exciting moment, and a serious pat on the back to the production crew and cast. That, as filmmakers, is exciting.

“The thing that I love even more is that people will actually be able to see the; the festival goers and critics are going to see it. At the end of the day, it might also get distribution, and the whole world might get to see it,” the cinematographer further emphasized. “Then your vision might get out there and affect someone, and that’s huge.”