The infamous urban legend of the titular ‘Candyman‘ has returned to lead the next generation of Cabrini-Green residents on a terrifying wave of violence that puts them on a collision course with destiny. This year’s hit fourth installment in the celebrated supernatural slasher series highlights how a visual artist in present-day Chicago discovers that he has an unlikely connection to the eponymous villain from the original film. As the protagonist begins to explore the macabre history of Candyman, he doesn’t realize that his drive to find the truth will forever harm his life.

Universal Pictures Home Entertainment is releasing ‘Candyman,’ which is currently available on Digital, on 4K UHD, Blu-ray and DVD tomorrow, November 16. All versions of the drama, which is a direct sequel to the franchise’s first 1992 entry, includes over an hour of bonus features, such as a never-before-seen alternate ending, deleted and extended scenes, and special featurettes.

In honor of ‘Candyman’s home release, ShockYa is offering one lucky winner a Blu-ray of the feature. To enter, email us at ShockyaGiveaway@aol.com. Let us know that you’re entering to win the ‘Candyman’ Blu-ray giveaway in the email’s subject line, and include your mailing address in the message. You have until Monday, November 22 to enter, and you can enter the contest once daily. On November 22, we’ll pick the winner at random, and notify them through email. Good luck!

The new ‘Candyman,’ which is also acting as a reboot of the original horror film, was co-written by Jordan Peele, Win Rosenfeld and Nia DaCosta. Peele also served as a producer on the drama, which was directed by DaCosta. DaCosta is the first Black woman to helm a film that held the number one spot at the theatrical box office.

While Anthony’s painting career is on the brink of stalling and he’s looking for inspiration, he hears about the legend of Candyman from Brianna’s brother, Troy (Nathan Stewart-Jarrett), and his boyfriend, Grady (Kyle Kaminsky), while they’re eating dinner together. In an effort to find encouragement for his work, the artist then begins looking into the story around the neighborhood, during which time he has a chance encounter with a former resident, William (Colman Domingo). William informs Anthony about the tragically horrific nature of the true story behind Candyman. 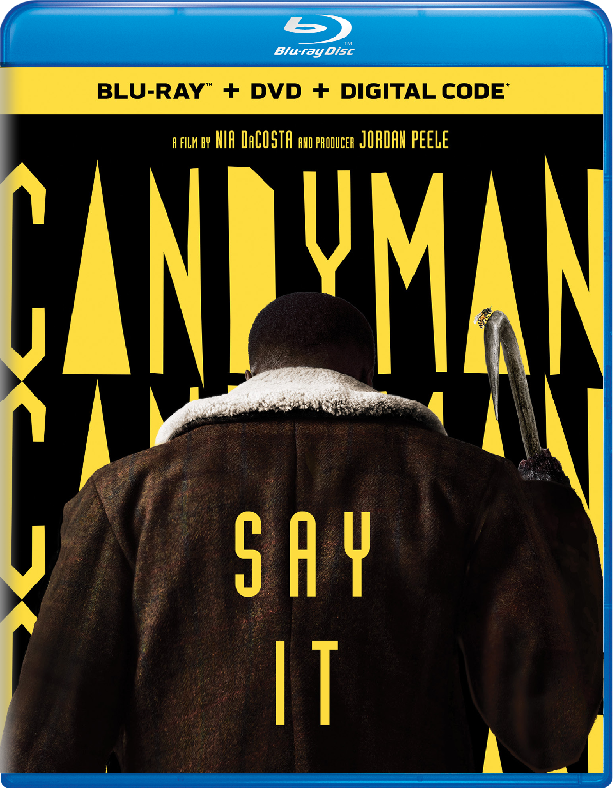