Grief has a way of leaving lasting negative effects on survivors of tragic accidents, which can lead them to make rash, reckless decisions. That’s certainly the case for the protagonist of Jamie in the upcoming horror movie, ‘An Unquiet Grave,’ which RLJE Films is set to distribute on VOD, Digital HD and DVD on January 18.

The drama’s DVD will be sold for an SRP of $27.97. It’s set to include several bonus features, including filmmaker commentary, lyric video of the title track by Vanessa Cuccia, interviews with the cast and director, ‘An Unquiet Grave’ Special Effects and the feature’s world premiere Q&A at Nightstream.

In honor of ‘An Unquiet Grave’s home release, ShockYa is offering two lucky winners a DVD of the feature. To enter, email us at ShockyaGiveaway@aol.com. Let us know that you’re entering to win the ‘Unquiet Grave’ DVD giveaway in the email’s subject line, and include your mailing address in the message. You have until next Tuesday, January 18, the day of the movie’s release, to enter, and you can enter the contest once daily. On January 18, we’ll pick the winners at random, and notify them through email. Good luck!

The drama marks the feature film directorial debut of Terence Krey (‘Graves’), who also served as a producer on the project. The helmer also co-wrote the script with Christine Nyland (‘Worthless’), who also stars in the movie with Jacob A. Ware (‘Boardwalk Empire’).

In ‘An Unquiet Grave,’ a year after losing his wife in a car crash, Jamie (Ware) convinces her sister, Ava (Nyland), to return with him to the site of the accident and help him perform a strange ritual. But as the night wears on, it becomes clear that he has darker intentions. 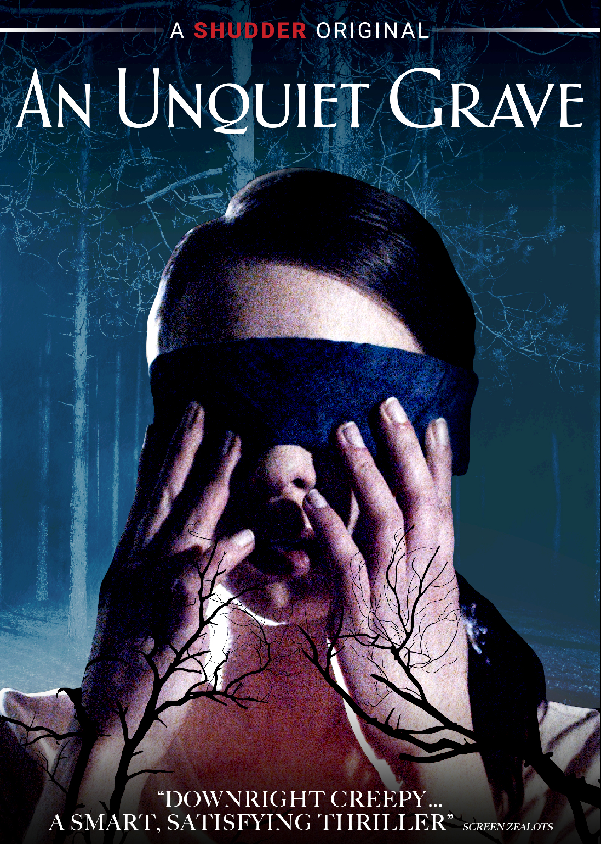