Nostalgia for classic films and society is a prevalent driving force in contemporary culture, which is thrillingly highlighted in last fall’s critically acclaimed British psychological horror movie, ‘Last Night in Soho.’ The drama pays tribute to 1960s London through riveting suspense, fashion and music in every frame.

In honor of ‘Last Night in Soho’s home distribution, ShockYa is offering one lucky winner a Blu-ray of the feature. To enter, email us at ShockyaGiveaway@aol.com. Let us know that you’re entering to win the ‘Last Night in Soho’ Blu-ray giveaway in the email’s subject line, and include your mailing address in the message. You have until next Monday, January 24 to enter, and you can enter the contest once daily. On January 24, we’ll pick the winners at random, and notify them through email. Good luck!

‘Last Night in Soho’ was co-written by Kristy Wilson-Cairns and Edgar Wright, the latter of whom also served as the directed and a producer on the feature. The drama stars Thomasin McKenzie, Anya Taylor-Joy, Matt Smith and Michael Ajao.

‘Last Night in Soho’ follows Eloise (McKenzie), a hopeful fashion designer, as she’s mysteriously able to enter the 1960s, where she encounters a dazzling, aspiring singer, Sandie (Taylor-Joy). But the glamour is not all it appears to be, and the dreams of the past start to crack and splinter into something far darker. 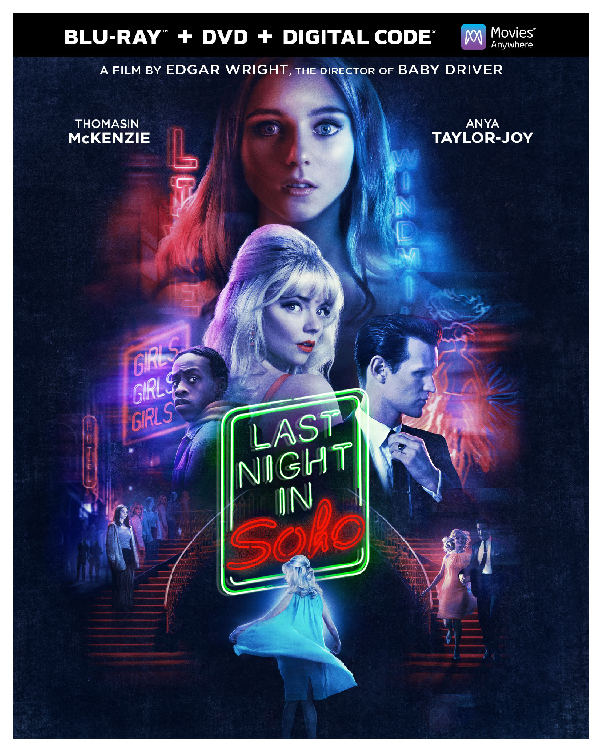