Interview: Will Battersby Talks Salt in My Soul (Exclusive)

Holding onto their biggest hopes, dreams and happiness amidst their struggle with invisible illness is a powerful journey people can truly relate to during the current devastating COVID-19 pandemic. The world’s struggle with the virus is allowing people to now truly understand the struggles late author and environmentalist, Mallory Smith experienced with her life-long battle with cystic fibrosis. Throughout her life, she embraced the healing power of memoir as medicine, which is inspiring everyone to live life as fully as possible in the face of the challenges they face.

Smith’s bestselling 2019 posthumous memoir, ‘Salt in My Soul: an Unfinished Life,’ inspired the upcoming documentary of the same name. Movie producer Will Battersby made his feature film directorial debut on ‘Salt in My Soul,’ which brings Smith’s determination to live happily, despite her immeasurable suffering, to the screen.

Giant Pictures will release ‘Salt in My Soul’ theatrically in New York at Cinema Village and Los Angeles at Laemmle Royal this Friday, January 21. The theatrical distribution will be followed by a VOD release in the U.S., Canada, the UK, Ireland and key territories worldwide next Tuesday, January 25.

‘Salt in My Soul’ takes viewers inside Smith’s mind as she tries to live a full life after was diagnosed with cystic fibrosis at the age of three. In her subsequent 22-year battle with the deadly disease, she carved out a life that most people don’t come close to experiencing.

Using Smith’s posthumously published 2500-page secret diaries, hundreds of hours of newly discovered video footage and audio recordings, she serves as the narrator of her own extraordinary chronicle. The timely coming-of-age story focuses on such complicated issues as mental health, the relationship between human sickness and environmental erosion, and the need to amplify patient voices in order to improve health outcomes.

Battersby generously took the tie recently to talk about directing ‘Salt in My Soul’ during an exclusive Zoom interview last week. Among other things, the filmmaker discussed that he was inspired to helm the documentary after he read Smith’s memoir about her life experiences, and spoke to her mother about honoring her life-long fight with cystic fibrosis on screen. Battersby also mentioned that he felt it was important to focuses on the themes of invisible illness, mental health issues and extreme respiration illness in the movie, in part to show that most of the world’s current COVID protocols come from the remedies used for treating cystic fibrosis patients.

ShockYa (SY): You made the upcoming documentary, ‘Salt in My Soul,’ which is based on the posthumously published bestselling memoir of the same name by Mallory Smith. What inspired you to adapt Mallory’s memoir for the screen, and how did production on the movie get started?

Will Battersby (WB): I read Mallory’s memoir in one sitting, and very soon after, I was put in touch with her mom, Diane Shader-Smith. We then started the process of adapting the memoir into the documentary. She’s a very fierce gatekeeper of Mallory’s legacy, of course, since it’s her daughter. So we talked at length several times about what kind of film I wanted to make. We then embarked on the process.

SY: You made your feature film directorial debut on ‘Salt in My Soul.’ What was the process like of helming the documentary?

WB: Directing was a different process for me, I’ve been producing films for a long time. (As a director,) you don’t have the same excuses that producers do; you can’t blame things on somebody else. So in a way, that was both exciting and nerve-racking.

As a producer, you read reviews (of your films), but you don’t always take them personally, since you don’t put your whole heart and soul into (the projects). But in terms of directing, you’re in charge, including setting up the interviews and deciding what you’re going to ask the interviewees, and then working with your editor to put everything together. But that (process) was exciting.

SY: Besides reading Mallory’s memoir, what kind of research did you do into her life and cystic fibrosis in general?

WB: Making a documentary is an interesting process. I think before you embark on (the process), you need to generally know what kind of film you’re making. I knew early on that I wanted to make a film that was much more emotional and character-based than you might expect a documentary to be.

I love informational films about things, but when you’re telling the story about somebody’s life, that’s not really the way to go. I could have made an informational film about cystic fibrosis, but decided not to go that route.

So a lot of the process involved me trying to get to know who Mallory was. I didn’t get the luxury of meeting her, as she passed away (before production on the documentary began).

So a lot of the film was doing the interviews with her friends and family; I had a lot of phone calls with people. I also dived into the material and read her private thoughts; that was the amazing thing about her diary. She wrote it in private; people knew she was writing, but no one knew what was in (her diary). So having (her diary) was very helpful, in terms of building a picture of Mallory.

We were also very lucky that Mallory recorded so much audio. She made some podcasts, but also recorded a lot of private audio, and shot a lot of videos of herself talking…Having those recordings helps make the audience feel closer to Mallory.

We found a first-person interview with Mallory that a choreographer had done with her as the basis for a dance. But the interview has never been seen before; no one in Mallory’s family has even ever watched it because it was too upsetting for them.

We had a lot of rich material, so it took about nine months to cut the film. So it took us awhile to form the story into what’s featured in the documentary.

SY: Like you mentioned, besides the interviews, ‘Salt in My Soul’ also features pictures and video and audio recordings that Mallory and her family made throughout her life. What was the process like of editing the material into the overall movie?

WB: It was difficult! (Battersby laughs.) There was a lot that didn’t make it into the film; there was a lot of beautiful stuff that we ended up having to cut, since there was so much of it.

Since Mallory experienced so much suffering throughout her life that people could relate to her. People are struggling during this pandemic, including with invisible illnesses, including the sickness that is COVID, and mental health issues that these times are a metaphor for Mallory’s cystic fibrosis. I think the ways that Mallory dealt with all of that stuff, and how she felt in each moment, both good and bad, were the most important things for me to show.

The film is very sad, but I also wanted to show how resilient she was in dealing with those things. She was constantly picking herself up and moving on, so those were the really important moments for me to include in the film.

SY: Like you just mentioned, ‘Salt in my Soul’ focuses on the themes of invisible illness, mental health issues and extreme respiration illness, which have only become more acute during the COVID-19 pandemic. Why was it important to you to feature such important societal issues during the current pandemic in the film?

WB: That wasn’t intentional to begin with because we shot the film before COVID hit. But after the pandemic started, it was amazing to realize that Mallory had a mask on in a lot of scenes.

I then learned that most of the COVID protocols come from the cystic fibrosis world. It’s so important that (people with these respiration illness) don’t pass germs back and forth because their immune systems are so compromised. So mask wearing, being six-feet apart and all of these other things that we’ve become so accustomed to now was already so prevalent in the cystic fibrosis world.

We initially had a thought that we should push that (similarity between cystic fibrosis and COVID) in this film. But we ultimately decided not to push it so hard in the film.

SY: The documentary features interviews with Mallory’s friends, relatives and medical team. What was the process like of deciding who you would feature in the movie, and what you would discuss with them?

WB: It was a hard process because there were a lot of people. Mallory had a big community that supported her. I knew that I needed to have people who knew her at different points in her life so that we could use them to help tell the chronologically of the story. There were obviously some people we had to have, like Mallory’s mom and dad, in the film.

I’ve never cried so much in my life as I did during these interviews. I knew going into it that it was going to be sad, but I was also cynical and thought I was going to be fine. But it had only been two years since her death when we conducted the interviews, so people were still very much grieving. So (the interview process) was very moving; it was also very difficult, but in a rewarding way. Everyone who spoke to us were very generous with us.

SY: Giant Pictures will release ‘Salt in my Soul’ theatrically in New York and Los Angeles on January 21, and then on VOD on January 25. What was the process like of securing the distribution deal for the film?

WB: We decided not to go to festivals because I had a hunch that they were unfortunately going to be virtual again. That’s fine, but it’s not the same experience. So we found a sales agent who showed the film to distributors. I worked with the distributors at Giant Pictures a few times before and really liked them. They also have a really big reach globally.

The film’s coming out in theaters in L.A. and New York. I thought about a month ago that we’d be fine, but now, who knows? We’ll see if anyone goes to the movie theaters. It’s also going to be available digitally on January 25 in 50 countries worldwide.

It was very important to me that we also open in Ireland, specifically, because they have the highest per capita rate of cystic fibrosis of anywhere in the world. So I wanted to make sure that we could reach as many CF patients and families as possible. I hope the film will touch a nerve with everyone around the world, however, because of what we’re currently living through. 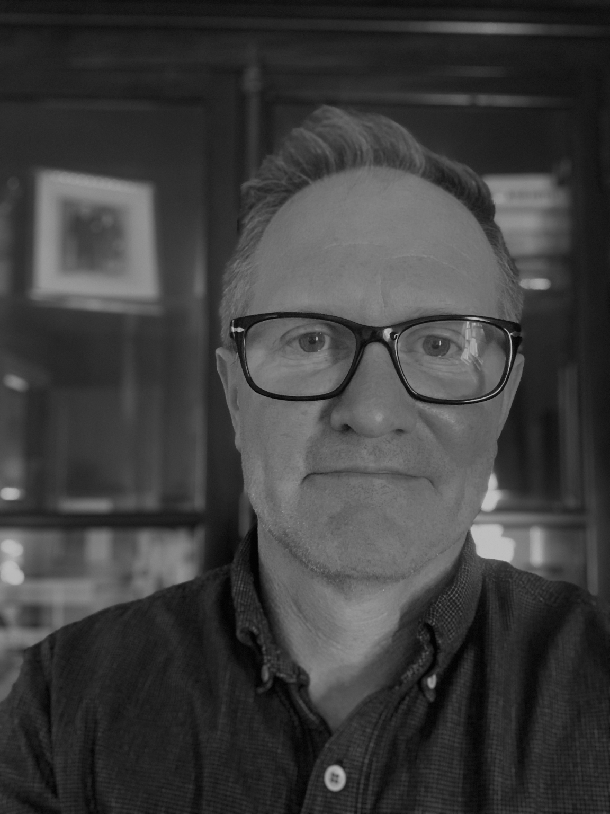 Name
Will Battersby
Website
https://saltinmysouldoc.com/
Job Title
Director of the documentary, 'Salt in my Soul'