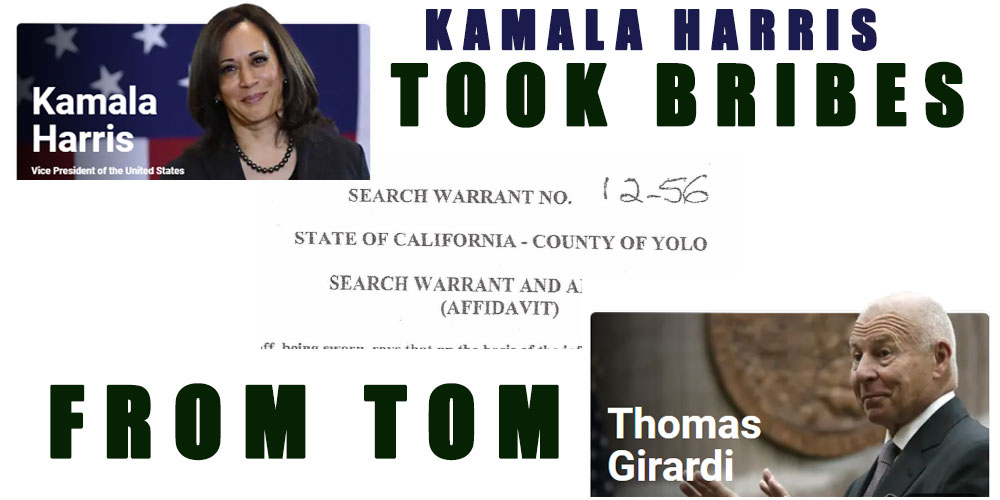 According to TVMix.com, When Kamala Harris was Attorney General of California in 2012, now Vice President Harris, conspired with disgraced lawyer Tom Girardi to extort Californian Taxpayers and to corrupt the State Bar of California with drug money and illicit funds derived from an international money laundering scheme.

At the time Leslie Brodie was a vocal critic of the Supreme Court of California and of its corruption by Tom Girardi and now deceased Senator Harry Reid of Nevada. Brodie published thousands of infractions over many years by corrupt Judges and State Bar officials.

The inset Search Warrant which Brodie highlights several times is one of many that Kamala Harris’ office issued to help Girardi and to protect the corruption.

According to Whistleblowers at the Sherrif’s Department, racketeering inside the Sherrif Baca’s offices was rife, plus illegal wiretapping spearheaded by Rep Adam Schiff was helping Girardi and Baca to scam millions out of the Court System. Reselling of impounded goods drugs and cash would be laundered through Girardi and Harry Reid’s scams.

Bar Associations and Court Publications set up to harass and bully victims into submission. Law Groups and Publications were also targeted by Girardi and his gang of Attorneys that included Gloria Allred, Michael Avenatti, Adam Schiff, and Darrel Issa.

In the Search Warrant, Harris is expressly ordering the removal of any information pertaining to Tom Girardi, from Levi’s home. Others included members of the State Bar of California including Joe Dunn, the then head of the State Bar.

Girardi was made famous for being the lawyer depicted in the movie Erin Brockovich. He is also married to NBC Beverly Hills Housewife, Eryka Jayne.

According to Levi, Girardi’s decades long schemes impacted the entire legal apparatus of San Fransisco and Los Angeles at the time Vice President Kamala Harris was Attorney General in both cities.

The couple has allegedly split, and Tom is hiding in a West LA old pensioner’s home claiming to be suffering from Alzheimer’s. Despite his own Doctor admitting to investigators that Girardi is lying.

An ongoing investigation by the FBI was started by Brian Gilhooly head of Special Mission in Los Angeles appointed by FBI Director Chris Wray. 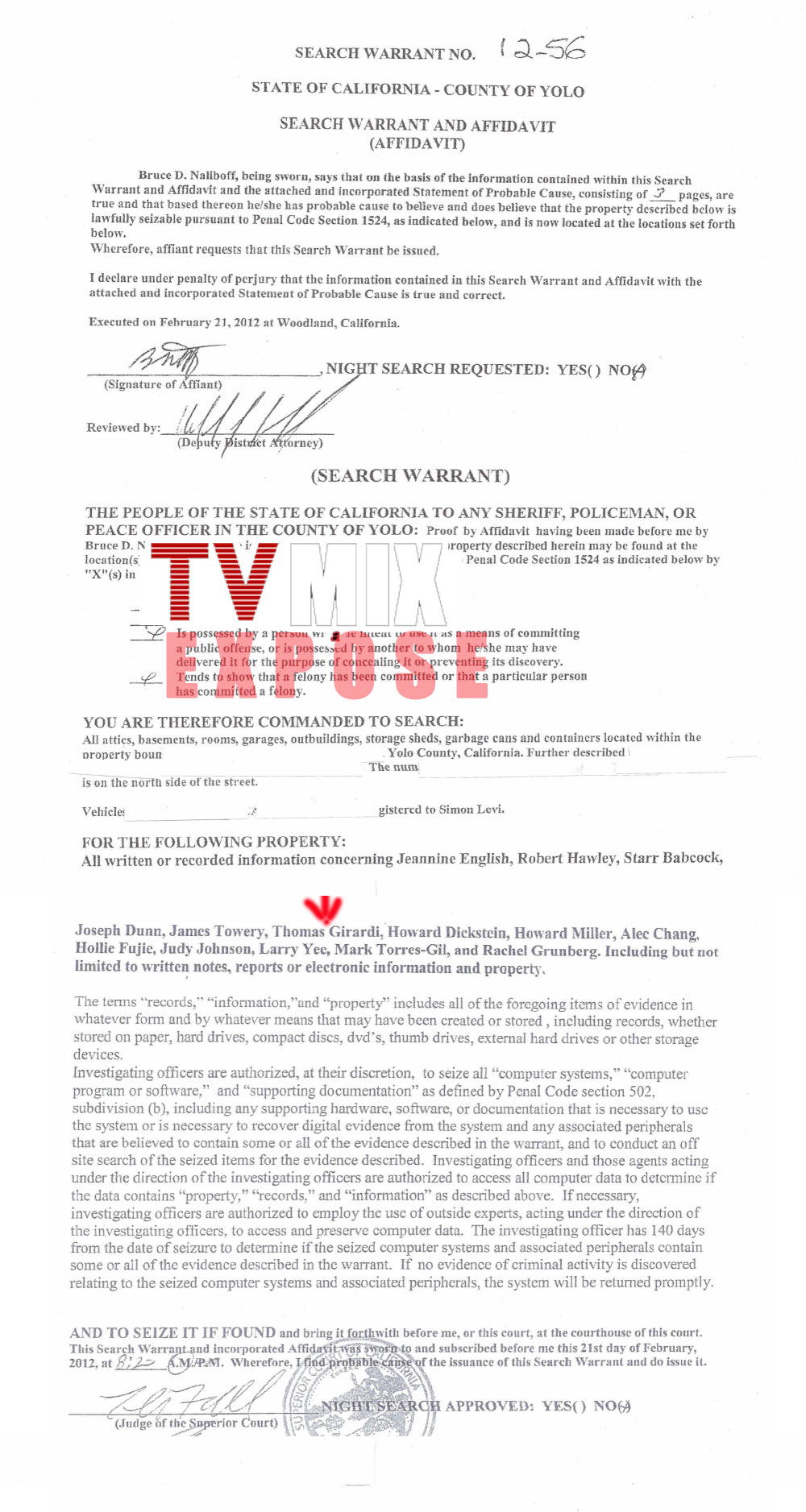