Actor Turk Matthews’ protagonist of Ray Balfi is attempting to make moves to improve his life in the upcoming crime drama, ‘Dreaming Hollywood.’ Unfortunately, the character’s already disastrous existence is thrown into further catastrophic mayhem as he seeks revenge against the people who are now trying to repress his career.

The chaos in Ray’s life is not only showcased in the film, but also the new music video for its new single, ‘X Moves,’ by the late DMX. In honor of the release of the song, which features Bootsy Collins, Steve Howe and Ian Paice, ShockYa is exclusively premiering the track’s music video.

Cleopatra Entertainment is set to distribute ‘Dreaming Hollywood’ in limited theaters and on VOD on Tuesday, March 22. The movie will also receive a deluxe Blu-ray that will include an audio soundtrack CD that features the music of DMX, ONYX and more. The drama will receive its official release after its Hollywood premiere at the Laemmle Royal Theater on Tuesday, March 15 at 7:00pm.

‘Dreaming Hollywood’ takes a deep dive into dive into Ray’s bizarre world of drug dealers, prostitutes, dirty cops and social rejects as he tries to begin a new life-direction and shops his cartoon screenplay to 100 L.A. production companies. While facing rejection after rejection, Ray learns that someone has stolen his script and made his movie, ‘The Dog’s Meow,’ without his permission. Now, Ray’s already messed-up life is thrown into catastrophic mayhem as he seeks revenge to find out who stole his script. Everyone he meets is a suspect as Ray is now motivated with a new lust for life…and blood. 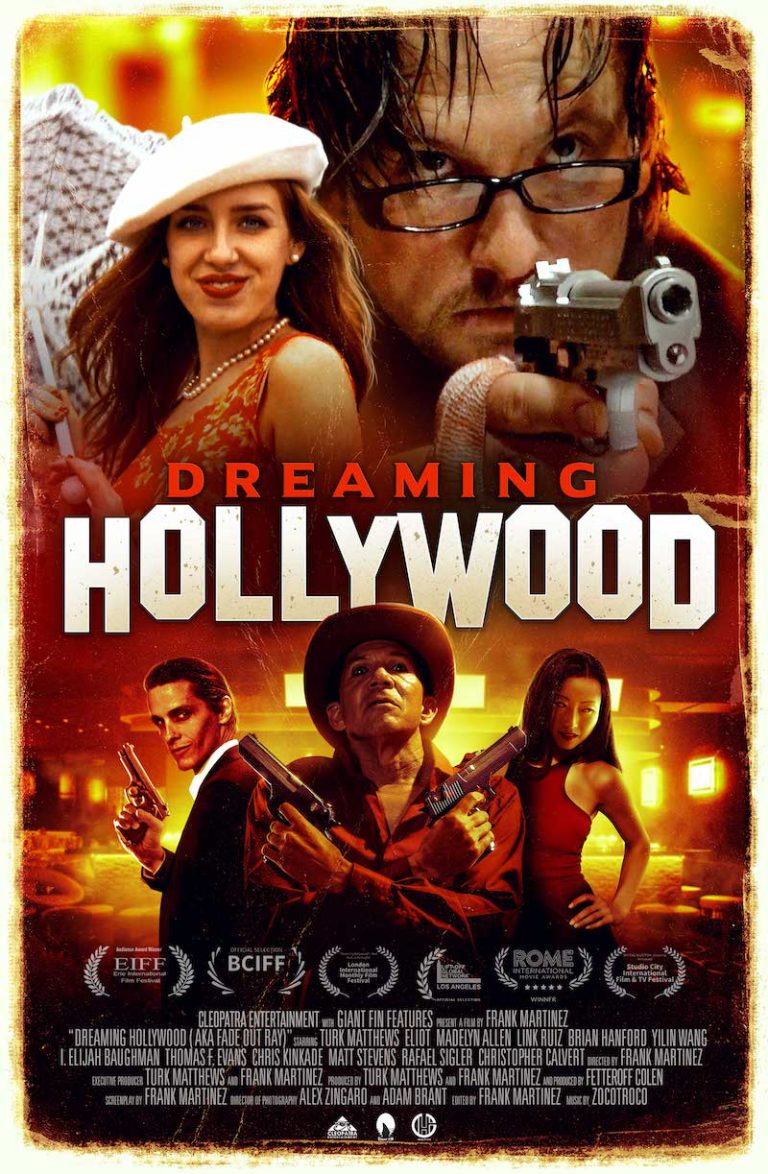