A seemingly futuristic, sci-fi narrative television show that’s driven by such elements as a planet being stripped of its natural resource, an endless war supported by a criminal government that’s only concerned about its own profits and an AI system that’s equipped with lethal decision-making capabilities is becoming all too realistic. The new futuristic military sci-fi screen adaptation of one of the world’s most popular video game series, ‘Halo,’ is connecting with general contemporary audiences over its relatable themes and messages that have surprisingly become even more relevant in recent weeks.

The space-set action drama’s current first season features nine-episodes, which premiered this week on Paramount+. The inaugural season began streaming after ‘Halo’ was renewed for a sophomore season. The initial season’s debut also comes after the show had its World Premiere in the Episodic Premieres screening section at SXSW earlier this month.

‘Halo’s television adaptation takes place in the gaming universe that started in 2001, and has since become one of the highest-grossing media franchises of all time. The drama begins in the year 2552 on Madrigal, a Tier 4 Heavy Water Extraction Planet. Madrigal’s residents are suffering under the ruling of the colonizing United Nations Space Command (UNSC). The inhabitants already on the verge of revolt when the planet is attacked by forces in the Covenant, a military alliance of several advanced alien races.

All of Madrigal’s residents are about to be killed by the Covenant when a group of USNC supersoldiers, known as Spartans, arrive on the planet to stop the opposing alien forces. Despite the Spartans’ arrival and seeming rescue mission, nearly everybody in the Madrigal colonization gets killed, exception Kwan (Yerin Ha), the daughter of a local military leader.

The Spartan’s leader, Master Chief Petty Officer John-117 (Pablo Schreiber), is then entrusted with the task of bringing Kwan back to the UNSC command center of Reach. Master Chief’s cargo also includes a strange relic that he found while on Madrigal, which captures the Covenant’s interest.

The relic further garners attention when UNSC leaders learn that when Master Chief touches it, it becomes a source of energy and sparks nostalgic flashbacks in him to a time before he became a Spartan. While Spartans are told not to ask questions while performing their job duties, after finding and touching the relic, Master Chief receives an order that causes him to question his purpose and entire existence.

Schreiber generously took the time the day before ‘Halo’s first season premiered at SXSW to talk abut starring in the show during a Zoom roundtable interview. Among other things, the actor discussed that after he was cast as Master Chief in the drama, he delved into all of the franchise’s previous properties, including the video games and graphic novels, as well as embraced the work of the television adaptation’s writers, to help him develop his character’s arc throughout the first season. He also praised Ha’s work, as he pointed to the vibrant screen presence and natural talent of the main co-star he worked with throughout the series’ current first season.

Question (Q): What inspired your interpretation of Master Chief/John-117?

Pablo Schreiber (PS): I looked at all the cinematics from every ‘Halo’ game. The real lead driving force of that work is Steve Downes and the incredible voice work that he did in creating the character for the video game format, but I also looked at a ton of outside media that has been created, specifically, a couple of the graphic novels. I also looked at the animated shorts and the live-action films.

From the beginning, when I was first cast in this show and was exposed to all of this ‘Halo’ mythology, what became immediately evident is just how deep and rich the universe is and how well-conceived and well thought out it was. I also absorbed as much content as I could that was ‘Halo’-related.

I then really surrendered myself to the vision of the writers and filmmakers who had a plan for what they wanted to do with the first season. I just tried to as authentically and truthfully as I could be with the circumstances that were given to me.

Q: What can you say about John’s complex friendship with Soren-066, who’s played by Bokeem Woodbine?

PS: Bokeem is an amazing actor, and is a person who has a real sense of history and gravitas. From the moment that you meet him, you feel a lot of what he has been through and lived, and I think that kind of life experience is invaluable for screen performance.

The character he plays, Soren, is a really rich and vibrant character. He has a lot of interesting history from having left the Spartan program at an early age after his augmentation went wrong. Now he’s this intergalactic space pirate who lives out on The Rubble and survives off of capturing UNSC ships and stealing their bounty.

Soren’s got a family now. For John, interacting with Soren after all of these years…feels particularly interesting. It’s also off-putting for John that Spartans could have children. I think he never entertained the idea that family was something that was possible, and Soren really awakened John to the possibility of a human life in general.

There are more possibilities than John had previously imagined. But for him, having the experience (of) touching this artifact (is life-changing, as) later he’s going to make a decision to do something that is going to affect how he deals with and processes emotions. All of those things together are going to start the chain reaction of John discovering more and more about who he is as a human being outside of being a soldier.

Q: You’ve starred in a variety of other television projects, from ‘Weeds’ to ‘Orange is the New Black’ and ‘American Gods.’ How was this role (on ‘Halo’) different from what you’ve done before?

PS: From the moment you get told you have the opportunity to play Master Chief, I think the difference is readily self-evident right there. It’s just a massive opportunity to play someone so iconic and beloved by so many (people) for so long, and also because of the nature of the character.

He’s a bit of a symbol and a blank slate because he’s a person from a first-person shooter video game. (So) by design, he’s kept very undefined. As players of the video game, we’re meant to fill in the undisclosed parts of his personality with our own.

To get to play a character like that also felt like a huge opportunity. For the parts of him that are unknown that we are meant to fill in with our own personalities as gamers, we now get to fill in on the TV show in a new and interesting way. We can also allow multiple generations who have grown up on this game to get to experience this universe that they have loved for so long in a completely new and exciting way.

Q: How would you describe the dynamic between John and Kwan Ha, who’s played by Yerin Ha?

PS: I feel so grateful to have gotten to work with Yerin (on the first season,) and to continue to get to work with her in the second season. She is such a vibrant screen presence.

They found her off of an audition tape in Australia, and she was one of the real revelations of the show. Her face just comes alive on screen. You instantly empathize and feel exactly what she is going through.

She’s just one of those actors who communicates their feelings and emotions with incredible ease. She doesn’t have to do much to show you what she’s going through. To get to work with someone as talented as her so early in her career was really a treat. It’s her first major TV gig, and I get to share it with her. 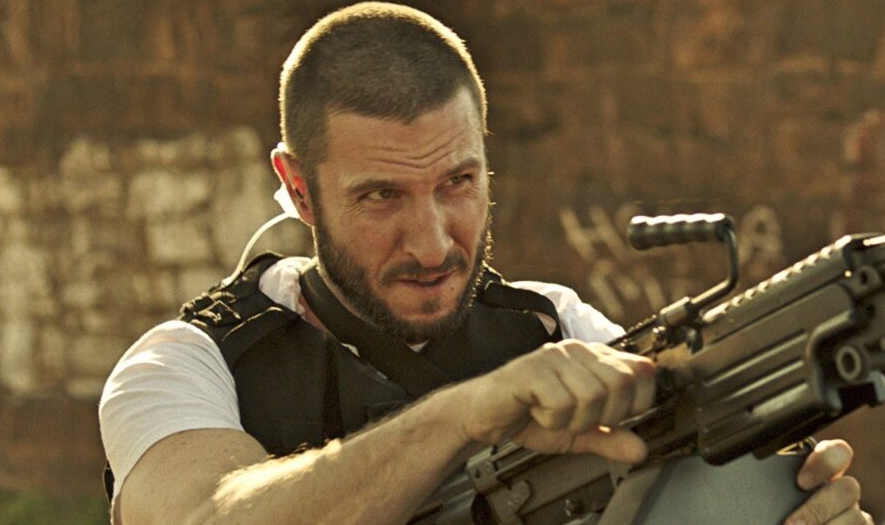