Maintaining a youthful sense of optimism and outlook on life can be a struggle for many people, but that challenge is even more heartbreakingly difficult for anyone who’s living with a disability. Memphis DiAngelis, the titular subject of the new documentary, ‘Your Friend, Memphis’ sees his prospects narrow considerably as he enters his twenties, as he’s living with cerebral palsy (CP).

But DiAngelis courageously never gives up hope on his dreams or relinquishes his independence throughout the powerful movie, which reflects on his poignant realization that things are likely never going to improve for him. From the disappearance of trusted friends to the minimal financial and medical support offered to him from the government in his home state of Texas, DiAngelis’ upbeat and determined nature turns into the grim realization that at a certain point, he must fully rely on himself to achieve his goals.

David Zucker made his feature film writing, directorial and producing debuts on ‘Your Friend, Memphis.’ He also served as the cinematographer, as well as one of the editors, along with Darrin Navarro and Jody McVeigh-Schultz, on the movie, which had its World Premiere in the Documentary Spotlight screening section at last month’s SXSW.

‘Your Friend, Memphis’ follows the DiAngelis, who’s wild at heart and lives on the edge, pursuing his dreams with grit. But as a young man with CP, living without government support, DiAngelis feels stuck. Saddled with their own baggage, DiAngelis’ parents waver between supporting his desire for independence and pushing him towards a more pragmatic reality. Seneca Mick, his best friend, also struggles to reconcile her own big ambitions with her small town life – and her relationship with DiAngelis. Shot over five years, the film is an intimate portrait into his determination to bridge the distance between the world’s expectations for him and his own aspirations.

Zucker generously took the time the week ‘Your Friend, Memphis’ had its World Premiere at SXSW to talk about penning, helming, producing and shooting the documentary during an exclusive video interview over Zoom. Among other things, the filmmaker discussed why he was inspired to make his feature film directorial debut on the project, and how he approached his helming duties during the production; how he approached shooting the movie as the cinematographer; how he contributed to editing the final version of the documentary; and what it means to him that the film had its World Premiere at last month’s SXSW, especially since DiAngelis and his family lived in Austin for many years. 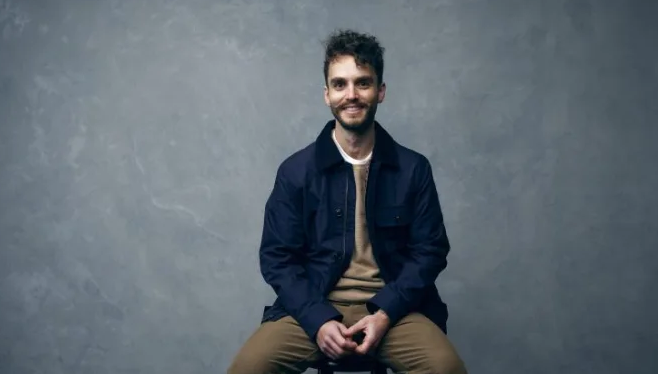