The experiences of the Black community across America, both currently and historically, are well-suited to fit the conventions of horror storytelling in movies, particularly when they’re told from a woman’s perspective. Led by a strong female-led cast and crew, the new thriller, ‘Master,’ powerfully investigates the country’s treatment of its Black citizens in an emotional way that encourages people of all races and classes to better understand the hardships the community has long faced.

Mariama Diallo wrote the script for the drama, on which she also made her feature film directorial debut. The horror movie features gripping performances from its cast, which is led by Regina Hall, Zoe Renee, Noa Fisher, Talia Ryder, Talia Balsam and Amber Gray.

‘Master’ is now playing in select theaters and on Prime Video. The thriller’s official release comes after it had its Texas Premiere in the Festival Favorites screening section at this month’s SXSW.

Set at Ancaster College, an elite New England university built on the site of a Salem-era gallows hill, ‘Master’ follows three women strive to find their place. Gail Bishop (Hall) steps into the position of the titular Master, a dean of students, and discovers what lies behind the school’s immaculate facade; a first year student, Jasmine Moore (Renee), confronts a new home that is cold and unwelcoming; and literature professor Liv Beckman (Gray) faces off against colleagues who question her right to belong. Navigating politics and privilege, the three women encounter increasingly terrifying manifestations of the school’s haunted past…and present.

Diallo, Renee and Fisher generously took the time the day before ‘Master’ had its Texas Premiere at SXSW to talk about writing, directing, producing and starring in the thriller during an exclusive video interview over Zoom. Among other things, the filmmaker and actresses discussed what inspired Diallo to pen the script, and how she approached making her feature film helming debut on the project; why Renee and Fisher were interested in portraying their characters of Jasmine and Katie in the drama, and how they worked with the rest of the cast to build their characters; and what it means to them all that the movie had its Texas Premiere at SXSW. 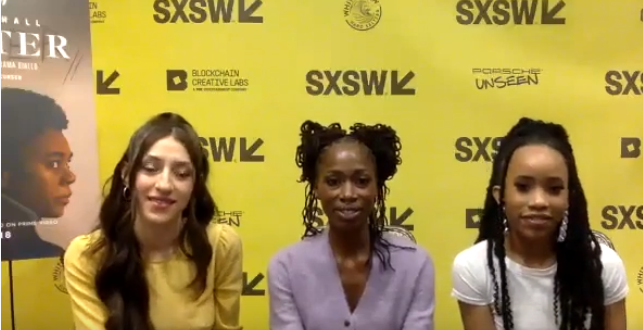