The most tantalizing genre films not only explore the lasting damaging effects of victims being physically attacked, but also being emotionally manipulated by the people they least expect to hurt them. That’s certainly the case for actress Lee Marshall’s shy, awkward protagonist in the psychological thriller, ‘Bleed with Me,’ which explores the intersections of admiration, compulsion and obsession through chilling body-horror.

‘Bleed with Me,’ which marks the feature film writing, directorial and producing debuts of Amelia Moses, mixes tenderness and violence in an investigation of female intimacy, and the dangerous codependency that arises from that close bond. The story also captures the vulnerability and discomfort between female friends as it explores issues related to self-harm and social isolation. As the relationship between the two female lead characters, who are played by Marshall and actress Lauren Beatty, blur the lines of sexuality and violence, they also become increasingly anxious, which leads them on emotional journeys that lead to their states of physical and spiritual annihilation.

RLJE Films will release ‘Bleed with Me’ on Digital HD and DVD this Tuesday, April 19. The DVD will be available for an SRP of $27.97, and will contain several bonus features, including initial concept footage and a behind-the-scenes photo gallery.

In honor of ‘Bleed with Me’s home release, ShockYa is offering three lucky winners a DVD of the movie. To enter, email us at ShockyaGiveaway@aol.com. Let us know that you’re entering to win the ‘Bleed with Me’ DVD giveaway in the email’s subject line, and include your mailing address in the message. You have until next Friday, April 22 to enter, and you can enter the contest once daily. On April 22, we’ll pick the winners at random, and notify them through email. Good luck!

‘Bleed with Me’ follows Rowan (Marshall, who also served as a producer), a self-destructive and vulnerable outsider, as she’s initially thrilled when the seemingly perfect Emily (Beatty) invites her on a winter getaway to an intimate, isolated cabin in the woods. However, boundaries and relationships soon start to collapse, as Rowan struggles to integrate herself on a weekend getaway with Emily and her unfriendly boyfriend, Brendan (Aris Tyros).

Feeling like a third wheel, Rowan drinks to calm her nerves, after which she begins to witness nightmarish late-night visions that make her feel increasingly unwelcome and unstable. Trust between the two new friends also turns into paranoia when Rowan wakes up with mysterious incisions on her arm, which leaves her convinced that Emily is stealing her blood. 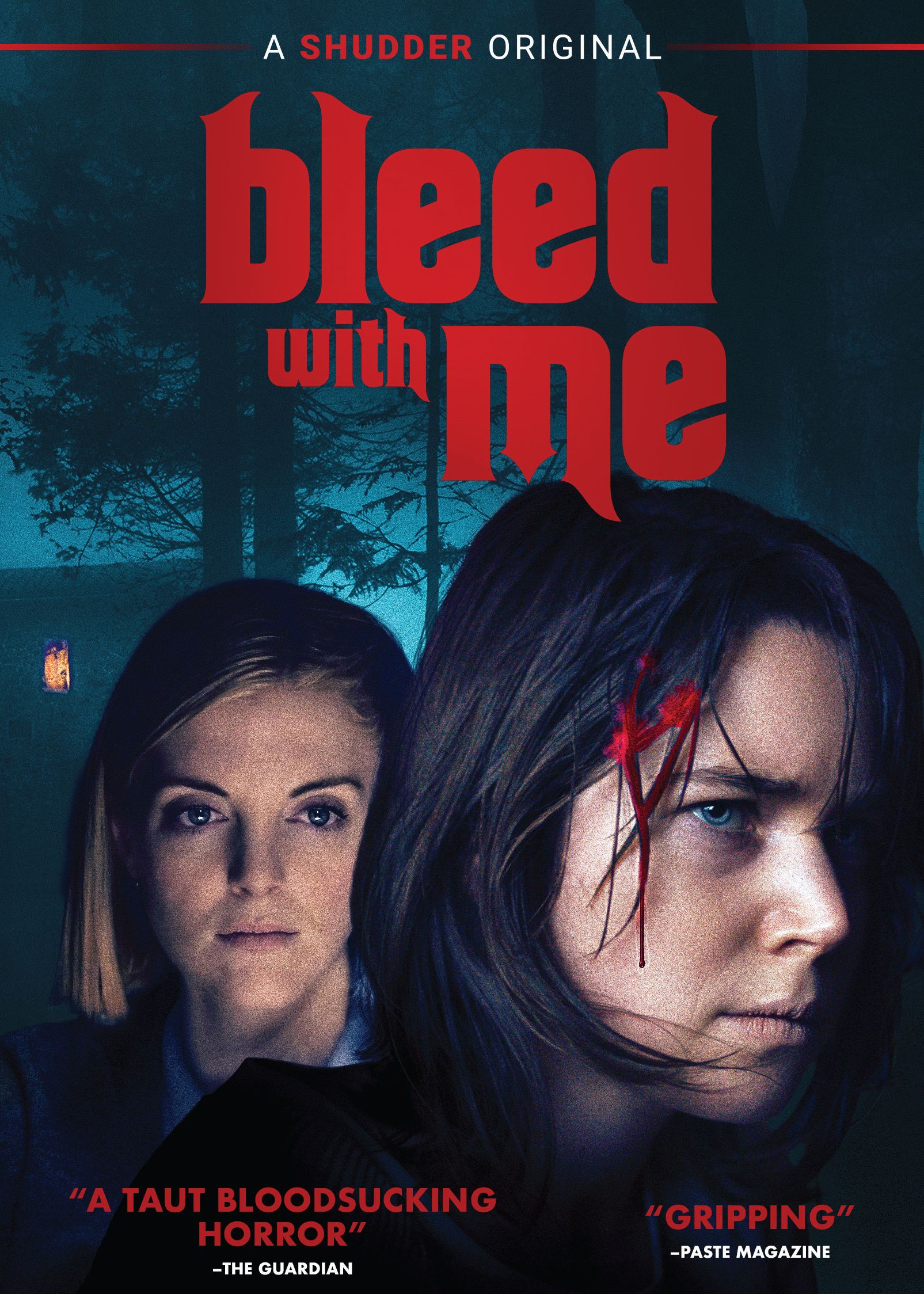