Creating an emotional and meaningful story that lures audiences into learning about the importance of historical events is a powerful and necessary part of filmmaking. This winter’s drama, ‘Minamata’ is doing just that, as it follows Eugene Smith, an American photographer, who documented the effects of mercury poisoning on the citizens of the titular Japanese city in the early 1970s.

Following its theatrical release in February, ‘Minamata’ is now available on VOD and Digital, courtesy of Samuel Goldwyn Films. The movie had its World Premiere as a Berlinale Special Gala as part of the Berlin International Film Festival in 2020. Following its film festival and theatrical fun, the critically acclaimed drama landed in third place in the first ever #OscarsFanFavorite campaign during last month’s Academy Awards ceremony.

In honor of ‘Minamata’s digital distribution, ShockYa is offering five lucky U.S. winners an iTunes code for the feature. To enter, email us at ShockyaGiveaway@aol.com. Let us know that you’re entering to win the ‘Minamata’ iTunes code giveaway in the email’s subject line and message. You have until next Friday, April 22 to enter, and you can enter the contest once daily. On Friday, April 22 we’ll pick the winners at random, and notify them through email. Good luck!

‘Minamata’ was written by David K. Kessler, Stephen Deuters, Jason Forman and Andrew Levitas, the latter of whom also directed the feature. The screenwriters based the script on the 1975 book of the same name by Aileen Mioko Smith and Smith

One of the movie’s executive producers, Andrea Iervolino commented on the feature, saying: “Anchored by standout performances and stunning direction and craft artistry, ‘Minamata’ is the kind of purposeful storytelling that sinks in with audiences and a movie they will appreciate seeing. We’re thrilled to be able to orchestrate a release campaign alongside Samuel Goldwyn that will invite audiences into this story.”

Inspired by a true story, ‘Minamata’ stars Johnny Depp as Eugene, a celebrated photojournalist. The film, which takes place in 1971, follows Eugene, a recluse as he disconnects from the world he once shot. After receiving one final assignment from Life Magazine editor Robert Hayes (Bill Nighy), Eugene must travel to the Japanese coastal city of Minamata, which has been ravaged by mercury poisoning. Ushered by an impassioned Japanese translator, Aileen (Minami) and encouraged by local villagers (Hiroyuki Sanada), Eugene’s powerful images expose decades of gross negligence by the country’s Chisso Corporation. 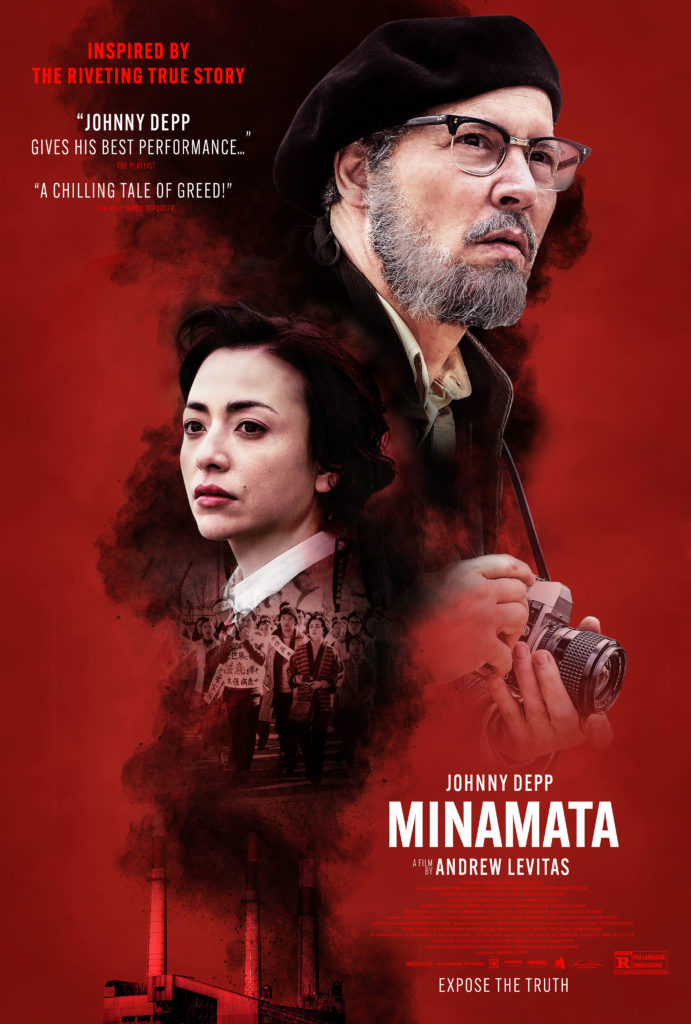