Throughout human history, it has always been a natural instinct for people to mythologize what they don’t understand. That’s certainly true for John Malkovich’s character of Dr. Karn and his patients in the new sci-fi thriller, ‘Chariot.’ The doctor and his patients frequently question what will happen to them after they die, so the unsolved mystery remains a constant source of anxiety and fear for them.

The feature is now playing in theaters and On Demand and Digital, courtesy of Saban Films. ‘Chariot’ was written and directed by Adam Sigal. In addition to Malkovich, the drama also stars Thomas Mann, Rosa Salazar, Scout Taylor-Compton, Vernon Davis, Chris Mullinax and Shane West.

In celebration of ‘Chariot’s release, Shockya is offering three lucky winners a Redbox digital rental code of the feature. To enter, email us at ShockyaGiveaway@aol.com. Let us know that you’re entering to win the ‘Chariot’ Redbox digital rental code giveaway in the email’s subject line and message. You have until next Friday, April 29 to enter, and you can enter the giveaway once daily. On April 29, we’ll pick the three winners at random and notify them through email. The winners will receive a code to digitally rent and download the movie through Redbox. Good luck!

‘Chariot’ follows Dr. Karn, an odd, eccentric specialist who guides unknowing patients through the reincarnation transition. When Harrison (Mann) experiences mysterious recurring dreams, he turns to Dr. Karn for help and reveals his encounter with a woman, Maria (Salazar) he loved in a previous life. Noticing a glitch in the system, the doctor must fix the issue before permanently derailing his patient’s future. 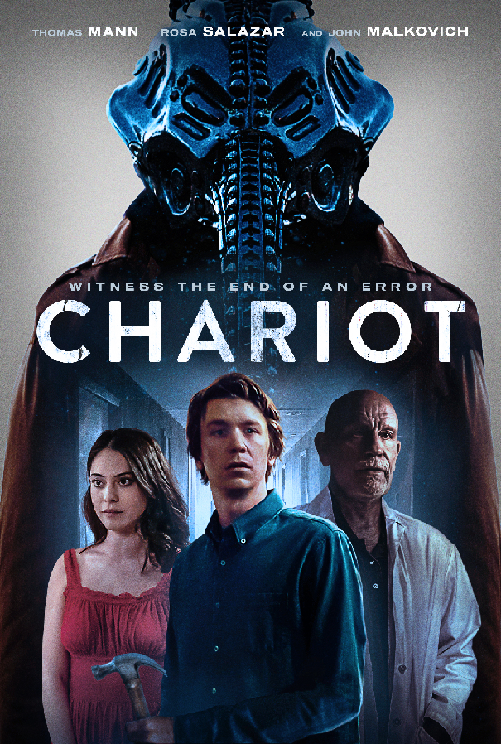