Eliminating all threats that put their livelihood at risk can ultimately put gangsters’ entire existences in peril. That’s certainly the case for actor Michael Rooker’s mob enforcer character of Gabriel Tancredi in the new action thriller, ‘White Elephant.’ While trying to prove to his boss that he can protect their business during his latest assignment, Michael must decide whether keeping the job that has come to consume his existence is worth putting his own life into jeopardy.

In honor of ‘White Elephant’s home distribution, ShockYa is offering two lucky winners a DVD of the thriller. To enter, email us at ShockyaGiveaway@aol.com. Let us know that you’re entering to win the ‘White Elephant’ DVD giveaway in the email’s subject line, and include your mailing address in the message. You have until Tuesday, August 2, the day of the DVD’s release, to enter, and you can enter the contest once daily. On August 2, we’ll pick the winners at random, and notify them through email. Good luck!

In ‘White Elephant,’ when an assassination attempt is witnessed by two cops, Gabriel, an ex-marine turned mob enforcer, is ordered by his ruthless mob boss, Arnold (Willis), to eliminate any and all threats. With an eager underling out to prove himself, rival gangs making moves and a rising body count, every step, Gabriel makes threatens lives, including his own. 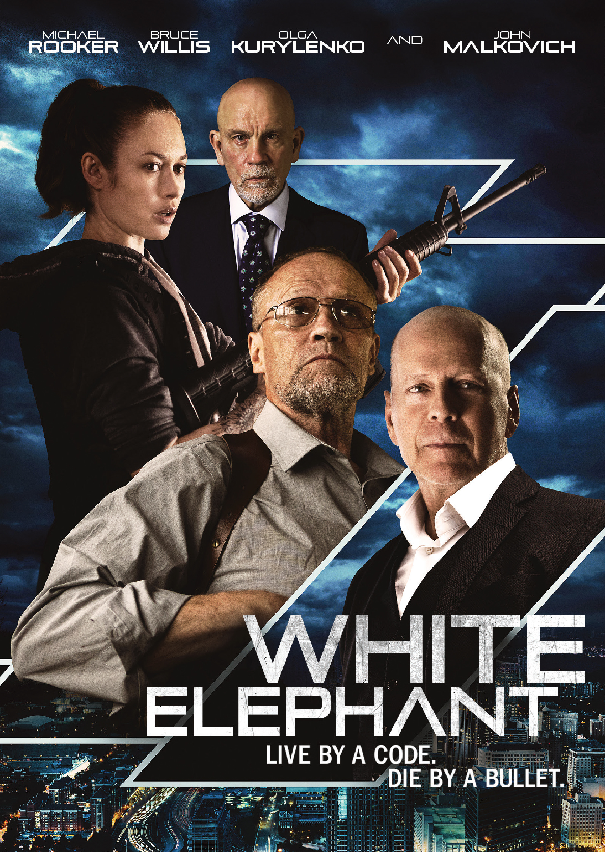