Sometimes the newfound freedoms that accompany adolescents’ transition into young adulthood can become so overwhelming that their seemingly mundane choices can cause irrevocable consequences for not only themselves, but also the people they care about the most. That’s certainly the case for actress Grace Van Patten and actor Jackson White’s multi-dimensional, relatable main characters of Lucy Albright and Stephen DeMarco in their new Hulu television series, ‘Tell Me Lies.’

The current first season of ‘Tell Me Lies’ follows Lucy and Stephen’s tumultuous but intoxicating relationship as it unfolds over the course of eight years. When the duo meet at college, they’re at that formative age when their every decision can lead to permanent results that will affect their lives forever. Although their relationship begins like any typical campus romance, they quickly fall into an addictive entanglement that will permanently alter not only their futures, but also the lives of everyone around them.

Mena plays Pippa, the leader of the friend group, who uses her bravado to mask a deep insecurity. She and Lucy become close friends at college, but they find themselves constantly at odds with each other.

Missal portrays Bree, who’s grounded and caring. She has a strong sense of who she is, and has been one of Lucy’s best friends since their first day of college. Although she initially appears to be naive, she’s actually anything but.

Crowder plays Diana, who’s elegant, confident and poised. But underneath it all, she has a formidable strength. Once Lucy finds out that Diana and Stephen have been in a tumultuous relationship for years, Lucy’s threatened—and rightly so. Diana knows Stephen in a way Lucy doesn’t, including how to navigate his games.

‘Tell Me Lies’ current first season features 10 episodes, the first three of which premiered on Hulu on September 7. The remaining seven episodes are premiering weekly on Wednesdays on the streaming service, with the season’s final episode scheduled to debut on October 26.

Meaghan Oppenheimer created, served as the showrunner, executive produced and wrote three episodes of the show’s current season, which is based on the 2018 novel of the same name by Carola Lovering. Acclaimed ’50/50′ director, Jonathan Levine, who previously worked with Hulu on last year’s drama series, ‘Nine Perfect Strangers,’ helmed the new show’s pilot. Erin Feeley and Sam Boyd both also directed two episodes of ‘Tell Me Lies’ first season.

Mena, Missal and Crowder generously took the time recently to talk about starring in ‘Tell Me Lies’ during an exclusive interview over Zoom. Among other things, the actresses discussed why they were interested in playing their respective characters of Pippa, Bree and Diana on the series; why they feel it’s so important to have strong female characters on television shows; and what their experiences were like of working with not only each other, but also the rest of the drama’s ensemble cast. 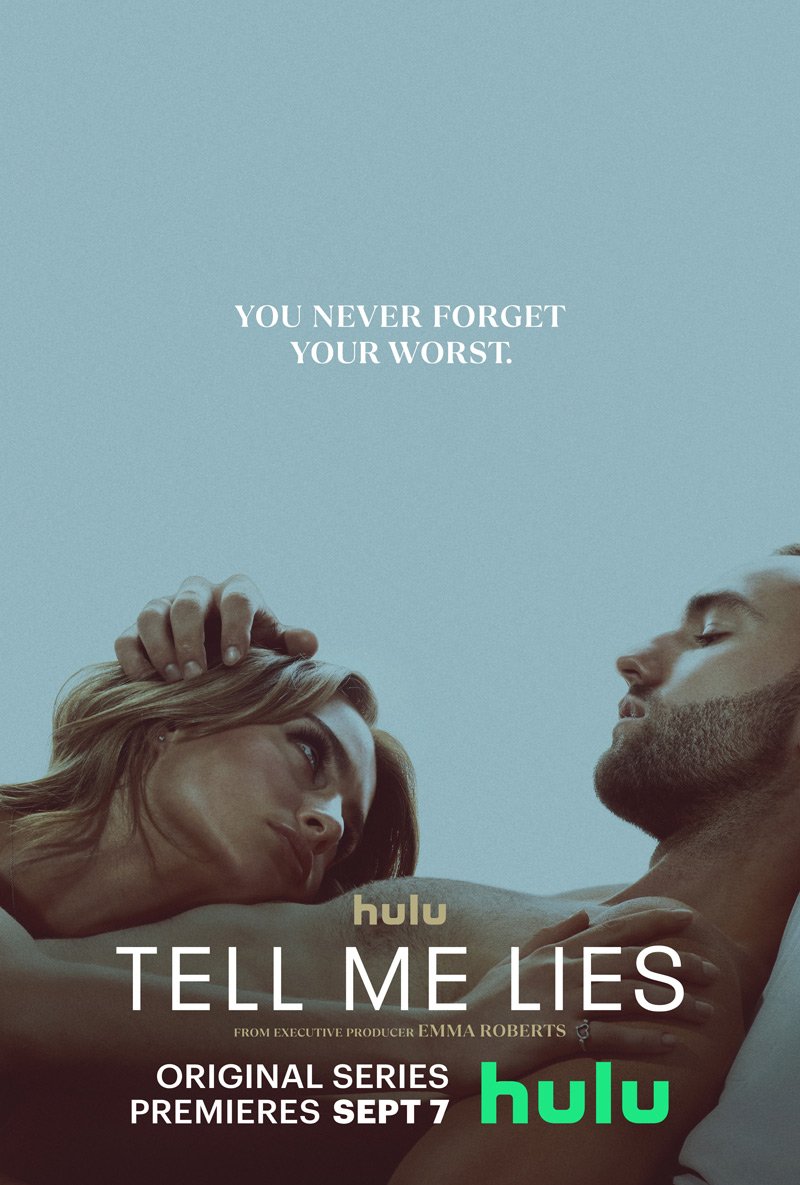