Setting out to securing a better life for themselves during a challenging time can be a harrowing experience for any teenager, especially when they feel like they have limited options for securing a better future. That’s certain the case for actor Dallas Dupree Young’s protagonist of 13-year-old Tommy in the new coming-of-age adventure-comedy, ‘1-800-Hot-Nite.’

Quiver will release the film in theaters and on VOD and digital platforms this Friday, November 4. The movie’s official distribution comes after it had a successful festival run; the comedy had its world premiere at the Santa Barbara International Film Festival, and was then an official selection at such festivals as the Dances With Films Festival, where it won the Audience Award, as well as the Portland Film Festival, the Twin Cities Film and the Austin Film Festival. In honor of the comedy’s theatrical and digital release, ShockYa is premiering an exclusive clip from the feature.

‘1-800-Hot-Nite’ follows Tommy after he loses his parents to a drug raid. As a result, he turns to a phone sex operator (his fairy godmother) for help as he embarks on an urban odyssey to escape foster care with his two best friends, Steve and O’Neill (Mylen Bradford and Gerrison Machado).

The movie was written, directed and produced by Nick Richey. The film also includes original music that was penned and performed by Stephen Schofield and Matt Chiarelli. 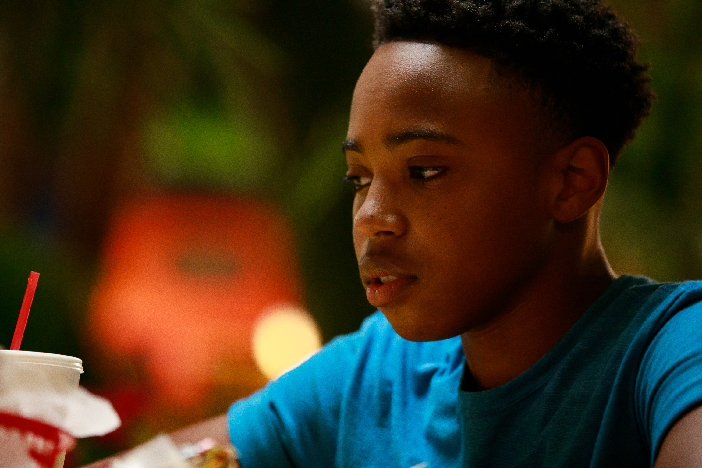