Actress Eleanor Worthington-Cox is determined to protect her family from a malevolent presence as the title character in the mystery drama, ‘Gwen.’ Shudder and RLJE Films are highlighting the young protagonist’s fight, as they’re set to release the feature today on DVD and Blu-ray.

In honor of ‘Gwen’s disc release, ShockYa is offering three lucky winners a Blu-ray of the movie. To enter, email us at ShockyaGiveaway@aol.com. Let us know that you’re entering to win the ‘Gwen’ Blu-ray giveaway in the email’s subject line and message. You have until next next Tuesday, October 15, to enter, and you can enter the contest once daily. On October 15, we’ll pick the winners at random, and notify them through email. Good luck!

‘Gwen’ was written and directed by William McGregor (‘Misfits’). In addition to Worthington-Cox, the drama stars Maxine Peake (‘The Theory of Everything‘). RLJE Films will distribute the feature on DVD for an SRP of $27.97, and Blu-ray for an SRP of $28.97. The DVD and Blu-ray include the following bonus features: An interview with Maxine Peake and An interview with Eleanor Worthington-Cox.

In the movie, Gwen (Worthington-Cox) is a young girl whose life seems to be collapsing around her. Struggling with her mother’s mysterious illness, her father’s absence and a group of angry villagers threatening to take her farm, Gwen must find the strength to guide her family through the darkness. But as a malevolent presence begins to take grip of her home, it becomes apparent there is a greater evil that may be too strong to overcome. 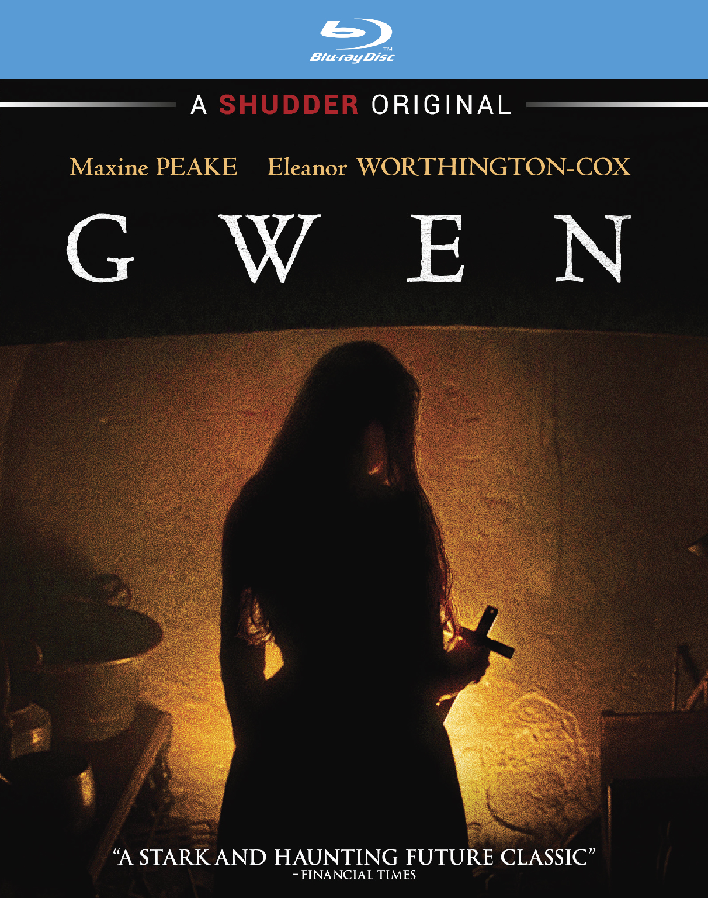