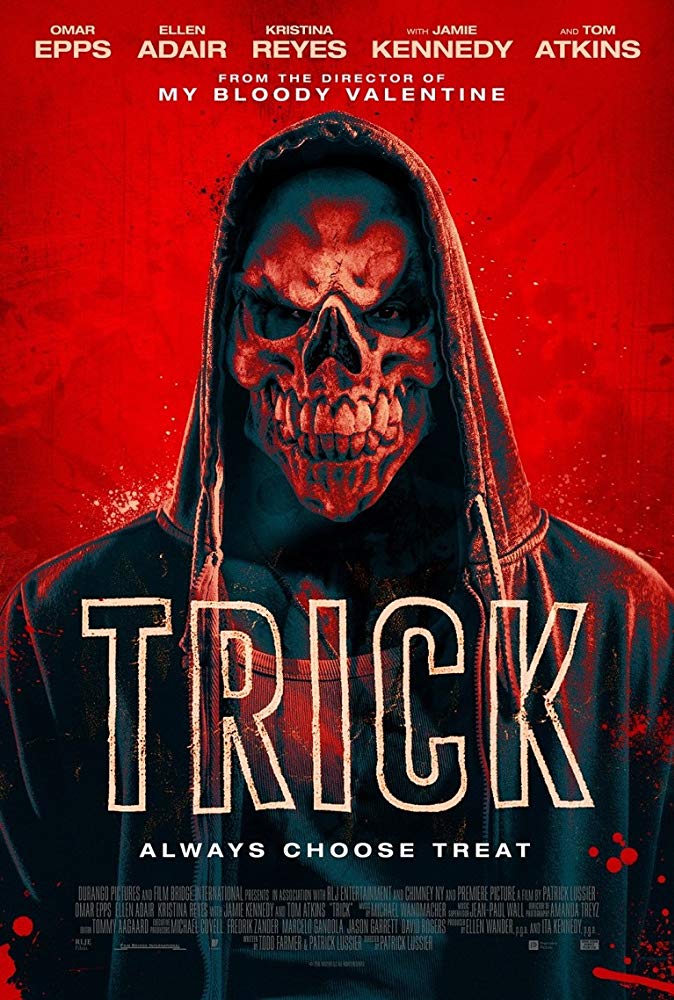 While capturing the deceitful title murderer in this fall’s alluring drama, ‘Trick,’ may be an elusive task for the feature’s protagonists, the ease of creating another chilling horror thriller isn’t an arduous challenge for director Patrick Lussier. The helmer’s latest on-screen deceptive hoax is set to scare audiences all over again this winter, as RLJE Films is set to release the movie on December 17 on DVD for an SRP of $27.97, and Blu-ray, for an SRP of $28.97. The DVD and Blu-ray includes the bonus feature, ‘The Making of ‘Trick,’ which features interviews with the cast and crew.

In honor of ‘Trick’s disc release, ShockYa is offering three lucky winners a DVD of the horror drama. To enter, email us at ShockyaGiveaway@aol.com. Let us know that you’re entering to win the ‘Trick’ DVD giveaway in the email’s subject line and message. You have until December 17, the day of the discs’ distribution, to enter, and you can enter the contest once daily. On December 17, we’ll pick the winners at random, and notify them through email. Good luck!

The following synopsis for ‘Trick’ has been released by RLJE Films:

On Halloween night in 2015, Patrick “Trick” Weaver massacred his classmates at a costume party. After being arrested, he managed to escape police custody, but not before being shot five times by Detective Mike Denver (Epps). Everyone believes Trick must be dead, but when a masked killer reappears the following Halloween, and every Halloween after that, they realize the nightmare is not over. With Trick wreaking havoc and killing innocent people in increasingly terrifying ways, Denver will stop at nothing to finish what he started and bring the carnage to an end.