John Hawkes is longing to reconnect with his long-lost son in the upcoming drama, ‘End of Sentence.’ In honor of the actor’s character’s looming reunion with his estranged child after the death of his wife, Gravitas Ventures has released the official trailer, poster and stills for the movie.

Gravitas Ventures is set to distribute ‘End of Sentence’ on May 29. The film was written by Michael Armbruster, and directed and produced by Elfar Adalsteins. In addition to Hawkes, ‘End of Sentence’ stars Logan Lerman, Sarah Bolger and Ólafur Darri Ólafsson.

Gravitas Ventures has released the following synopsis for ‘End of Sentence’:

After being widowed, Frank Fogle reluctantly embarks on a journey to honor his wife’s last wish of spreading her ashes in a remote lake in her native Ireland and a promise of taking his estranged son, Sean, along for the trip. Between a disconcerting Irish wake, the surfacing of an old flame, the pick up of a pretty hitchhiker and plenty of unresolved issues, the journey becomes a little more than father and son had bargained for. 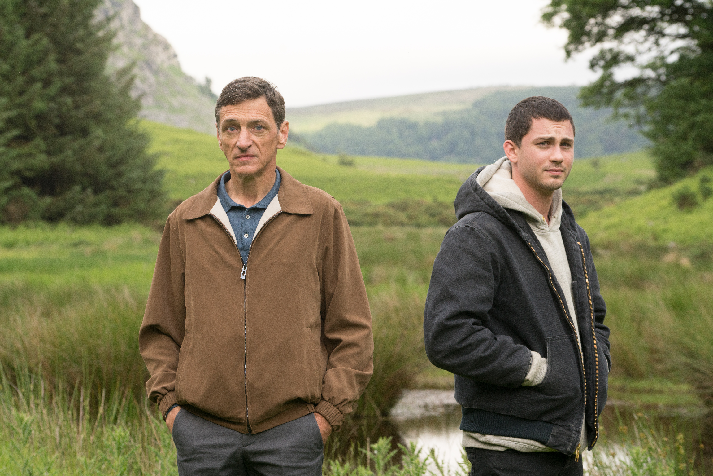