An art heist has led to an improbable, emotional relationship between the title characters in the upcoming documentary, ‘The Painter and the Thief.’ That unexpected bond is highlighted in the new official trailer for the film, which Neon is set to release on Hulu, VOD, virtual cinemas and participating drive-ins on Friday, May 22. The feature’s official distribution comes after it played in the World Cinema Documentary Competition category at this year’s Sundance Film Festival.

The movie was directed by Benjamin Ree, and produced by Ingvil Giske. ‘The Painter and the Thief’ features Barbora Kysilkova and Karl-Bertil Nordland.

Neon has released the following synopsis for ‘The Painter and the Thief’:

Desperate for answers about the theft of her two paintings, a Czech artist seeks out and befriends the career criminal who stole them. After inviting her thief to sit for a portrait, the two form an improbable relationship, and an inextricable bond that will forever link these lonely souls. 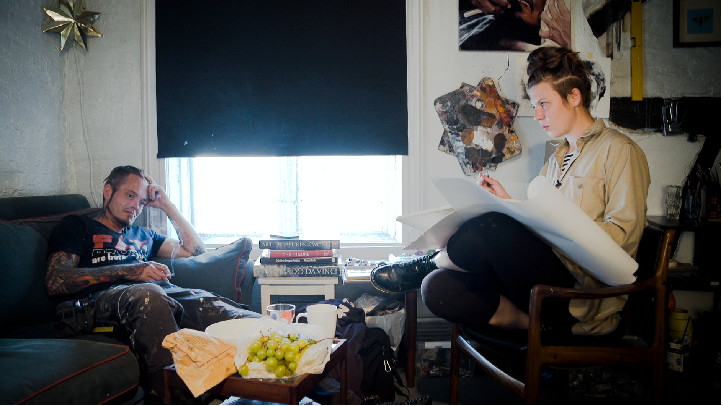 Title
'The Painter and the Thief' Official Trailer
Description

Neon has released the official trailer for director Benjamin Ree's documentary, 'The Painter and the Thief.'