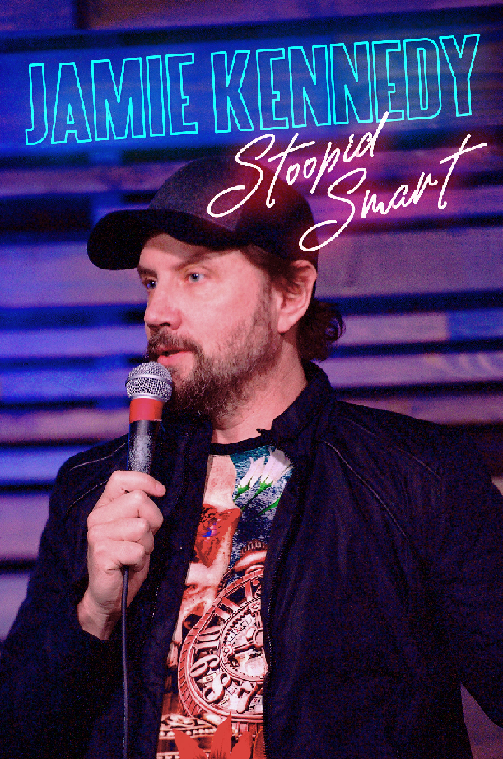 Modern American society is being roasted by one of the country’s funniest and most well-known comedians, Jamie Kennedy, in his upcoming comedy special, ‘Jamie Kennedy Stoopid Smart.’ The one-hour special is set to be exclusively streamed this Memorial Day, Monday, May 25, on the number one free streaming app, Tubi TV.

In honor of ‘Stoopid Smart’s release, ShockYa is premiering an exclusive clip from the show, which is titled ‘Alright, Alright, Alright.’ The clip features Kennedy as he imitates Oscar-winning actor, Matthew McConaughey, and his famous catchphrase from his hit 1993 teen comedy, ‘Dazed and Confused.’

Kennedy, who’s known in part for his role as Randy in the ‘Scream’ film series, as well as his classic 2000s comedy movies, ‘Kickin’ It Old Skool’ and ‘Malibu’s Most Wanted,’ takes center stage in his new stand-up special. ‘Stoopid Smart’ features the actor’s hilarious jokes about life as an unmarried man, being recognized in an Olive Garden, Alexander Graham Bell’s thoughts on sexting and America’s most bizarre college majors.

‘Stoopid Smart’ was filmed at Orange County’s intimate Rec Room when the performer embarked on a nationwide headlining stand-up tour. Besides Tubi TV, the comedy special will also be available on Amazon, iTunes and Digital platforms next month.

“I love Tubi – they are truly the next big thing,” Kennedy said. “‘Kickin’ It Old Skool,’ ‘Malibu’s Most Wanted’ and a few of my specials have been doing awesome on the platform. Given the current state of streaming, it just seemed like an obvious play to make my new special available to stream for free!”

To coincide with ‘Stoopid Smart’s release and his 50th birthday on Monday, Kennedy will also participate in a CYA livestream, which begins at 7pm ET. CYA is an immersive social broadcast platform for shared real-time experiences. It lets content producers broadcast synchronized interactive and collaborative events to large-scale virtual audiences in real-time.