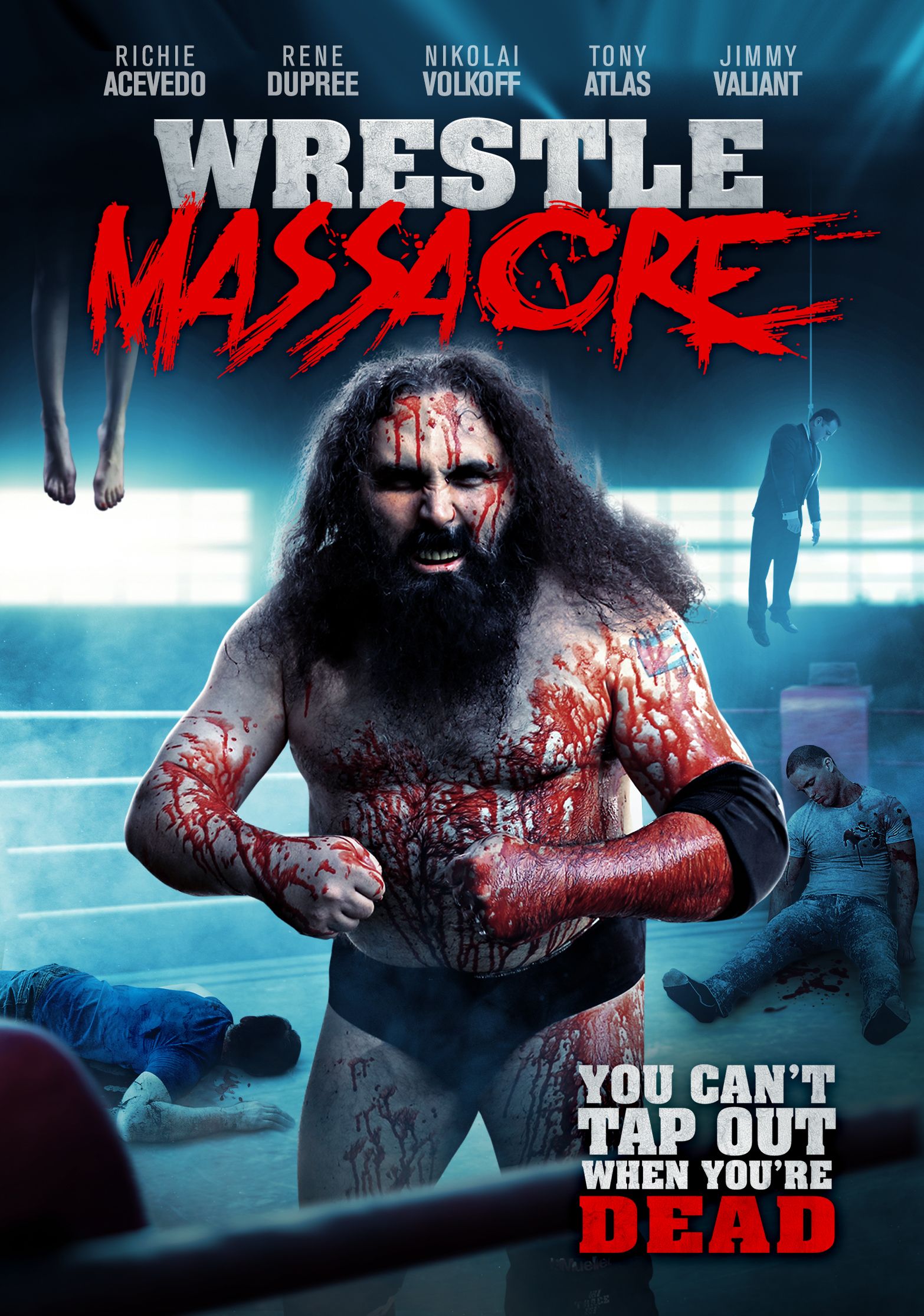 The wrestling world is being bodyslammed by the horror genre with the new film, ‘Wrestlemassacre.’ The horror comedy, which features former wrestler Richie Acevedo (aka The Cuban Assassin), is being distributed today On Demand DVD by Wild Eye Releasing.

In honor of ‘Wrestlemassacre’s home release, ShockYa is offering three lucky winners a DVD of the movie. To enter, email us at ShockyaGiveaway@aol.com. Let us know that you’re entering to win the ‘Wrestlemassacre’ DVD giveaway in the email’s subject line, and include your mailing address in the message. You have until next Tuesday, June 23 to enter, and you can enter the contest once daily. On June 23, we’ll pick the winners at random, and notify them through email. Good luck!

Wild Eye Releasing has unveiled the following synopsis for ‘Wrestlemassacre’:

Randy (Acevedo) is an awkward groundskeeper who is obsessed with professional wrestling. Longing for a sense of belonging with grandiose dreams of becoming a wrestling superstar, he is only met with abject humiliation. A brutal shaming at a local wrestling school pushes Randy over the edge, leaving him to set out on a blood-soaked rampage to punish those who wronged him.