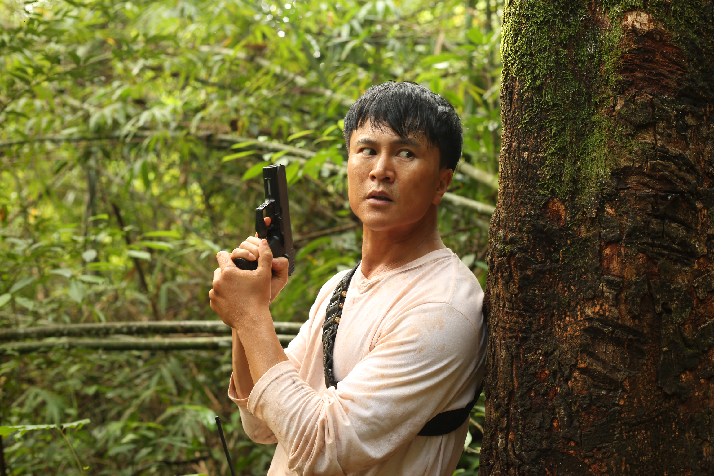 Gu Shangwei is fighting for his freedom-and his life-in the upcoming action film, ‘The Prey.’ The drama, which follows the actor’s protagonist as he must battle his way out of a remote Cambodian jungle during a sadistic game, is set to open in American Virtual Theaters on Friday, August 21, with a national VOD release on all major platforms to follow on Tuesday, August 25.

‘The Prey’ is loosely based on Richard Connell’s popular 1924 short story, ‘The Most Dangerous Game.’ The feature was co-written by Michael Hodgson, Kai Miller and Henderson, the latter of whom also served as the director. In addition to Shangwei, the movie also stars Byron Bishop, Sahajak Boonthanakit, Nophand Boonyai and Vithaya Pansringarm.

Dark Star Pictures has released the following synopsis for ‘The Prey,’ which is in Cambodian and Chinese (Mandarin) with English subtitles:

Undercover Chinese cop Xin (Shangwei) is on a secret international mission when a surprise raid puts him in a remote Cambodian jungle prison that plays by its own rules. In the jungle, the ruthless warden (Pansringarm) sells prisoners as human prey for rich hunters looking for thrills.

After years of hunting down ruthless criminals, Xin suddenly finds himself running for his life. If Xin manages to survive this sadistic game, he’ll walk out of the jungle the same way he came in: as a free man. If Xin fails, he’s just another hunting trophy.