In an ever changing and at-times frightening world, the bond of family is often what keeps people’s spirits lifted and gives them hope that they can survive. That’s certainly the case for the cast, crew and characters of the hit action franchise, ‘The Fast Saga.’ Its latest entry, ‘F9,’ is proving that overcoming conflict is what the characters do best, even when the most terrifying aspects of life are a direct result of one of their relative’s actions.

Universal Pictures Home Entertainment is releasing the drama today, September 21 on 4K Ultra HD, Blu-ray and DVD. The series’ eighth sequel is also currently available digitally. ‘F9’s disc home release includes the original theatrical release and the Director’s Cut, and more than an hour of exclusive bonus content, including feature commentary for both the theatrical and director’s cuts with filmmaker Justin Lin, a gag reel and such featurettes as ‘Justice for Han,’ ‘A Day on Set with Justin Lin’ and ‘John Cena: Supercar Superfan.’

In honor of ‘F9’s home entertainment release, ShockYa is offering one lucky winner a Blu-ray of the movie. To enter, email us at ShockyaGiveaway@aol.com. Let us know that you’re entering to win the ‘F9’ Blu-ray giveaway in the email’s subject line, and include your mailing address in the message. You have until next Tuesday, September 28 to enter, and you can enter the contest once daily. On September 28, we’ll pick the winners at random, and notify them through email. Good luck!

In ‘F9,’ Dom Toretto (Vin Diesel) thought he’d left his outlaw life in the rear-view mirror, but not even he can outrun the past. When his forsaken brother Jakob (Cena) unexpectedly resurfaces as an elite assassin, the crew comes back together to help Dom confront the sins of his own past and stop a world-shattering plot. 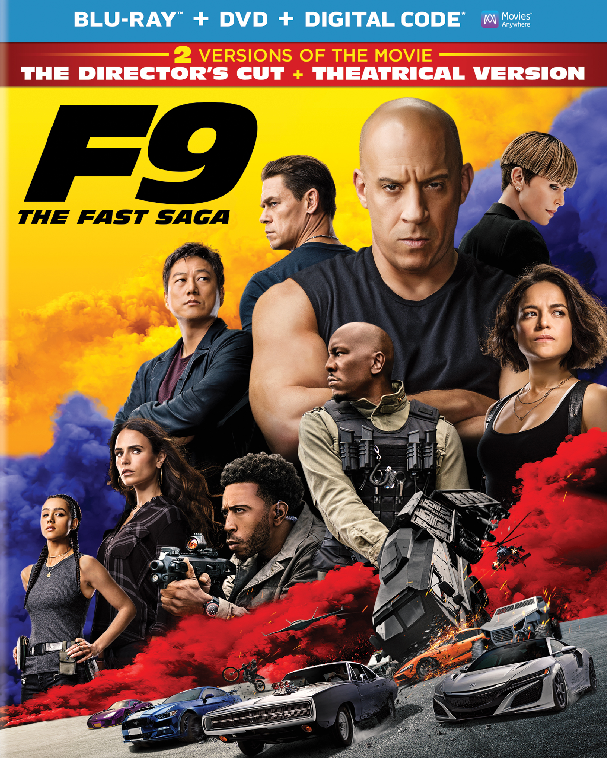