Sometimes the best way for people to save themselves and uncover their true purpose in life is to embark on a vital journey to rescue someone else. That’s certainly the case for Nicolas Cage‘s anti-hero in the new action-sci-fi movie, ‘Prisoners of the Ghostland.’ The Oscar-winning actor’s character is promised freedom and redemption in his own life if he finds and protects the life of a dangerous warlord’s granddaughter in the tantalizing horror drama.

RLJE Films is set to distribute the feature on DVD, Blu-ray and 4K UHD/Blu-ray SteelBook on Tuesday, November 16. ‘Prisoners of the Ghostland’s home release comes after it had its world premiere at this year’s Sundance Film Festival.

In honor of ‘Prisoners of the Ghostland’s home release, ShockYa is offering two lucky winners a Blu-ray of the feature. To enter, email us at ShockyaGiveaway@aol.com. Let us know that you’re entering to win the ‘Prisoners of the Ghostland’ Blu-ray giveaway in the email’s subject line, and include your mailing address in the message. You have until Tuesday, November 16, the day of the drama’s release, to enter, and you can enter the contest once daily. On Tuesday, November 16, we’ll pick the winners at random, and notify them through email. Good luck!

‘Prisoners of the Ghostland’ is set in the treacherous frontier city of Samurai Town, where a ruthless bank robber (Cage) is released from jail by wealthy warlord The Governor (Moseley), whose adopted granddaughter, Bernice (Boutella), has gone missing. The Governor offers the prisoner his freedom in exchange for retrieving the runaway. Strapped into a leather suit that will self-destruct within three days, the bandit sets off on a journey to find the young woman—and his own path to redemption. 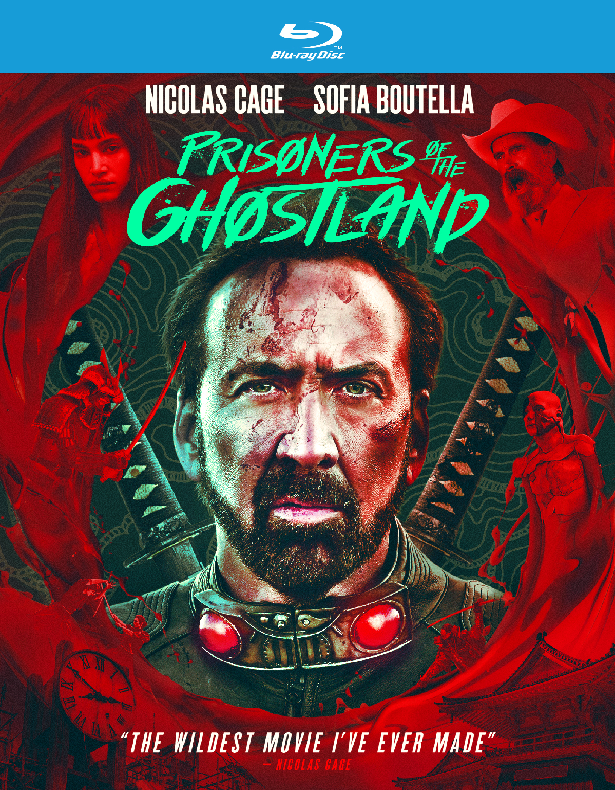