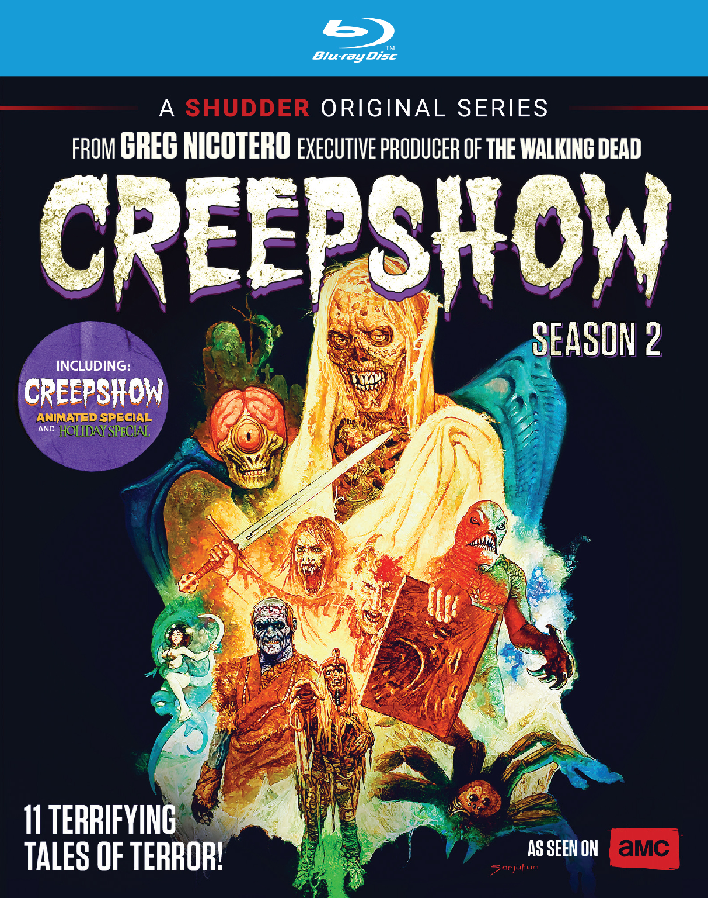 Horror fans are being treated with the gift of scares this holiday season, as the second season of the television adaptation of the classic 1980s horror comedy movie series, ‘Creepshow,’ is coming home. Following the anthology television show’s Season 1 Saturn Award-winning Blu-ray and DVD distribution last year, fans of the franchise can once again witness a comic book come to life with the sophomore season’s home release.

The second season of the genre show’s revival, which premiered on Shudder on April 1, is now available on Blu-ray and DVD, courtesy of RLJE Films, for an SRP of $34.98. The special features on the new Blu-ray and DVD include ‘A Creepshow Animated Special,’ ‘A Creepshow Holiday Special,’ ‘WonderCon@Home 2021 Interview with (showrunner-executive producer-director) Greg Nicotero,’ photo galleries, comic art booklet, exclusive never-before-seen behind-the-scenes featurettes and behind-the-scenes raw footage. The Blu-ray and DVD also each have a reversible sleeve art created by Rich Hilliard and Sanjulián, respectively.

In honor of ‘Creepshow’s Season 2 home release, ShockYa is offering two lucky winners a Blu-ray of the fantasy show. To enter, email us at ShockyaGiveaway@aol.com. Let us know that you’re entering to win the ‘Creepshow’ Season 2 Blu-ray giveaway in the email’s subject line, and include your mailing address in the message. You have until next Monday, December 13 to enter, and you can enter the contest once daily. On December 13, we’ll pick the winners at random, and notify them through email. Good luck!