Bruce Willis is fighting for his life and freedom against ruthless hunters in the new action thriller, ‘Apex.’ The Golden Globe-winning actor’s struggle against the men who want to continue imprisoning him, despite his innocence, will unfold when RLJE Films releases the feature on Blu-ray and DVD this Tuesday, February 8.

In honor of ‘Apex’s home distribution, ShockYa is offering three lucky winners a Blu-ray of the feature. To enter, email us at ShockyaGiveaway@aol.com. Let us know that you’re entering to win the ‘Apex’ Blu-ray giveaway in the email’s subject line, and include your mailing address in the message. You have until this Tuesday, February 8, the day of the drama’s Blu-ray distribution, to enter, and you can enter the contest once daily. On February 8, we’ll pick the winners at random, and notify them through email. Good luck!

In ‘Apex,’ ex-cop Thomas Malone (Willis) is serving a life sentence for a crime he didn’t commit. He’s offered a chance at freedom if he can survive a deadly game of Apex. Six hunters pay for the pleasure of hunting another human on a remote island, but once Malone arrives, all hell breaks loose. Laying traps and playing mind games, Malone tries to turn the tables and fight for his life and his future. 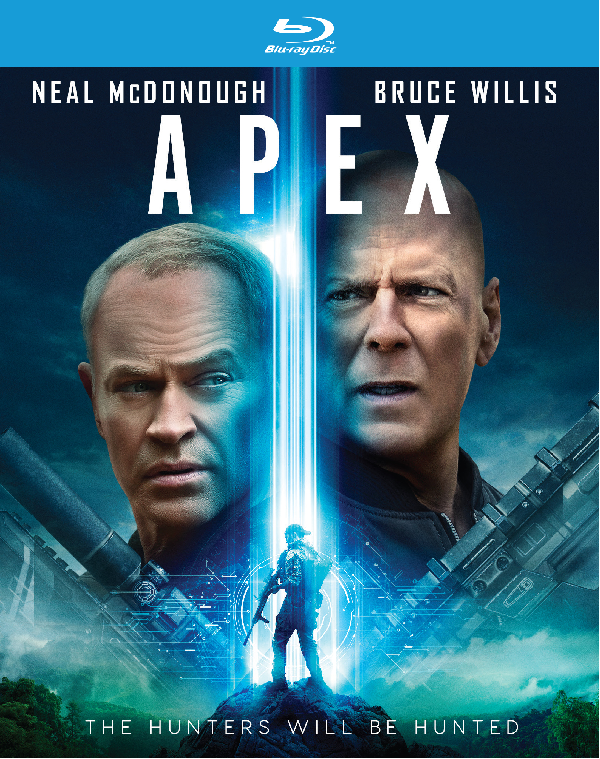