One of the biggest challenges in life is when a seemingly prosperous circumstance suddenly and unexpectedly begins to endanger the people involved in the situation. That’s certainly the case for the unsuspecting residents of the eponymous city in the new Western, ‘Murder at Yellowstone City,’ as some of its residents have dark secrets that are worth killing over in order to protect themselves.

In honor of ‘Murder at Yellowstone City’s home distribution, ShockYa is offering two lucky winners a DVD of the Western. To enter, email us at ShockyaGiveaway@aol.com. Let us know that you’re entering to win the ‘Murder at Yellowstone City’ DVD giveaway in the email’s subject line, and include your mailing address in the message. You have until Tuesday, August 23, the day of the DVD’s release, to enter, and you can enter the contest once daily. On August 23, we’ll pick the winners at random, and notify them through email. Good luck!

In ‘Murder at Yellowstone City,’ the once peaceful and booming titular city has fallen on hard times, but when a local prospector strikes gold, things seem to start turning around. Any hope is soon shattered, however, when the prospector is found dead and the Sheriff quickly arrests a mysterious newcomer.

But nothing is so simple in this sleepy western town, and more than a few of the locals have secrets to keep and reasons to kill. As the brutal murders continue, pitting neighbor against neighbor, Yellowstone City goes down a bloody path to a final showdown that not all will survive. 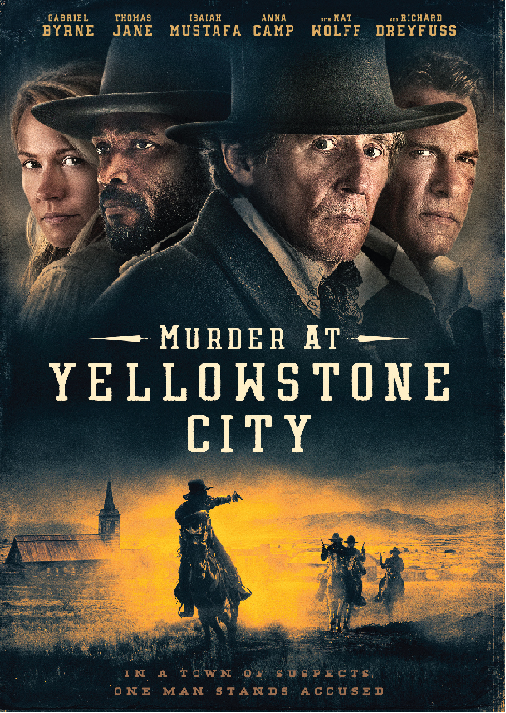