Sometimes the biggest secrets that friends have aren’t the demons they’re hiding from the world together, but actually the ones that they’re concealing from each other. That’s certainly the case for actors Ryan Guzman and Kyle Gallner‘s characters of Max and Drew in their upcoming horror movie, ‘The Cleansing Hour.’

RLJE Films is set to distribute the drama on VOD, Digital HD and DVD on Tuesday, January 19. The DVD, which will be sold for an SRP of $27.97, will include such bonus features as a Director Commentary, the ‘On the Set of ‘The Cleansing Hour’ featurette and ‘The Cleansing Hour’ Short Film.

In honor of ‘The Cleansing Hour’s disc release, ShockYa is offering two lucky winners a DVD of the feature. To enter, email us at ShockyaGiveaway@aol.com. Let us know that you’re entering to win the ‘The Cleansing Hour’ DVD giveaway in the email’s subject line, and include your mailing address in the message. You have until January 19, the day of the movie’s release, to enter, and you can enter the contest once daily. On January 19, we’ll pick the winners at random, and notify them through email. Good luck!

In addition to Guzman and Gallner, the drama also stars Alix Angelis. ‘The Cleansing Hour’ was directed and produced by Damien LeVeck. He also made his feature screenwriting debut, as he co-scribed the script with Aaron Horwitz.

‘The Cleansing Hour’ follows Max and Drew run a popular webcast that streams supposedly live exorcisms that are watched by millions across the globe. In reality, the exorcisms are just elaborately staged hoaxes that are performed by paid actors.

But their fortunes take a turn when one of the actors becomes possessed by an actual demon and takes the crew hostage. In front of a rapidly growing audience, the demon subjects the crew to a series of violent challenges, which threaten to expose the dark secrets they’ve been hiding from each other, unless they come clean and reveal they’re impostors before the show is over. 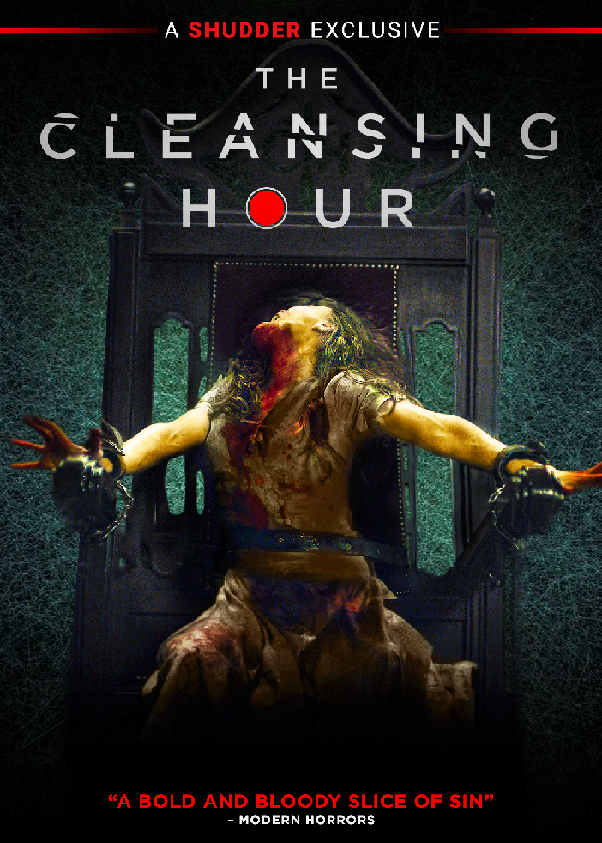