The most powerful, sentimental films are often those that emotionally engage their viewers through their characters’ relatable daily journeys. That’s certainly true for writer-director-producer Bradley Rust Gray’s new drama ‘blood.’ The movie allows its audience to witness actress Carla Juri’s protagonist of the recently widowed Chloe as if they’re her friend, and are sharing the weight of a relative’s death with her.

‘blood’ had its World Premiere in the U.S. Dramatic Competition section on Monday at the Sundance Film Festival. The drama’s second virtual screening period is available until this morning at 10am EST.

In ‘blood,’ Chloe travels for work to Japan, where she’s welcomed by an old friend, Toshi (Takashi Ueno). Sliding between the melancholy of loss and the awe of changed perspectives, Chloe wanders an unfamiliar landscape where love has carved all the guiding grooves. ‘blood’ explores the site where fragile love can emerge from immovable pain. With quiet restraint, fresh rhythm, and unforgettably rich performances, the subtle study of togetherness and apartness captures the vibrancy of internal life. The story observes the resilience of life and love, the surprise of desire, the barriers of language and the staggering impact of relationships.

Gray and Juri generously took the time recently to talk about penning, helming, producing and starring in ‘blood’ during an exclusive interview over Zoom. Among other things, the filmmaker and actress discussed that the inspiration for the script came in part from the sribe’s personal experiences with death throughout his life, which helped the performers take an unconventional, but equally genuine, approach to playing their characters. The duo also shared that they’re honored that the movie was chosen to have its World Premiere at the Sundance Film Festival.

The conversation began with Gray revealing why he was inspired to write the script for ‘blood,’ and what the process of scribing the screenplay was like. “Originally, I was working on the script with a friend of mine who’s an actress, as well. The thing that she and I had in common was that someone close to her had passed away, and my parents died when I was a kid,” he shared. “So that became the theme of this story.

“It didn’t end up making the film with her, but that’s what established the script. I then found Carla, and we went from there after that,” the writer continued.

“It was then mainly about finding the right person to play the Toshi character, and when we did, we would adjust the script to him. The framework between the friends in the story is pretty simple, though,” Gray added.

Juri then delved into why she was interested in playing Chloe, and how she became involved in starring in the drama. “I really liked Brad’s approach, which was unconventional and freeform. He was trying to find me, and I was trying to find him; we were trying to find each other without rush – everyone takes their time,” she noted.

“In the meantime, the camera rolls, and I thought that was beautiful and authentic to an experience of loss. I had a lot of admiration for the honesty Brad had come forward with, so that I could bring all of my honesty to him,” the performer also shared. “That happened a lot of the time, so I was full of emotion for him and his experience, and for my subconscious, as well.”

Once the script was complete and Juri signed on to star in ‘blood,’ Gray embraced the experience of then moving on to direct the feature. He discussed how penning the screenplay influenced his helming style on the movie, and what his overall directorial style was like on the set.

“It’s exciting when you’re writing a script because you’re creating this world. But it’s like making a recipe and you don’t have all of the ingredients yet, so it’s still hypothetical,” the filmmaker explained. “There may be something waiting for you than what you initially thought.

“It’s so exciting when you find the actors and work with them on set. We had spent such a long time to get there,” Gray shared. “I think Carla and I knew knew each other for about a year or two before we started filming…

“I think it was almost two years,” Juri chimed in.

“Yes, it was almost two years,” the helmer agreed. “Being able to be on set was a rush of excitement. If we were outside and it started raining, we’d say, ‘Oh, this is great, it’s raining. Let’s figure out something to shoot.’ We all mutually felt that everything was a gift.

“Most of the film is scripted, but we also tried to set up situations where some of the scenes could be spontaneous. Or a scene would just list an action in the script, and we just weren’t sure what was going to happen. That was really a fun experience,” the filmmaker divulged.

Further speaking of working with the rest of the actors, Gray then delved into what the casting process was like for ‘blood.’ “I spoke to actors in Japan…A friend of mine sent me a YouTube video of Ueno playing music, and (my friend) said, ‘You would like this guy.’ This friend of mine also knew that I like working with non-actors, too,” Gray shared.

“I then talked to Carla about the idea, and by chance, Ueno was going to be in America when I was in New York, and we had Thanksgiving together. I asked him to be in the film and he said yes,” the director shared. “He understood that he would just trust me, and we would go on the journey together.

“We later found the woman who plays the Grandmother, Sachiko Ohshima, in the countryside. We were looking for someone for Chloe to interview, as in the story she interviews people. So it made sense that she might just find somebody,” Gray shared.

“We were driving outside of town and thought, we’re going to stop the nest person we see. We then saw this old woman sitting outside of her house, so we pulled over and asked if we could film her. We did some scenes with her, and then later, we cast her as the Grandmother,” the filmmaker revealed. “She’s magical, and it was such a gift to work with her.”

“It took a lot for the crew to be able to accept that, too. Our line producer was like, ‘Okay, sure,'” Gray continued. He added with a laugh: “I had an assistant translate for me on the subway. I’d see an older person and tell my assistant, ‘Follow them!’ We ran around Tokyo after these little old ladies, and I asked my assistant to ask them if they wanted to be in the movie. But it didn’t always work.”

Once the rest of the actors were cast, Juri enjoyed the experience of working with them to build their characters together. “Brad basically just introduced me into his world, which was amazing during the shoot. He introduced me to his old friends, and we were hanging out with them. So I felt extremely privileged to spend time with, and observe, these artistic people. That was Brad’s way of introducing me to the style in his work and subtly demanding the performance he wanted,” she shared.

“I pulled some stuff for my performance, but I didn’t have to worry. If he liked something, he would tell you that it’s magical, but if he didn’t like something, it was just something that we tried. Everything was so organic, but there wasn’t any pressure, which helped make everything happen,” the actress continued.

“I had lived in Japan before, which is part of the reason why I wanted to shoot there…You also see the world in a different way when you’re not in an environment that’s not your own. Also, I knew working with Eric (Lin), our cinematographer, there would be amazing,” the helmer revealed.

“I also have good friends in Japan who helped me on the film, like the one who showed me the video of Ueno. They suggested particular locations where we should shoot. Ueno also suggested place; he was like, ‘Oh, this is the record store where I hang out,” Gray divulged. “Whoever was friends with Ueno was also friends with us.

“There’s this guy who I call The Godfather because he owns about 10 restaurants. Ueno told him we were making the movie and he said, ‘Okay, let’s go; I’ll show you all my restaurants, and you can shoot in any of them, if you want,” the filmmaker shared. “The restaurant were Ueno has his date is one of The Godfather’s restaurant, and he later threw us a potato party there.

“It became this wonderful experience because a lot of people who helped us in Japan were sort of playing themselves in the movie,” Gray enthusiastically shared. “The house we film in is actually Ueno’s house. So it was almost like a documentary in that way; we could go in somewhere and find a space and do something spontaneous. But we also had the experience of it being a narrative, so that we could continue looking until we fond something we liked.

Further speaking about Lin serving as the cinematographer on the film, Gray delved into the process of shooting ‘blood’ together. “I did a film with Eric several years ago called ‘The Exploding Girl.’ We adapted a very calm way of moving the camera, but the life in front of the camera is a bit spontaneous and interesting,” the director stated.

Gray also shared that he’s inspired by fellow helmer Hou Hsiao-hsien, especially in terms of the cinematography for the new movie. Gray noted that “The idea of making something in the world with real people walking around, and you keep a low profile with the crew while the cameras are far away, interested me. Nobody knows you’re filming. Then you can find all these accidents that happen that become little gifts to the film.”

Besides writing and directing ‘blood,’ Gray also embraced the experience of serving as a producer on the project. He explained why he decided to also produce the film, and how he balanced his helming and producing duties during the shoot.

“David Urrutia helped me produce this movie the most. He had made a film with Kelly Reichardt, and we met him then. He and his partner Elizabeth (Cuthrell) have a (film and theater production) company called Evenstar Films. David was the one I was on the phone with every day for six or seven years,” the filmmaker revealed.

Producing is about “finding the money to make the film the way you’d like it. I wanted to have the most shooting days as possible. So I had 30 days to shoot, which allowed us to have the creativity to do what was needed on set,” Gray noted. “So having team that said ‘I understand the benefit of that,’ and then making it happen, was super important.”

With ‘blood’ having its World premiere this week in the U.S. Dramatic Competition at the Sundance Film Festival, the director embraces the experience of sharing the feature with audiences at the festival. “It’s a great honor to be accepted into Sundance. We’re both really excited to be here, and hopefully audiences like it.” 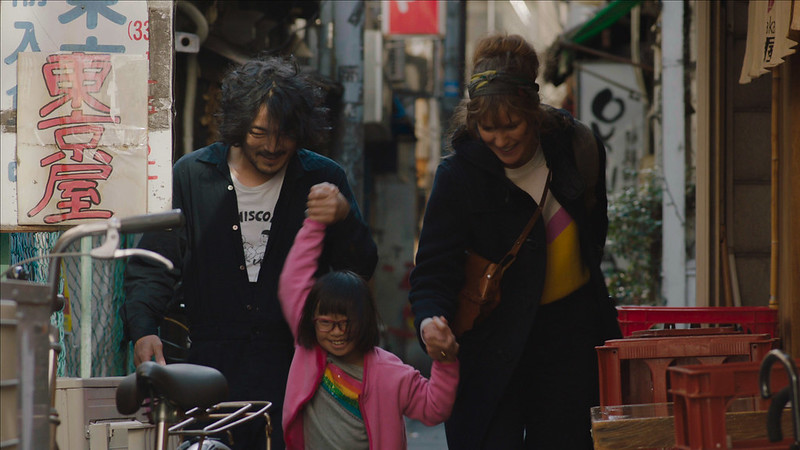