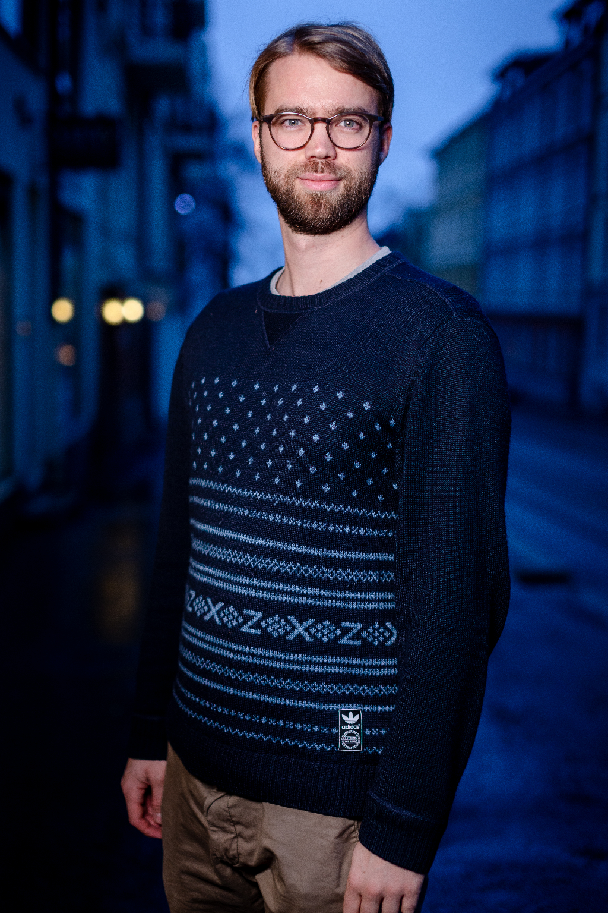 Some of the most interesting documentaries are the ones that show the stark contrasts between two distinctly different people, and the conflicts-and surprising resolutions-that arise from those differences. The disparities, and ultimate settlements, between the preconceived protagonist and antagonist of the new Norwegian documentary, ‘The Painter and the Thief,’ which was directed by Benjamin Ree, will take viewers on a fascinating journey through the art industry.

The movie’s story showcases how some socially elevated painters and sellers who have a multitude of cultural capital become inadvertently intertwined with society’s perceived lower-class criminals who have rough backgrounds. The contrasts between the title characters in ‘The Painter and the Thief’ raise questions over the ore-conceived notions about both the artists and criminals who drive the art world.

Neon is set to release ‘The Painter and the Thief’ today on Hulu and VOD, and in Virtual Cinemas and participating drive-ins. The feature’s official distribution after ih played at this year’s Sundance Film Festival, where it won the World Cinema Documentary Special Jury Award for Creative Storytelling.

‘The Painter and the Thief‘ showcases how surveillance footage reveals an Oslo art gallery robbery, during which two large canvases were taken off the premises by two men. It doesn’t take long for the suspects to be apprehended, and one of the thieves, Karl-Bertil Nordland, ultimately admitted that he and his cohort stole the art because they felt the paintings were beautiful.

The admission helped influence the painter, Barbora Kysilkova, to change her mind about the suspect, and she ultimately decided that she wanted to meet the man who made the confession. As a result, she surprisingly sought to form a camaraderie with Nordland, who initially appeared to fit the normal description of a criminal; he has multiple tattoos, already spent eight years in prison and is so detached from taking responsibility for his actions that he has claimed that he doesn’t know what happened to the paintings he helped steal.

But the Czech artist decided to overlook those stereotypes, and spend time with the career criminal who stole her two paintings. After she invited the thief to sit for a portrait, the two formed an improbable relationship that forever linked them.

Ree generously took the time recently to talk about directing ‘The Painter and the Thief’ during an exclusive interview. Among other things, the filmmaker discussed that he wanted to show Kysilkova and Nordland’s bond in a documentary after he read about the thief’s trial in Norwegian newspapers, and felt compelled to chronicle the human drama and bond between them on screen. The helmer also interwove archival footage with new footage he shot of the title characters’ relationship, in order to show all of the dramatic events in both of their lives.

Benjamin Ree (BR): In the beginning, I was researching art robberies, and became fascinated by them. Art is high culture, and robberies are low culture, and the combination of the two really fascinated me.

I then read about this story in newspapers in Norway about the two stolen paintings. So I followed the trial in the newspapers, and quickly realized that it wasn’t a true crime story that I was after. It was really about these two special individuals and their bond with each other.

My initial fascination was with art robberies, but then it changed to the human drama of the story. That quickly took over when I began filming.

SY: What kind of research did you do into the theft of the paintings, as well as the relationship between Barbora and Karl-Bertil?

SY: You started filming Barbora after she and Karl-Bertil first met. There’s also material in ‘The Painter and the Thief’ that predates you filming, such as when you show Barbora painting ‘Swan Song,’ one of the stolen paintings. Was any of that material recreated for the film, or did you get access to archival material?

BR: We were very lucky with this film, as we had a lot of archival footage. A friend of Barbora’s, who’s also a painter, was in her life long before I entered the picture. Barbora’s friend took pictures of the paintings, and she was also at Barbora’s exhibitions. She also filmed part of the trial. We were also lucky because there was surveillance footage of the actual robbery, and also had access to the audio from the trial.

So before I came along, there were already a lot of photographs. That helped me tell the story from the beginning in the present tense. Having all of that material was beneficial to making the documentary.

SY: You shot material for the documentary over a course of three years, and in that time, quite a lot happens in the case against Karl-Bertil. How did you decide how long you would shoot footage for the film, and what the arc of the story would be for the finished feature?

BR: I really like documentaries that are filmed over time, because you can see the changes in the subject.’The Painter and the Thief’ is a film that allows you to follow these people over many years, and they changed over that time. I think that was crucial for the movie.

When I began filming, I wanted to film for a long time, in order to capture the dramatic events in both Karl-Bertil and Barbora’s lives. Most other documentaries like this one would only focus on the artist, but I wanted to break that cliché, and also see the world through the muse’s point-of-view. I felt that was the only way that I could create a story that would show what an intelligent, charismatic guy he is.

SY: Besides helming ‘The Painter and the Thief,’ you also served as one of the cinematographers, along with Kristoffer Kumar. What was the process of collaborating with Kristoffer on determining how you would shoot the movie?

BR: For me, how filmmakers film people is a very personal choice. So I wanted to film a lot of the documentary myself; I shot about 70 percent of the movie. Filming the documentary myself was a way for me to express myself, and how I view the people in the story. I think how you film someone, and the structure you choose to create the story, for a documentary is also an ethical choice, and is really important. So being one of the cinematographers on this movie helped me create how Karl-Bertil and Barbora would come across in the final version of the film.

SY: After you completed the principal photography phase of ‘The Painter and the Thief,’ what was the process of putting the film together with editor Robert Stengård?

BR: The film was shot over a three-year period, and then we edited it for three months. I was lucky to have a really great editor, Robert Stengård, with me. I also helped edit the movie.

We also did that to play with time, so that we could explore the themes of the movie on a deeper level. Exploring the themes is what we do as humans, and helps us appreciate others. So to explore those themes in a complex way, and see this world from the two perspectives, allowed us to really dig into the story.

SY: Neon is releasing ‘The Painter and the Thief’ on Hulu, VOD, virtual cinemas and participating drive-ins. What was the process of securing the distribution deal for the documentary?

BR: Of course, the best way to show this movie would to be in the cinemas, so having a theatrical release abroad was our initial plan. With the state of distributing movies changing so much recently, I feel lucky that we have Neon on board, and we’re able to get the film out to the world on such platforms as VOD and virtual cinemas. While I’m sad that we can’t still have the theatrical release, this distribution is the best option right now. I’m very excited to be working with Neon on this type of digital release.

Name
Benjamin Ree
Website
https://neonrated.com/films/the-painter-and-the-thief
Job Title
Director of the documentary, 'The Painter and the Thief'