Emphasizing the significance of creating an open and tolerant environment, not only within families and local communities, but American society as a whole is one of the major driving forces in the songs from rock new wave punk band, Lesibu Grand. The Atlanta-based group, which is led by singer-songwriter Tyler-Simone Molton, blends uplifting instrumentals with lyrics that tackle political and social issues and emphasize the importance of being able to rely on family and friends during society’s most challenging moments.

Molton is accompanied by her fellow songwriter, John Renaud, who also serves as the bassist, as well as Brian Turner on guitar, Lee Wiggins on drums and and Warren Ullom on keys to round out Lesibu Grand. The quintet has also grippingly been able to celebrate their influences in such other genres as hip-hop and indie pop while infusing their personal exploration into the struggles of contemporary society. The musicians’ insightful investigation into how adults balance their personal relationships and societal conflicts is also supported by the stunning interweaving of their vocals and instrumentals.

Lesibu Grand recently shared its important messages when it performed at Swan Dive Patio in Austin during this year’s SXSW in March. The show was presented by Punk Black, an Atlanta-based, multi-media collective of artists who are committed to creating a radically inclusive space for BIPOC creatives. After performing around Georgia for years, the collective realized there was a clear need for safe alt-space for BIPOC artists on a national scale. As a result, Punk Black decided to host the showcase during the music festival this year.

Molton generously took the time to participate in an exclusive interview during SXSW. Among other things, the singer-songwriter discussed that she and her bandmates strive to give energetic performances that interweave fun moments with the significant issues they incorporate into their lyrics. She also mentioned that she enjoyed the experience of performing at SXSW, as the festival featured a fun environment where she and her follow musicians had an enjoyable time.

The conversation began with Molton explaining why she was interested in becoming a musician, and how she launched her musical career. “It started pretty early on for me. I always liked to sing when I was younger, and learned how to sing when I was about six-years-old. At the time, I thought, I’m actually a good singer! So I had dreams of becoming a musician as a career since that age.

Molton then explained how she formed Lesibu Grand as a group in particular. “The band started in 2018 when John Renaud, who’s the bassist from the band, and I decided to start playing together. We had been friends for a few years because my mom worked with him while I was growing up. So I always knew him and that he was a musician. He also knew that I was in other bands, as well.

“We actually ran into each other at a The Pains of Being Pure at Heart show in East Atlanta at a bar called The Earl. We just started talking and said, ‘It would be cool to start a band together that sounds like M.I.A.’ because he was in a funk band and I’m a vocalist. So we thought it would be cool to do those funky beats with cool vocal lines over them that was experimental,” the musician continued.

“We then had our first band meeting and introduced Brian and Lee, the band’s guitarist and drummer. We then morphed into an indie rock band, which is something that we didn’t think we would be, but it was a happy accident in a way,” Molton added. “So that’s how our formation began.

“We do draw from very different influences, since we come from completely different backgrounds. That’s why I think we have a very unique sound,” the performer noted. “A lot of people compare us to Blondie, the Pixies and The Talking Heads, though, because we share the same interests with those types of bands. That’s how it started, and where it’s going, who knows?,” she revealed with a laugh.

Further speaking of the other bands who in part inspire Lesibu Grand, Molton divulged how they influence her and her bandmates’ writing and performance styles. “For performance style, I pull from pretty much any pop artist, because that’s who I saw growing up. I watched the VMAs and shows like that, so anyone from Beyonce to Katy Perry and Tyler, the Creator.”

The singer added that Lesibu Grand’s interaction with their audience during their shows is “very interesting. After we started playing together 2018, the pandemic happened, so we really didn’t have a (live) audience for awhile.

“We were actually doing a lot of shows virtually, so we had to learn how to play to the audience in that way. I think that actually helped because sometimes you have a show where a lot of people show up, and then other times, not so much,” Molton divulged.

“As far as songwriting is concerned, John and I are the primary songwriters in the band, and we basically collaborate. We do it in very different ways for each song; it just depends on the situation,” the songwriter shared.

“Sometimes I’ll come up with the melody when I’m at home, riffing on the guitar by myself. Then I’m like, ‘Oh, I came up with a cool chorus!’,” Molton shared. “Then I’ll bring it to John, and he and I develop it from there. We’ll then bring it to the band,” she continued.

“Other times, it’s him doing that; he’ll come with something and bring it to me, and I develop it,” the performer also noted.

“Sometimes, we’ll also have jam sessions at our practices that turn into songs. At one of our songs was a jam that we had about a bottle of wine-we said, ‘Let’s write a song about this bottle of wine, and then we wrote it,” Molton revealed.

Being able to share Lesibu Grand’s tracks at SXSW was an experience that Molton and her bandmates cherished, but one that she also described as being “interesting. They always say the expression here is, Keep Austin Weird. I wouldn’t say it’s weird; I would instead say it’s very eclectic.

“It’s been very fun being here; it reminds me of a mixture between New Orleans and Athens, Georgia, just because of the dive bars, and everyone seems to be interested in music. It’s very much a party town with a late night scene,” the singer continued. “So I like it here. The experience has been great!” 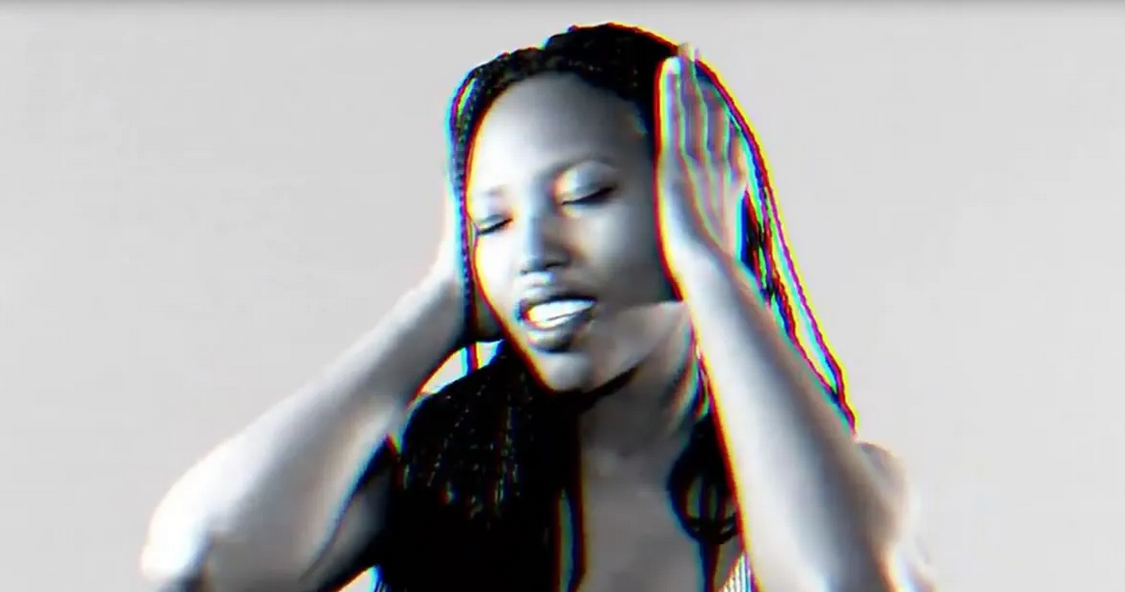